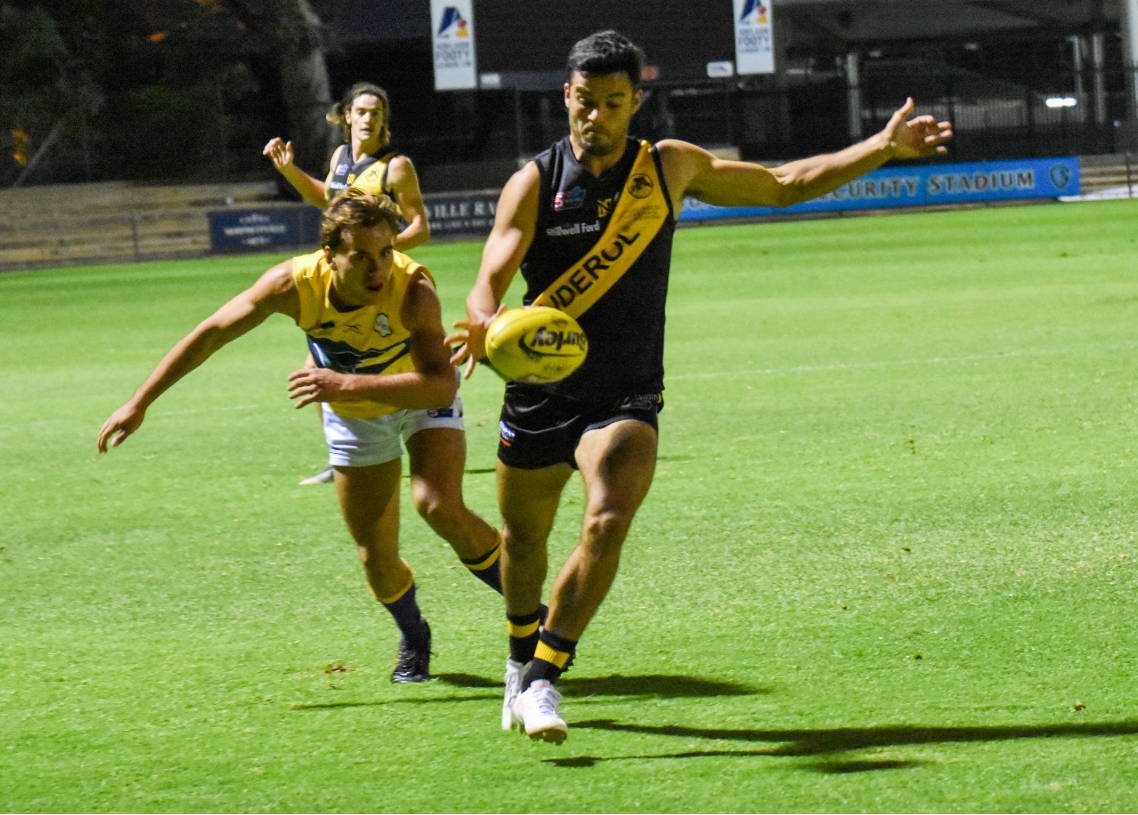 Glenelg's Billy Stretch gets a clearing kick in a trial match against the Eagles earlier this year. Picture - Gordon Anderson

Glenelg was delighted to welcome Billy Stretch back to Brighton Road at the end of 2019.

While the Tigers’ junior product was unlucky to be delisted by Melbourne after 47 AFL games since 2015, he looms as a smooth-moving recruit for premiership mentor Mark Stone.

Making his Statewide Super League debut for the Bays in his draft year of 2014, the 23-year-old is entering the prime of his career, determined to make an impact in senior SANFL ranks.

Coming off foot surgery in the off-season, Stretch can line up for the Tigers on the inside or outside of the contest in the midfield while also offering the flexibility to play across half-forward or half-back.

Joining the likes of Magarey Medallist Luke Partington and Jack Oatey Medallist Matt Snook in the centre square, Stretch won’t be relied upon to be a major contributor which should allow him to settle in seamlessly.

Importantly, he offers the ability to carry the ball across lines with his exceptional aerobic capacity while also looming as a long-term leader at the club should he not find his way back on to an AFL list in the future.