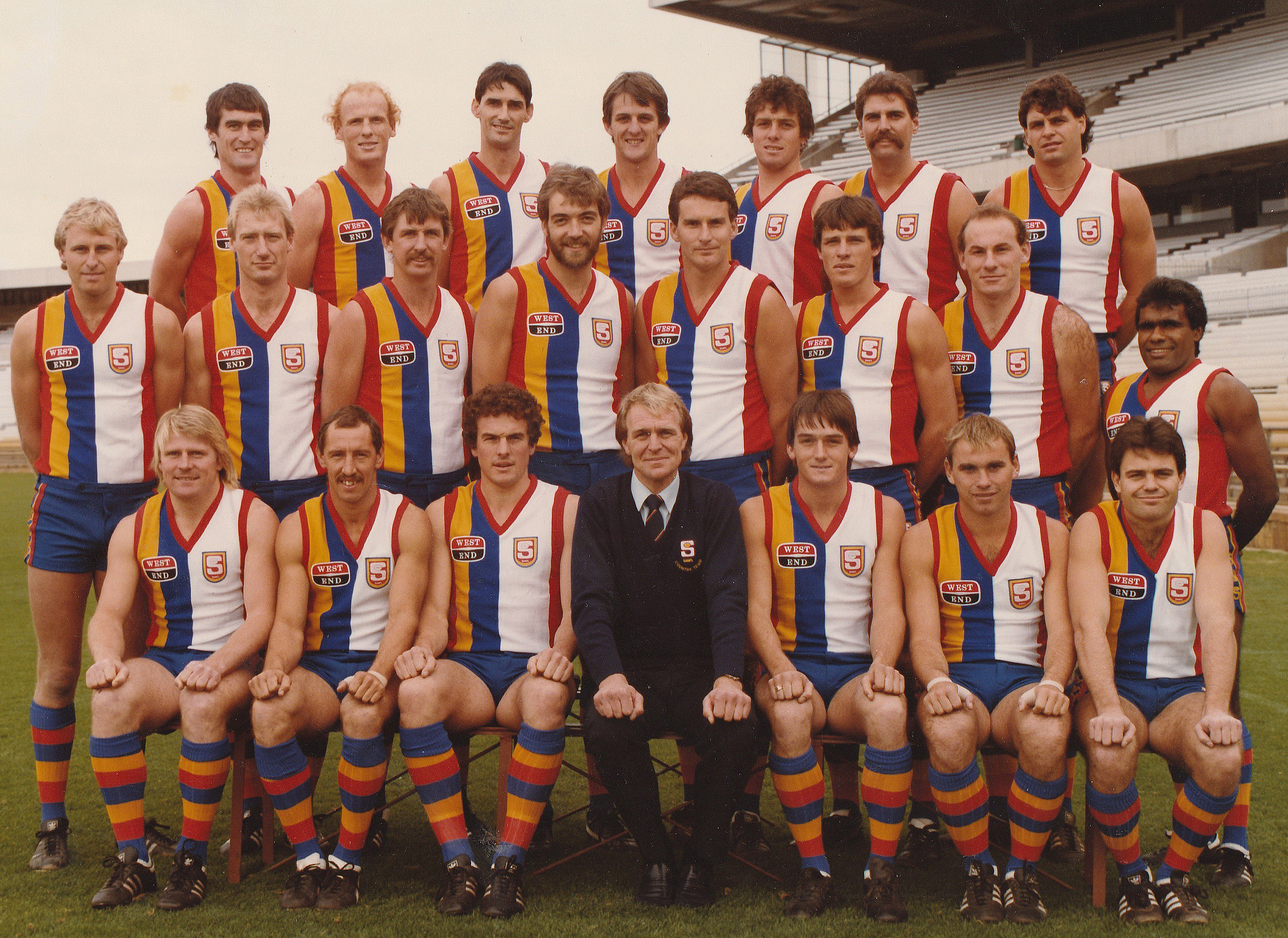 It was a game which etched names into country footy folklore – the inaugural victory for the SA Country team in 1985 coached by Graham Cornes.

The squad, which travelled to Perth for the third annual interstate contest between these combatants in July of the ‘85 season, included Richard Arbon from Balaklava Peckers on the Adelaide Plains, playing for a third successive campaign, former Glenelg footballer David Bradley, back with the Kybybolite Tigers, James Boles from Willsdon, Peter Calliss from North Whyalla, Greg Cook from Hatherleigh in the Mid South East competition, Paul Crate from Loxton and fellow Riverland footballer Trevor Gill from Renmark.

Other members of this breakthrough side were Peter Dawson from Central Whyalla, the diminutive Fabian Davey from the now-famous Mallee Park Football Club in Port Lincoln, Phil Forster from Edenhope, along with the Broken Hill pair, ruckman Peter Johns and rover/forward Visco Sulicich.

Emergencies for this game were Geoff Davies from Two Wells, Brian Peckover from Wisanger on Kangaroo Island, Brett Woolford from Laura-Wirrabara and Rudy VanDer Biesson from Barmera Monash.

As quoted in a newspaper report on the contest:

A highly skilled South Australian country team broke through for its first interstate success when it beat WA country side at Subiaco Oval on Saturday.
Led by half forwards Ian McKay and Visko Sulicich, ruckmen Peter Johns and Uwe Oestermann, defender Kim Smith and wingman Fabian Davey, SA Country scored an impressive 28-point victory. South Australia set up the win with powerful bursts of football in the all-important third quarter.

Strongly-built key position player McKay, a 121-game league footballer at the Ponderosa between 1977 and 1982, remembers the contest well.

“In that state game, with (the late) Kim Smith, we made a point of focusing on going across and getting the right result,” McKay said.

“You felt a number of the players were just happy to get a jumper and play for their state, but we were pretty driven to ensure that we made the most of the trip.

“It was great fun and I really enjoyed the experience, made better by winning.

“During the training they talked about playing me at full back but I kept going out and having shots at goal.

“I missed a few early but finished with a good handful.”

Classy Sulicich from the Central Broken Hill Magpies was playing his second of three state country games in consecutive years.

“It was a pretty open sort of game, which you could back you skills in, if you could find the footy,” Sulicich recalls.

“Back them you were allowed to nominate one or two players and generally most league had one player selected, and if you were lucky you got two.

“The game had 20 different blokes from all over the state.

“We played as a curtain raiser to the State League game between SA and WA and afterwards the boys from both sides mingled together which was great.”

SA Country coach and now AFL Hall of Famer Graham Cornes was in the midst of one of his biggest seasons as a senior SANFL coach with Glenelg and would take the Tigers to a third league premiership that year.

“I remember the schedule being busy, but it was an honour to be asked to coach this side so we just made sure it happened,” Cornes said in a recent interview.

“There were some guys that I’d already played alongside of, like David Bradley, and against, like Ian McKay and Kim Smith.

“I remember ‘Scratcher’ McKay being a potent force attack and our ruckman competing well all day against bigger opponents, while Fabian Davey was outstanding on his wing when he came on during the first half.

“There was a real camaraderie within the group and they got the opportunity to mingle with the SANFL state boys that played in the game afterwards.

“The only disappointing aspect from my point of view was the players weren’t wearing the traditional SA red jumper with the blue and gold V on the front.”