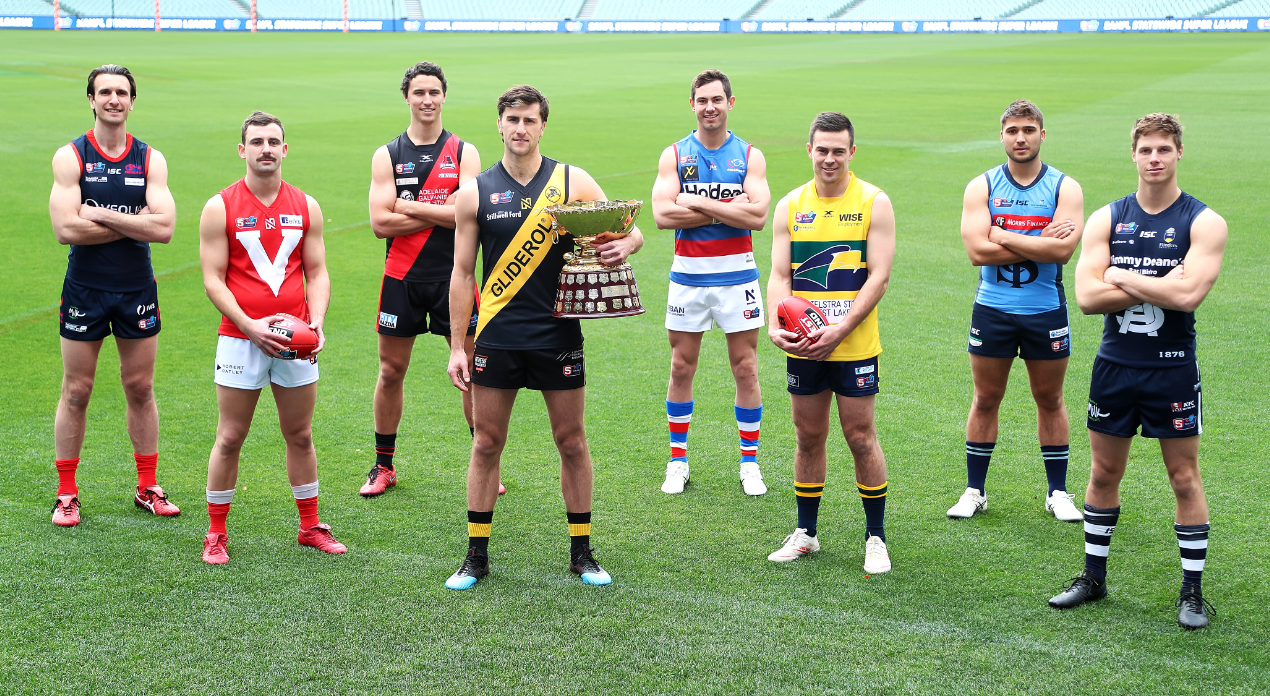 Central coach Jeff Andrews has changed the make-up of his back six ahead of the must-win clash with North at X Convenience Oval.

Inexperienced pair Jack Toner and Dylan Weaver have been selected in the back pockets, with the latter set to play his first League match of the season.

Marcus Barreau, Brendan Dew, Jackson Kelly and Nick Gillard have also been called upon, with the latter to start on the wing.

Key forward John Butcher injured his hamstring against Norwood in Round 4 while Ethan East has been ruled out with an ankle injury.

Half-forward Justin Hoskin will play his 150th Statewide Super League game after making his debut for Port Adelaide in Round 8 of 2011.

North Adelaide ruckman James Craig has recovered from injury to take his place in the starting 21 to face Central at X Convenience Oval.

Sidelined by an elbow issue, Craig is the sole inclusion into the Roosters’ 23-man squad.

Five players – Chris Barns, Harrison Magor, Keanu Miller, Lee Minervini and Mackenzie Slee – have been named on the extended interchange bench with one to be trimmed before the bounce.

Glenelg has regained two premiership players for its contest against the Eagles at ACH Group Stadium.

Smooth-moving forward Marlon Motlop has been listed on the extended interchange bench after missing the past two matches with a calf complaint.

Defender Jonty Scharenberg has been named to start in the centre square after being recalled from the Reserves.

Utility Todd Slade and possible debutants Angus Weir (20, 177cm and 74kg) and Dylan Morton (21, 183cm and 80kg) have also been included on the seven-man interchange bench.

Finn Betterman and Brad McCarthy have been omitted.

Woodville-West Torrens will be without its captain for the encounter with Glenelg at ACH Group Stadium.

Key defender Luke Thompson was unable to shrug off a corked thigh he had been carrying for a fortnight after being restricted in the Eagles’ Round 4 win against North.

Tom Schmusch and Jake Westbrook are among the potential replacements for Thompson after both were added to the seven-man extended interchange bench.

Strongly-built midfielder Jack Firns and delisted Power rookie Kai Pudney have also been included for potentially their first League games of the season.

Premiership utility Matt Goldsworthy will play his 200th Statewide Super League game after making his debut in Round 18 of 2008.

South Adelaide coach Jarrad Wright has the benefit of a settled line-up ahead of the contest against West at Flinders University Stadium.

Wright has included three versatile utilities into his 25-man squad, with Jesse McKinnon, Tyson Brown and Anthony Biemans all listed on the extended interchange bench.

Brown (groin) and Biemans (calf) have been sidelined by minor injuries with the latter poised to play his first League game of the season.

West Adelaide has welcomed back key utility Dallas Willsmore for it match against South at Flinders University Stadium.

Recruited from Hawthorn, Willsmore has overcome a groin strain after being a late withdrawal in Round 3.

He is one of four inclusions to the Bloods’ 25-man squad along with tall forward Jade Cleeland, possible debutant Tom Morrish (20, 179cm and 81kg) and premiership wingman Hugh Haysman.

Reliable midfielder Josh Schiller has been sidelined with an ankle injury.

Sturt could unleash a classy half-forward for its huge clash with Norwood at Peter Motley Oval.

Harry Morrison, recruited from NEAFL team Uni NSW, has been named on the seven-man extended interchange bench after recovering from a broken toe.

The 21 year-old, who measures in at 181cm and 77kg, is one of four inclusions alongside midfielder Joel Thiele, defender Will Coomblas and athletic utility Jordan Houlahan.

Houlahan has recovered from a hamstring strain suffered in Round 1.

Norwood has included three experienced players for its blockbuster against Sturt at Peter Motley Oval.

Key utility Lewis Johnston has recovered from a quad strain while speedy wingman Anthony Wilson is a chance to play his first League game of the season after overcoming a calf ailment.

Star recruit Ryan Bastinac could make his League debut after serving his Covid quarantine period having arrived in SA from Queensland via NSW.

Ceduna-bred defender Jacob Collins looks set to hold his place in the side at half-back after making a promising debut in the Round 4 win against Central.