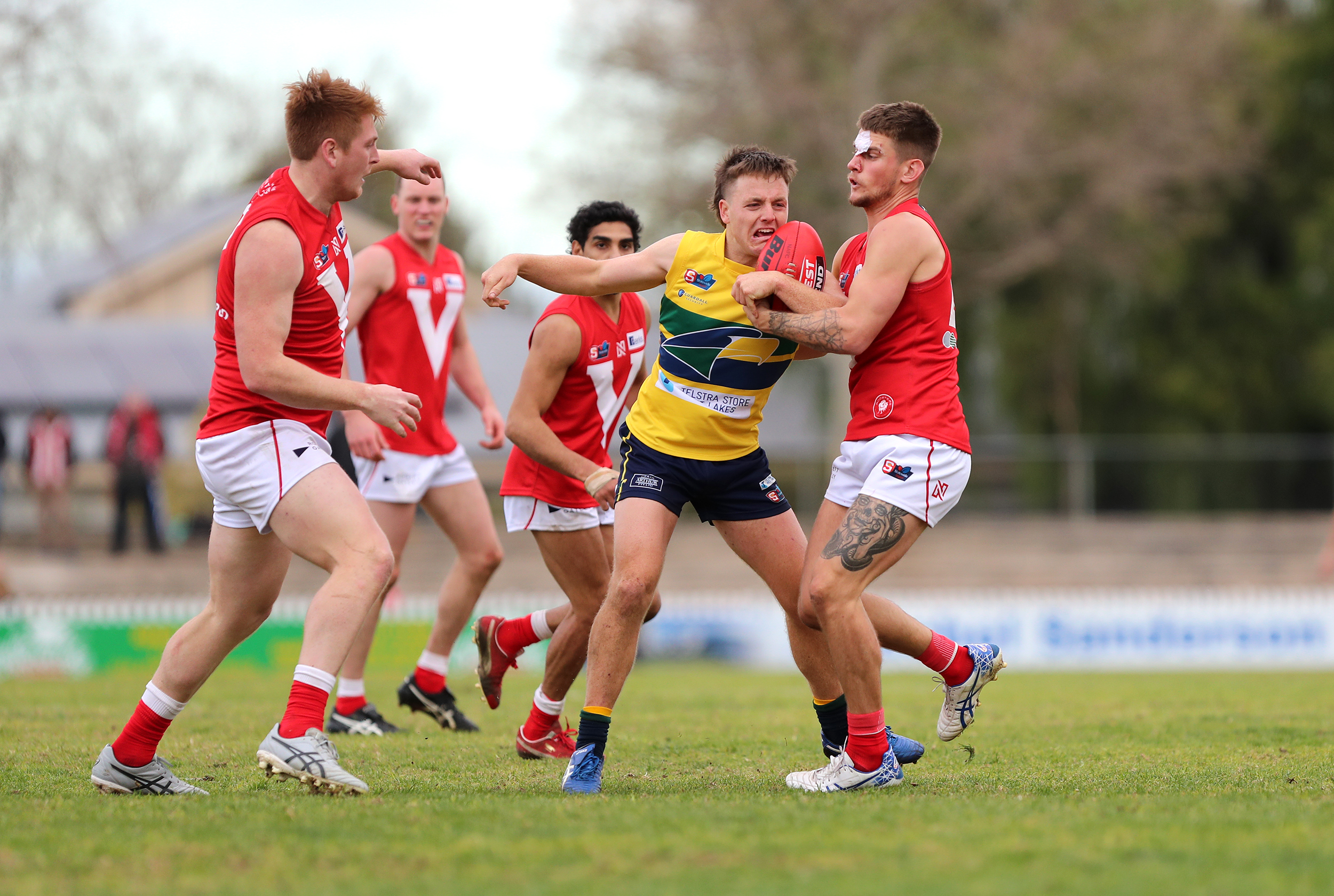 Central District’s Murray Stephenson has accepted a reprimand with an early guilty plea for a dangerous tackle on Norwood’s Will Abbott at The Parade on Saturday.

Jacob Wehr (Eagles) – The 22-year-old from Balaklava has settled nicely into the Eagles’ back six this year, finishing with 18 disposals, seven rebound 50s and four tackles in the win against North.

The Round 8 SANFLW Powerade Breakthrough Player is Sturt’s Tiah Hough.

In her first year of senior football, the 15-year-old has continued to impress, culminating in her producing a strong game against Norwood as an inside midfielder. Hough took the ball cleanly from the ruck before distributing it out to the Double Blues’ runners while also applying exceptional defensive pressure.

The Round 4 Torrens University Cup MVP is the Eagles’ Jase Burgoyne.

The son of Port Adelaide premiership midfielder Peter Burgoyne, Jase Burgoyne racked up 31 disposals, five marks, four tackles, three clearances and a goal in the win against North on Saturday.

There were six AAMI Rookies in Round 4 of the Statewide Super League.