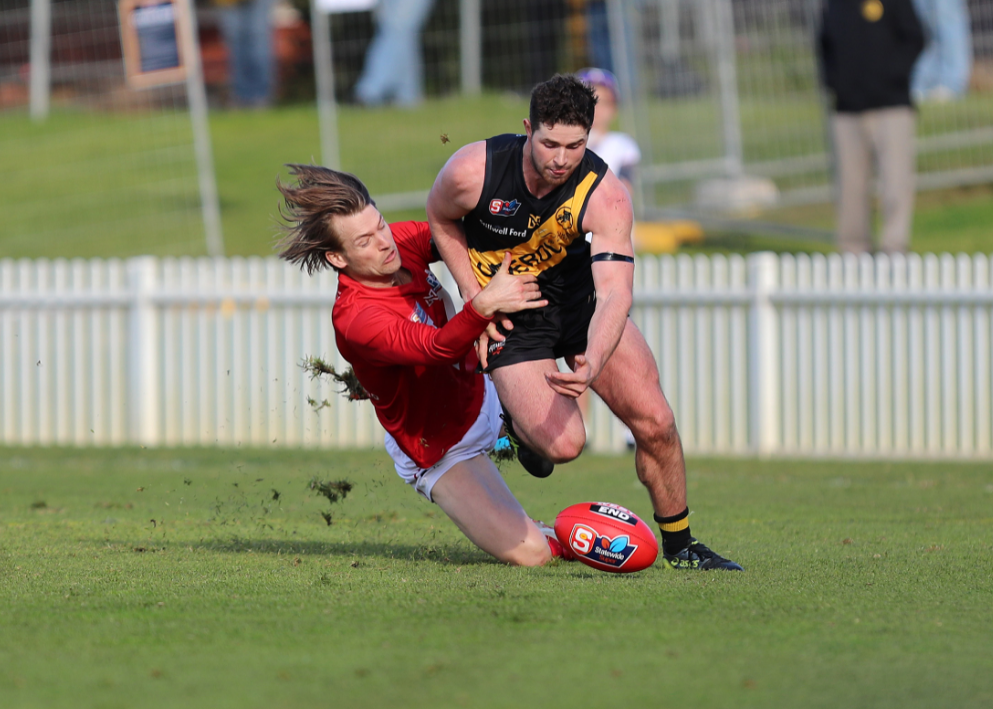 Central District’s Alicia Butler has accepted a reprimand with an early guilty plea for kicking the Eagles’ Renee Forth at Maughan Thiem Kia Oval on Saturday.

Cam McGree (South) – The emerging ruckman continued his promising development with 12 disposals, 10 marks, nine hit outs to advantage and a goal against Central.

Lachlan Jones (Eagles) – The first-year defender rebounded strongly across half-back, with his fierce attack on the ball a feature while collecting 16 dispsosals and six marks.

A member of the Statewide Super SA U18 Girls Academy, the 17-year-old from Hammond in the State’s Mid-North produced another consistent display on the wing after featuring in every game this season.

The son of Jack Oatey Medallist Matthew Powell, the 18-year-old from Unley FC racked up 39 disposals and 14 clearances in the Double Blues’ big win against West.

There were five AAMI Rookies in Round 3 of the Statewide Super League.