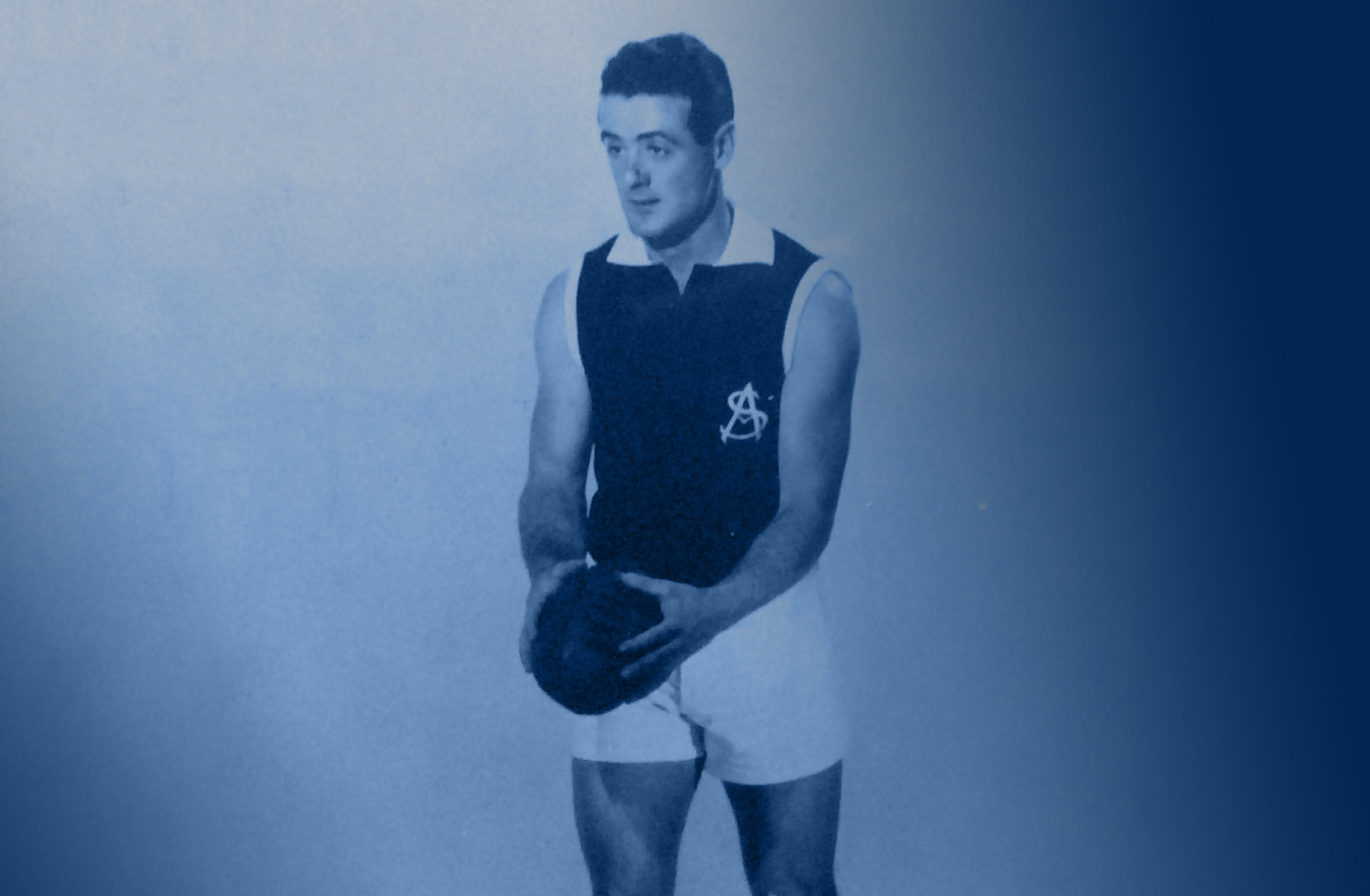 South Adelaide great Jim Deane has had his distinguished career recognised with induction into the Australian Football Hall of Fame on Tuesday night.

The sole Croweater added in the 2019 intake, Deane’s remarkable record eventually rang true on the national stage just as it did with the inaugural list of those inducted into the South Australian Football Hall of Fame in 2002.

Deane’s son Michael accepted his father’s certificate at the gala ceremony in Melbourne, the dual Magarey Medallist passing away in November 2010, aged 82.

“He enjoyed every chance to play with the greats of SA football in the 1950s – Bob Hank, Len Fitzgerald, John Marriott, Peter Aish, Lindsay Head and Geof Motley, with whom he became good friends away from football,” Michael Deane told The Advertiser.

“It is sad he is not here for this moment with the Hall of Fame. But he would have been celebrating this moment as much as all his other success in a game he loved.”

And it’s fair to say that what Deane missed in team success, he certainly made up for with individual triumph.

Despite his beloved Panthers struggling throughout his 157 games between 1945 and 1953 and then again in 1956-57, Deane finished in the top two of the Magarey Medal voting on five occasions while also winning six Knuckey Cups, the club’s best-and-fairest award.

“He never played a final with South Adelaide, but he took solace from his (15) state games with South Australia,” Michael Deane said.

Described as a fierce competitor, Deane perfected the stab pass on his preferred left foot much to the delight of those who played alongside him.

”And a deadly stab kick with his left foot. Sadly, he played at a bottom club and was carrying so much on his shoulders. The only way for those outside SA to understand how good was Jimmy is to make the comparison with Bobby Skilton. And it fits.”

Of course those outside of SA got a taste of Deane’s mastery when he lined up with Richmond in the VFL for 33 games in 1954 and 1955 before returning to his beloved Panthers.

(Richmond premiership coach) Tom Hafey always said it was disappointing the VFL did not get to see the best of Jimmy because he came to Richmond when it was a disorganised club,” Magarey Medallist John Halbert said.

Deane finished his playing career as a star player in Victoria’s strong Ovens and Murray League, as well as being based in Port Pirie while playing in South Australia’s Spencer Gulf Football League.

A Life Member of South Adelaide and a member of its ”Greatest Team’ Ever”, Deane’s name also adorns the club’s bistro at Flinders University Stadium in Noarlunga.