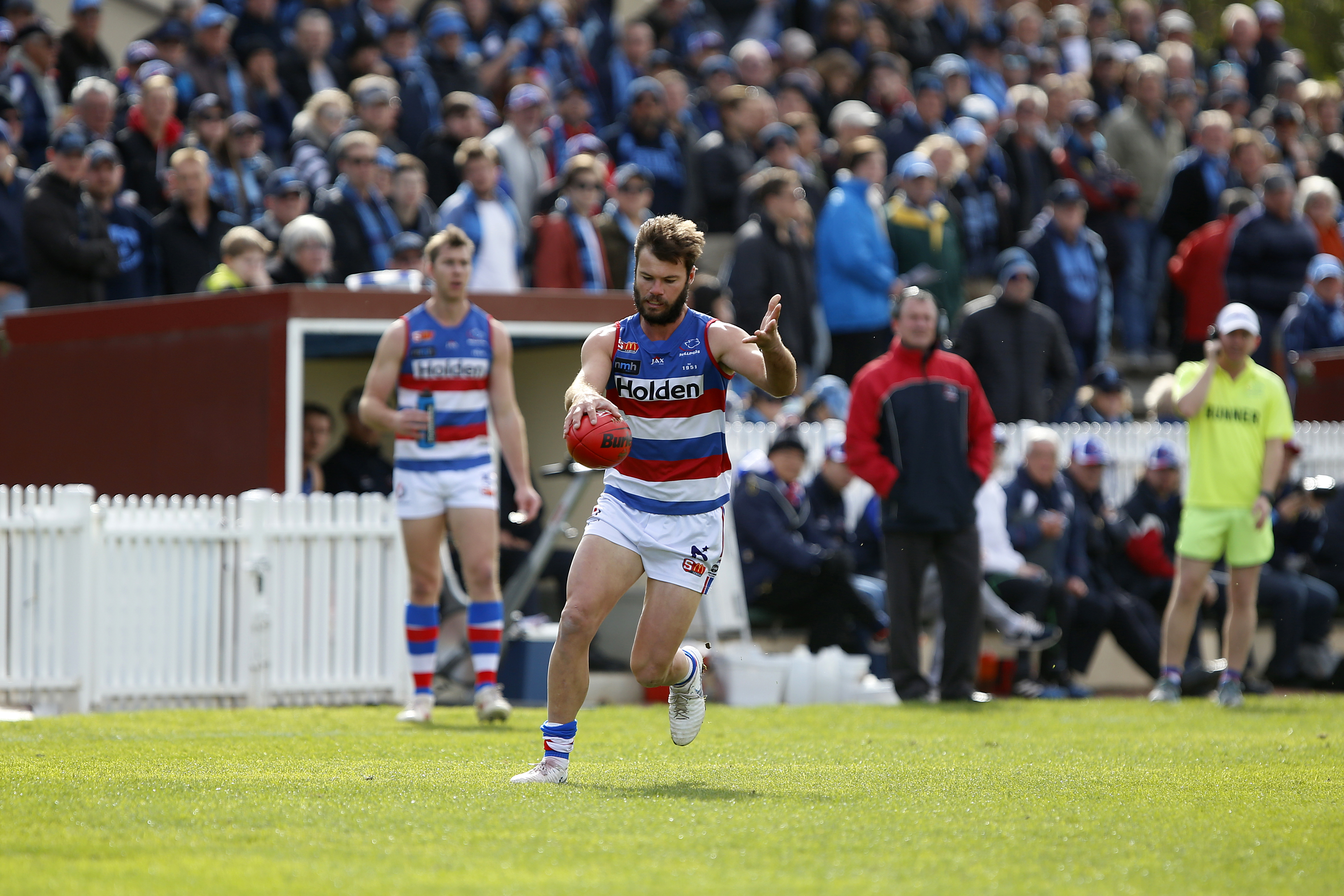 Ask Central’s Justin Hoskin what he would like for his 150th game and the answer is simple.

The Bulldogs’ star half-forward is desperate for his side to string together four quarters of consistent football to register its first victory of the Statewide Super League season.

Speaking on SANFL Radio, the 28-year-old noted Central’s ability to score quickly this year had been matched by conceding equally as fast.

Ironing this issue out in his milestone match against North Adelaide at X Convenience Oval on Saturday will be a key focus as Hoskin reflects on his personal achievement.

Originally from the Golden Grove Football Club, Hoskin made his Statewide Super League debut for the Port Magpies against Norwood in Round 8 of 2011.

And while the Redlegs blitzed his team on the night he was recognised as Port’s best performer whilst also surviving a big clash with Crows forward Taylor Walker, who was lining up for Norwood.

Initially making his name as a dashing half-back, Hoskin played 44 League games for the Magpies before arriving at Elizabeth in time for the 2014 season.

Central’s No.20 has since gone on to become one of the competition’s most dangerous medium-sized forwards with his ability to create a goal and take a strong contested mark for someone standing 185cm and 81kg.

Selected for the West End State team’s successful trip to Perth last year, the qualified carpenter proved his credentials in the upset victory against the Sandgropers.

Now with 105 games and 143 goals to his record in the red, white and blue, Hoskin is searching for success as a new era is ushered in at the Ponderosa under new coach Jeff Andrews.