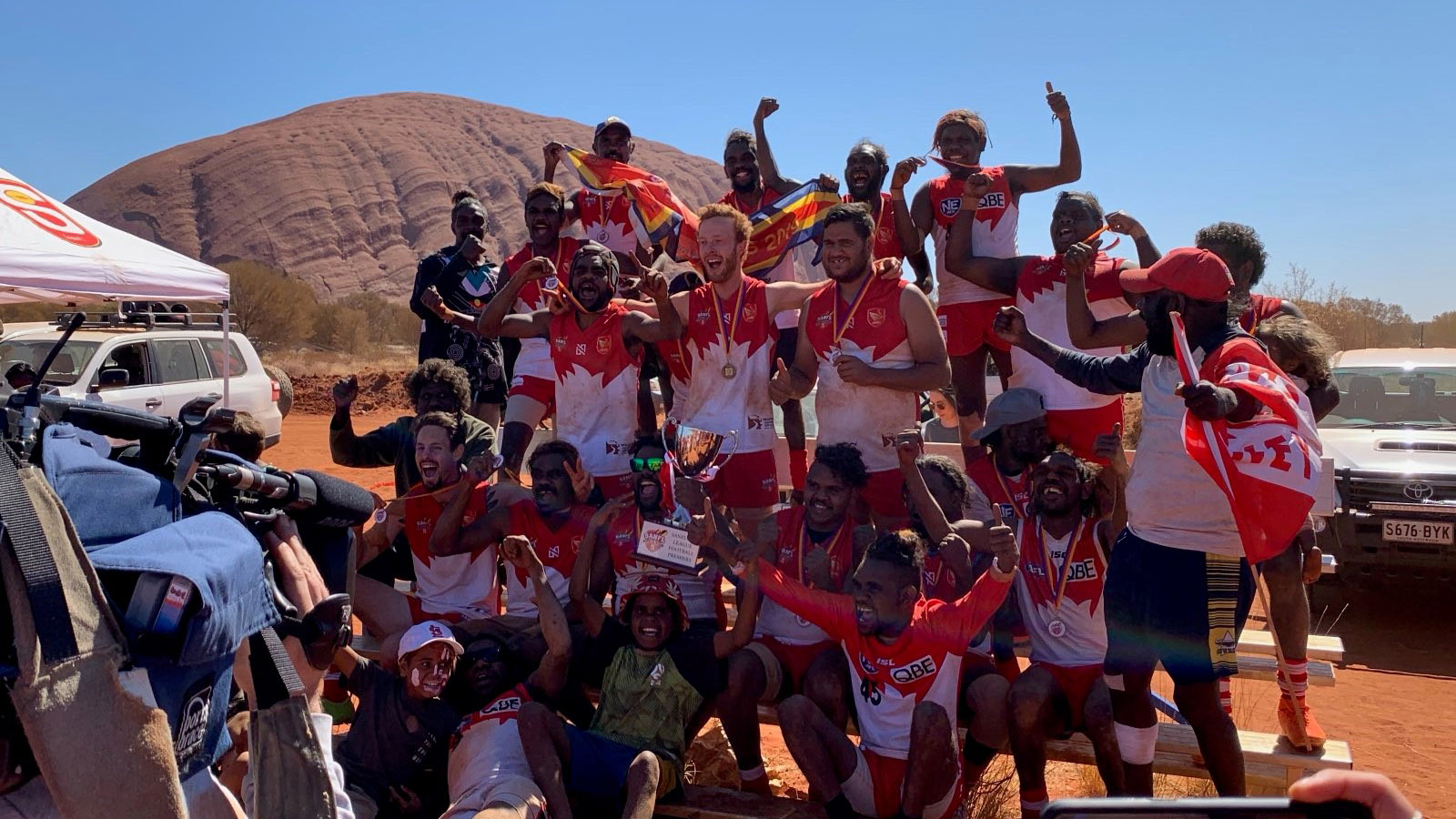 Playing in front one of Australia’s most famous landmarks, Uluru, the Swans managed to hold their nerve in the title-decider after overcoming the highly-fancied Amata in the Preliminary Final.

It capped a stunning rise for the red and whites, who only just scraped into the First Semi-Final at the end of the 15-game minor round competition.

They then toppled the Pukatja Magpies in their opening major round encounter before staving off elimination by winning their next two finals in succession en route to the ultimate glory.

While the Saints were unable to win the premiership, Elijah Walker was named best afield in the Grand Final, Nelson Peters was named SANFL APY League Player of the Year in winning the Don McSweeny Medal and Joseph Tapaya was crowned Coach of the Year.

Jake Kitson, of the Mutitjulu Cats, was the SANFL APY League Leading Goal Kicker for season 2019.

Similar to the Central Swans in the Football competition, the Bulldogs ground their way into the First Semi-Final before winning their three major round clashes in succession to claim the ultimate prize.

Fregon’s Martina Roberts was a significant influence in the result, winning the medal for best afield in the Grand Final.

Having lost both the Football and Softball title-deciders, the Saints displayed tremendous grace in defeat.