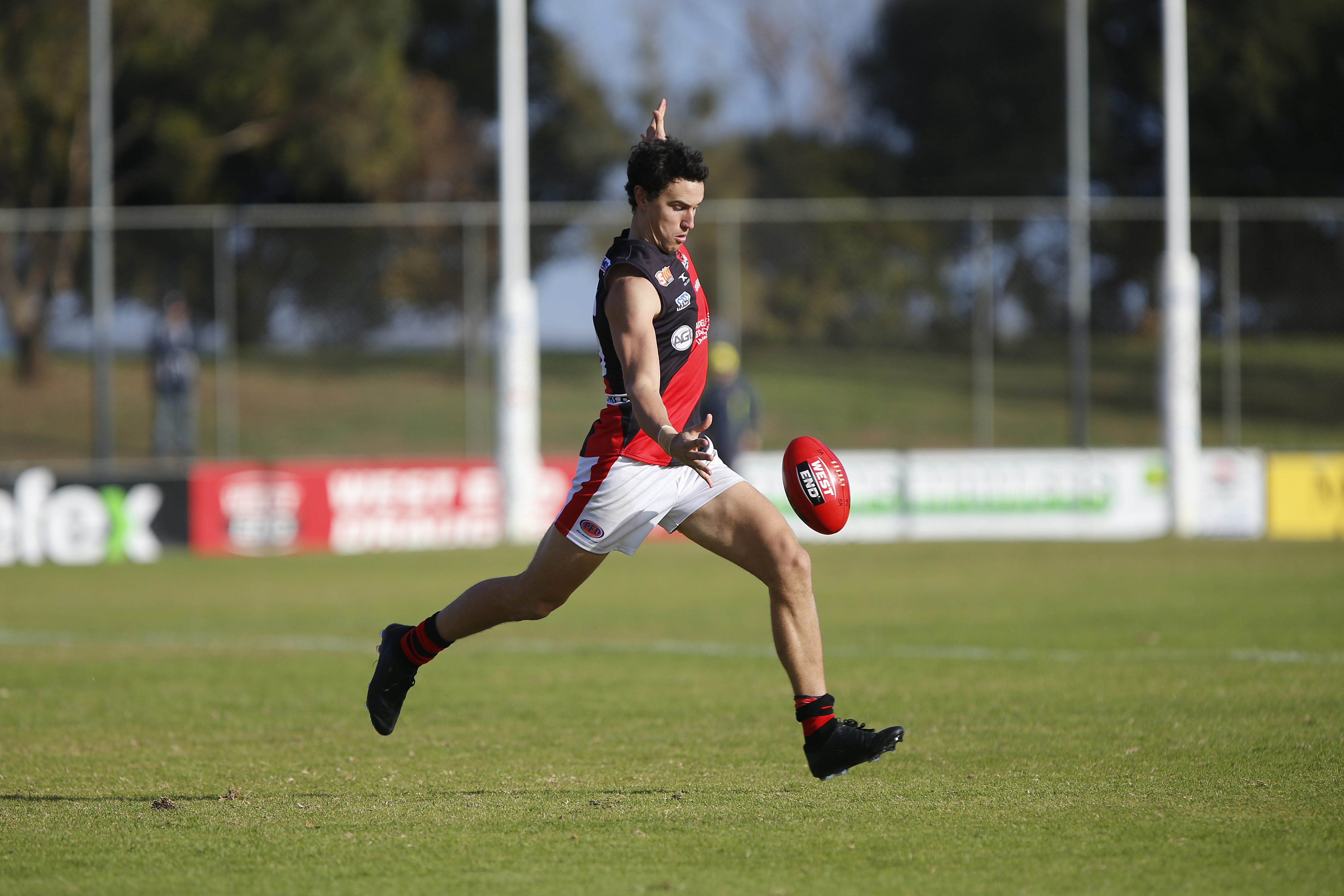 Versatility is Keough’s Key to Reach 100

West Adelaide captain Tom Keough didn’t have time to think about how he would perform as a key defender.

Less than three hours before tackling Woodville-West Torrens in Round 1 of 2014, then Bloods coach Mark Mickan told Keough – a natural key forward – that he would have the assignment on Ken Farmer Medallist Michael Wundke.

By the end of the next season, Keough was lining up on Wundke again, in West’s drought-breaking premiership win.

In between, the boy from Pinnaroo had established himself as one of the competition’s best defenders, as evidenced by him winning the 2015 Fos Williams Medal for the West End State team.

Speaking on SANFL Radio, Keough said it was his versatility which propelled him toward his 100th Statewide Super League game against Adelaide at City Mazda Stadium on Saturday.

The 28-year-old was delayed in reaching his milestone after spending 2016 on the Gold Coast Suns’ list but said there was never any doubt he would return to the Bloods, where he is currently the club’s captain.

Now developing himself into a big-bodied midfielder whenever the need arises for coach Gavin Colville, Keough is currently working as the Physical Education coordinator at Unley High School.