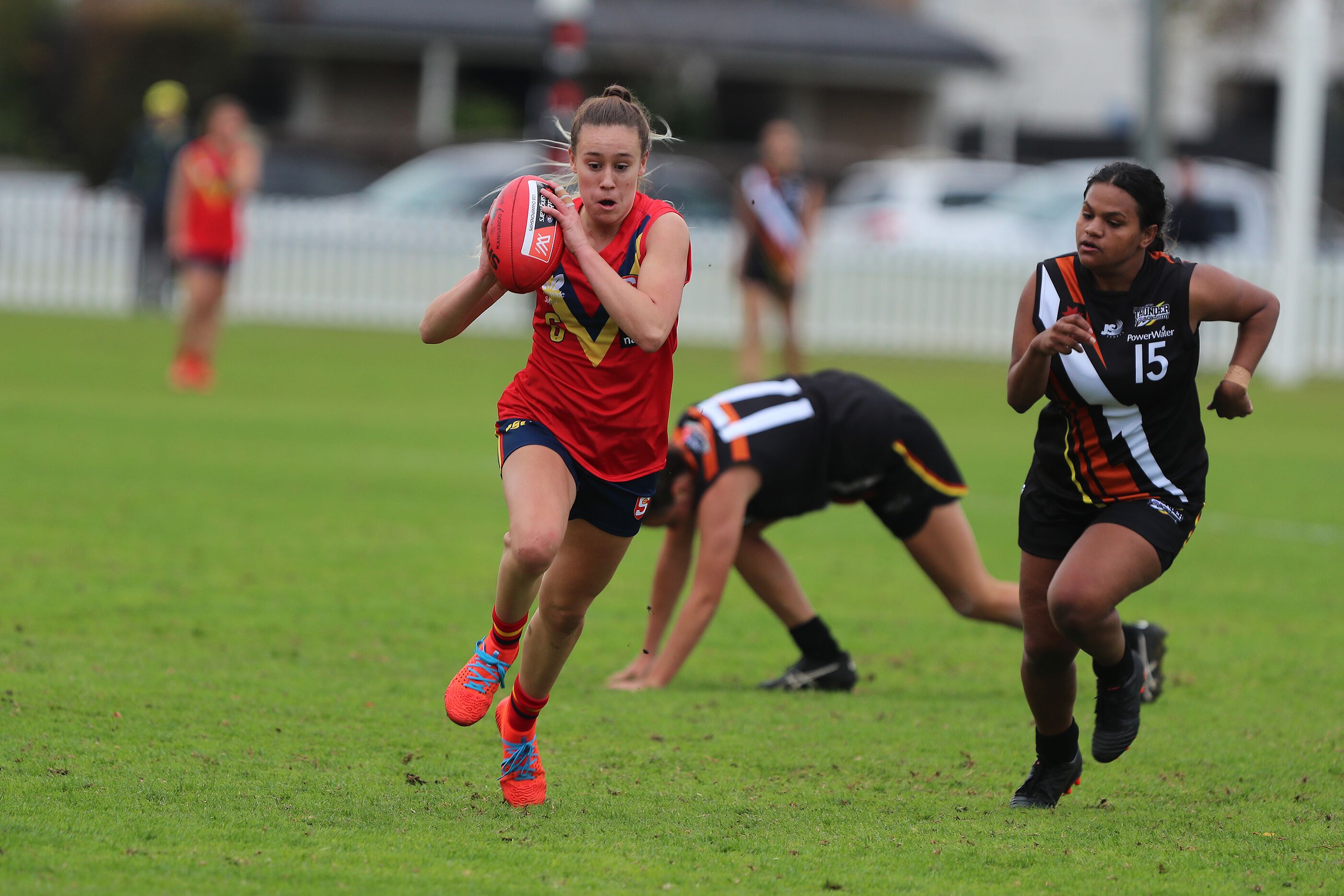 South Australia has had its AFLW haul increased by two after South Adelaide’s Hannah Munyard and North Adelaide’s Nadia Von Bertouch were signed as free agents.

Munyard, who attended the 2019 AFLW Combine earlier this month, was secured by the Western Bulldogs while Von Bertouch, who was the Roosters’ co-captain this year, was snapped up by St Kilda.

Their recruitment comes on top of SANFL’s record AFLW Draft contingent of 14 surpassing the previous high of nine in 2018.

“The SANFL Statewide Super League Women’s competition is certainly now providing a real pathway for players to achieve their dream of getting onto an AFLW list, which is very encouraging for our League and the pool of talent in SA,” SANFL Female Talent Manager Robbie Neill said.

“It’s certainly going to be a competition which is valued by those already in the AFLW system, but also by those who aspire to get to that level.”

This included eight SANFL Women’s players being chosen by Adelaide with its allocation of selections in Tuesday’s annual roll call held in Melbourne.

Munyard (pictured above), 18, will give the Bulldogs plenty of leg speed on a wing or at half-forward after racking up an average of 16 disposals while playing in South’s premiership team this year.

Von Bertouch, 24, averaged 16.5 disposals, and four tackles for the Roosters in 2019 and at 176cm, will offer the Saints plenty of versatility with her ability to play a variety of roles.