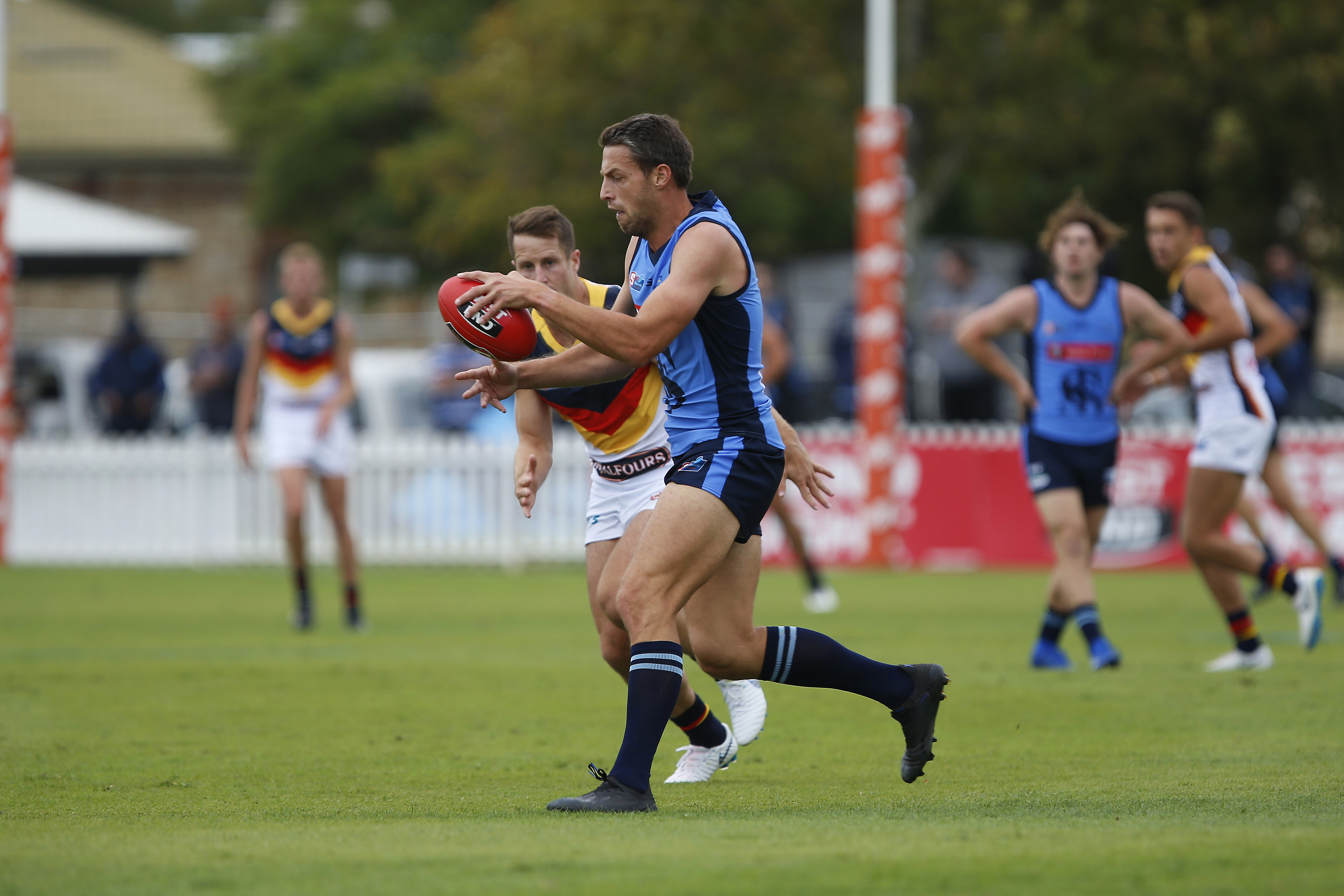 Sturt premiership trio Fraser Evans, Aidan Riley and John Greenslade have hung up their boots in the wake of the Double Blues’ Elimination Final loss to Norwood on Saturday.

Less than a week after fellow Jack Oatey Medallist Jack Stephens announced his retirement, Evans has followed suit after two premierships and 153 League matches since his debut in Round 6 2011.

The 28-year-old was unable to farewell the Double Blues’ faithful after succumbing to the Redlegs at Adelaide Oval after being a late withdrawal due to straining his hamstring at training last Thursday night.

A dual West End State team representative in 2016 and 2018, Evans started his career at Unley in the Under-17s in 2006 having been recruited from Mount Lofty FC.

After starting his SANFL journey as a forward, the Adelaide Hills product quickly found his niche in the backline where he was regularly relied upon to rebound the ball with his raking left-foot kicks.

Sturt’s No.7 will be fondly remembered for his outstanding performance in the 2017 SANFL Grand Final win against Port Adelaide, in which he earned the Jack Oatey Medal as best afield.

Midfield warrior Riley hangs up his boots as a dual Sturt premiership player after featuring in 107 League matches and kicking 43 goals since his SANFL debut in Round 8 of 2010.

Born in Western Australia and raised in Wollongong, Riley came to Adelaide once added to the Crows’ AFL rookie-list at the end of 2010.

Aligned to Sturt through the now defunct SANFL Mini-Draft, the 27-year-old had little hesitation in returning to Unley once his two-season stint on Melbourne’s AFL list came to a close at the end of 2015.

Widely regarded as one of the best clearance players in the competition, Riley was given the nickname ”Pig Dog” as a result of his unrelenting, fierce attack on the football.

Recruited from Mount Barker FC, Greenslade’s final appearance for the Double Blues in the Elimination Final was his 124th after making his League debut in Round 14 of 2011.

A crafty half-forward with an infectious personality, the 27-year-old kicked a total of 52 goals and there were none more memorable than his fourth-quarter solo effort in the 2016 SANFL Grand Final in the clip below.

Starting in Sturt’s Under-17s in 2007, Greeenslade played in the club’s 2008 U17 premiership alongside fellow retiree Stephens.