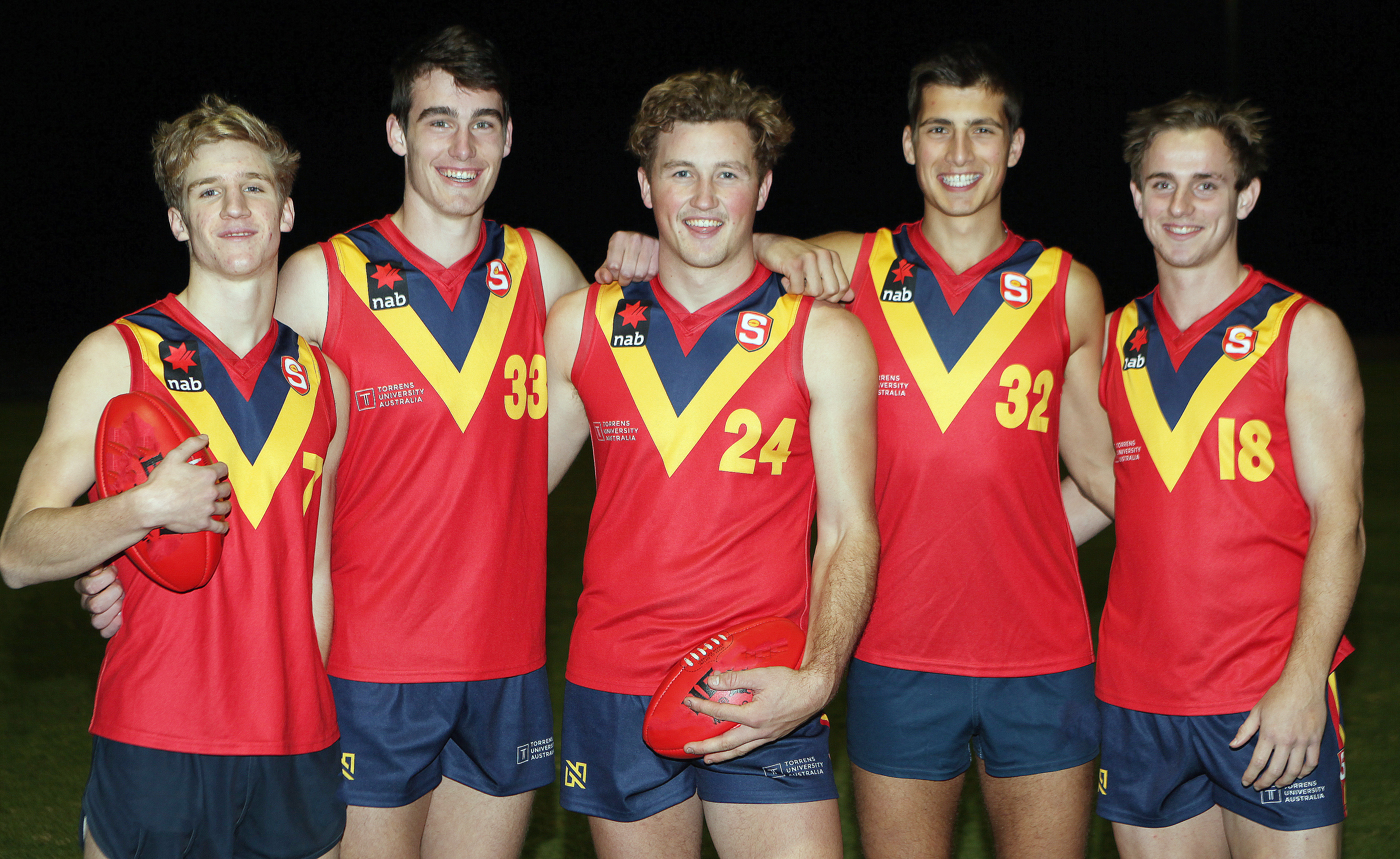 The Torrens University SA U18 team is determined to get its AFL National Championships campaign off to a flying start with a win against Western Australia in Game 1 on Saturday.

Set to tackle the Sandgropers (from 12.35pm SA time) at Perth’s Optus Stadium in the curtain-raiser to the AFL clash between Fremantle and Port Adelaide, the Croweaters will be led by Glenelg defender Will Gould, who will be the team’s captain.

An All-Australian Under-18 last year playing as a defender, Gould could spend some time in the midfield as he looks to develop his game having also played League football with Glenelg in 2019.

The burly teenager from Lucindale will be supported by talented SA midfielders Jackson Mead and Dylan Stephens as well as key position pair Daniel Sladojevic and Dyson Hilder, who have been included in the 2019 Leadership Group.

Sladojevic, together with South Adelaide teammate Damon Freitag, will be a key beacon in attack for SA while Hilder will be joined by fellow Rooster Karl Finlay in holding down the two key defensive posts.

Sturt’s former decathlete, Lachlan Burrows, will lead the ruck as he looks to get first touch for Stephens, Mead and Eagle Lachie McNeil.

Norwood’s Cameron Taheny, who has booted 11 goals from his first three Statewide Super League games playing as a lead up forward, will start on the wing as he looks to develop his game.

Familiar surnames in Edwards and Pickett also feature in the line-up, with Kysaiah Pickett, the nephew of Norm Smith Medallist Byron Pickett, to start in the forward pocket and Luke Edwards, the son of Crows premiership great Tyson Edwards, listed at half-back.

Torrens University SA U18 Coach Tony Bamford nominated Josh Morris as one to watch, with the Eagles forward praised for his diligent attitude in improving facets of his game in the past 12 months to earn his place with strong form.