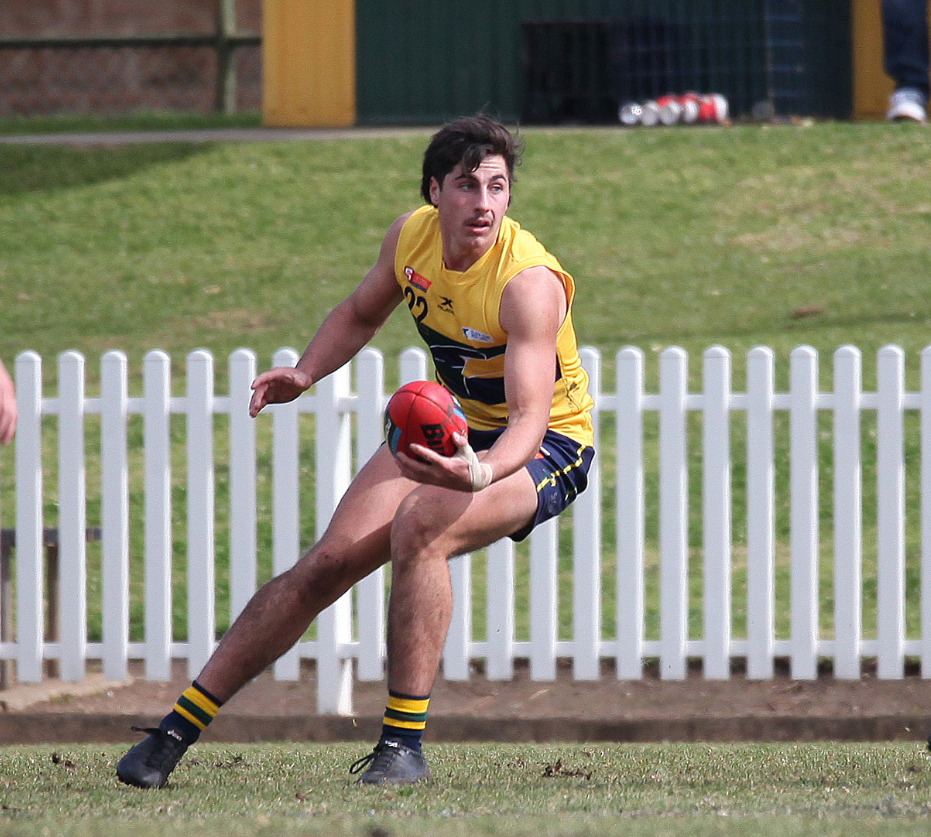 Woodville-West Torrens defender Lachlan Jones in action for the Eagles in the U18 Torrens University Cup. Picture - Peter Argent

A product of the Power’s Next Generation Academy due to his indigenous heritage, Jones is developing his craft rapidly as a rebounding backman.

Measuring in at the versatile size of 184cm and 85kg, the 18-year-old played a key role in the Eagles winning the 2019 U18 Torrens University Cup.

Named in the best players for 12 of his 17 appearances last year, Jones also lined up in two Reserves matches as well as playing on the MCG on AFL Grand Final day as part of the annual U17 Futures Academy.

“He’s a very good modern-day rebound defender who can also get it done one-on-one either deep or high,” Torrens University SA U18 Coach Tony Bamford said.

“Lachlan has a penetrating, 60m kick and attacks like your Heath Shaw (GWS) and Darcy Byrne-Jones (Power) type defender.

“He is as tough as they come – he’ll develop well physically and has elite speed coming off half-back.’’

Originally from Bute on the Yorke Peninsula, Jones was also a member of the victorious Torrens University SA U16 team to win the AFL National Championships in 2018.

''He’s a very good modern-day rebound defender who can also get it done one-on-one either deep or high.''