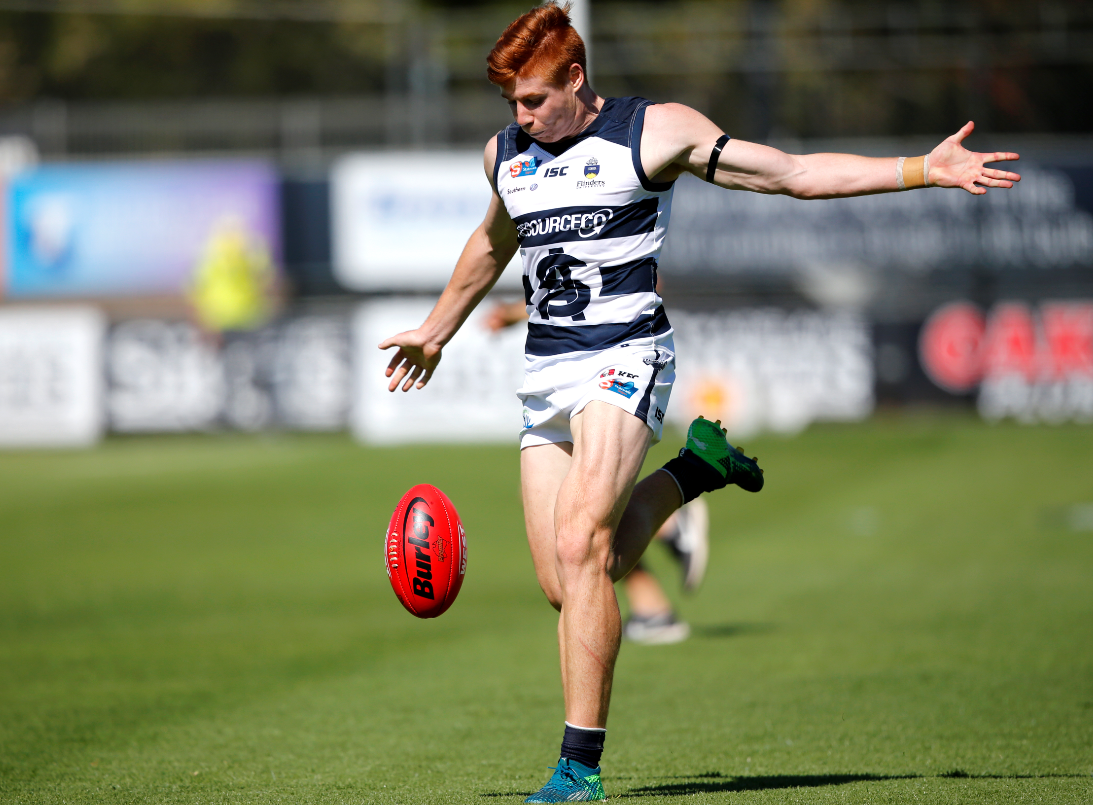 If an award was presented for the most improved player in 2019, it could have easily gone to South Adelaide’s Joseph Haines.

Playing in more than 50 Reserves games for the Panthers, Haines continued his late-blooming resurgence last year when he made his debut for the West End State team against the WAFL in Perth.

The 27-year-old’s eye-catching performances in defence for the Navy Blue also earned him a berth on the half-back flank of the 2019 The Advertiser SANFL Team of the Year.

Originally from the Riverland powerhouse club of Waikerie, Haines posted huge numbers for a backman.

Averaging 23 possessions at 89 per cent disposal efficiency, the Panthers’ No.4 also had 7.5 rebound 50s and hauled in six marks per game to regularly repel the opposition’s forward forays.

Standing at 190cm, Haines has the ability to quell both tall and medium-sized forwards much to the delight of South coach Jarrad Wright.

And there’s little doubting he will cease flying high for contested marks such as the match-saving grab he snared against Glenelg in Round 10 last year.