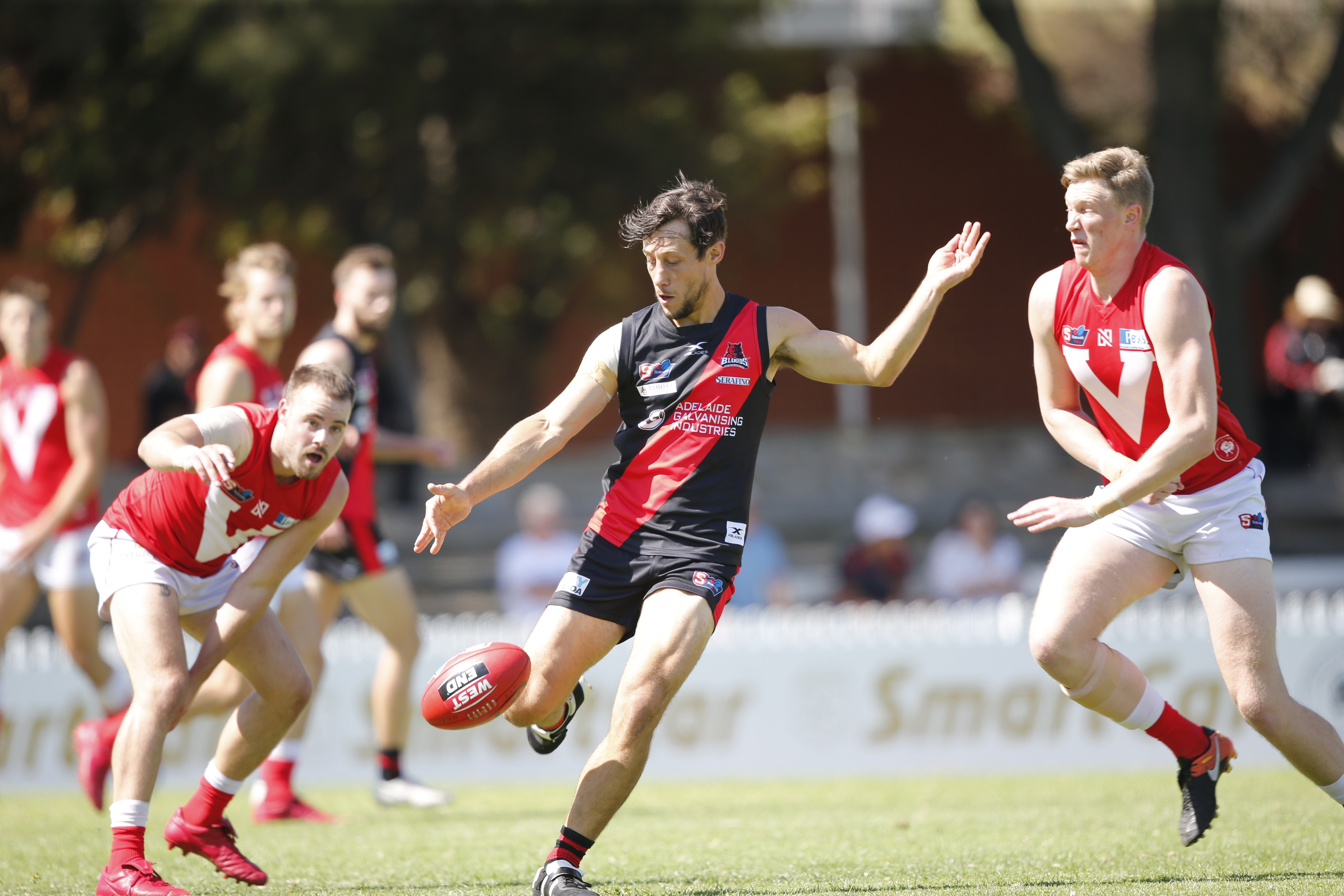 Few would argue the importance of Kaine Stevens to the fortunes of the West Adelaide Football Club.

Since arriving from Canberra for the start of the 2014 season, Stevens has not only proven his consistency but also his durability in missing just three League matches since the start of the club’s 2015 premiership campaign.

Boasting an exceptional aerobic capacity, Stevens loves to run hard in order to find his possessions before carrying the ball across lines for his beloved Bloods.

His presence will continue to be vital as West coach Gavin Colville continues to usher through the next generation of senior players at Hisense Stadium.