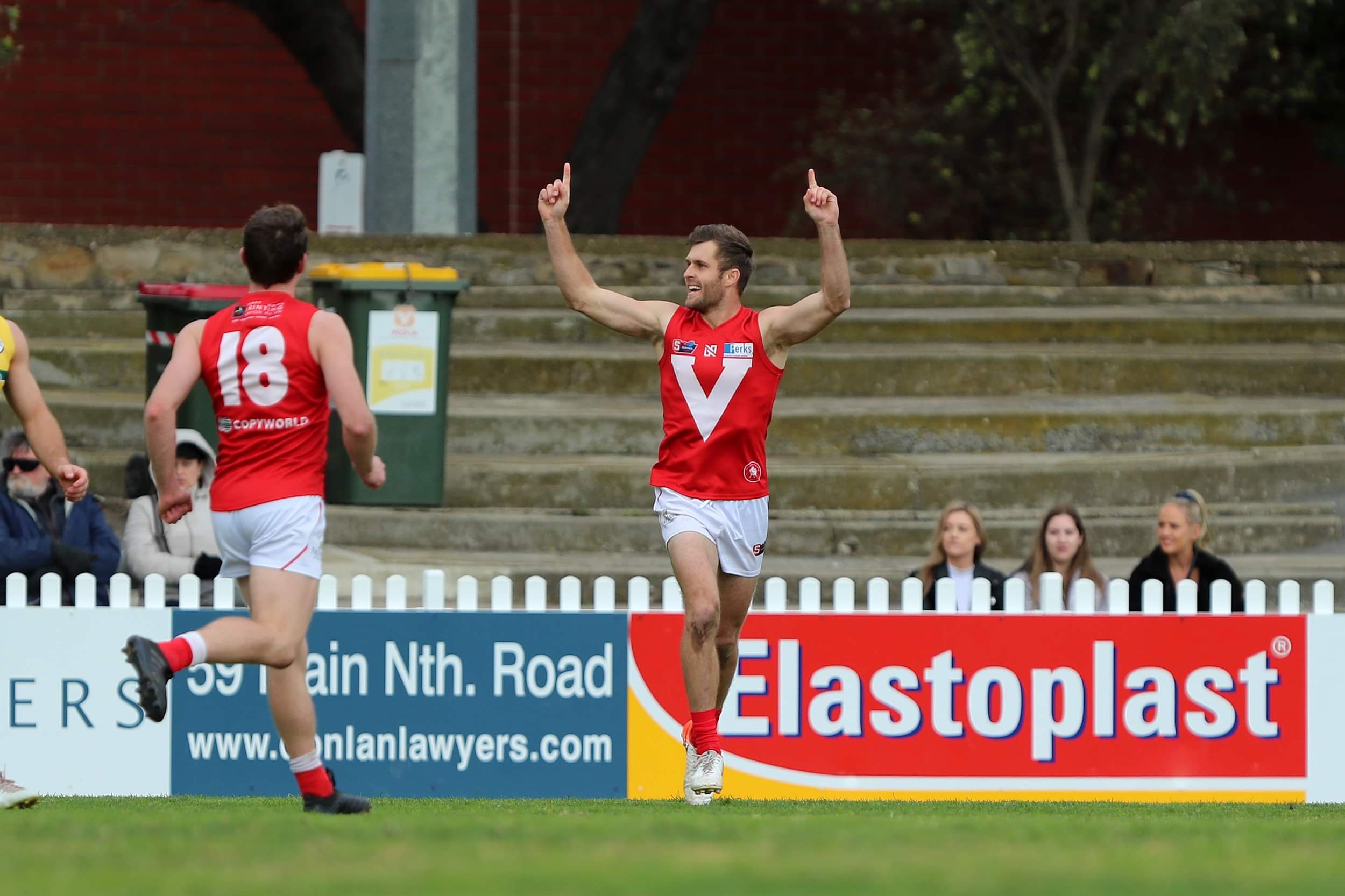 His team endured a tough 2019 but that didn’t stop Jarred Allmond from continuing to shine for North Adelaide.

After reveling in his first senior SANFL premiership with the Roosters in 2018, Allmond posted another exceptional campaign which included finishing runner-up for the Barrie Robran Medal behind Aidan Tropiano.

The 29-year-old was also a member of the West End State team to defeat the WAFL in Perth while also being selected on the half-back flank of The Advertiser SANFL Team of the Year.

Used primarily across half-back, the left-footer can also play off a wing as he uses his impressive 87 per cent disposal efficiency to positive affect.

One of the longest kicks in the competition, Allmond posted eye-catching averages of 26 disposals, six marks and six rebound 50s to illustrate his importance to the Roosters’ line-up.

Expect the experienced veteran to continue taking the game on from the back half as he approaches the cherished 200-game mark.