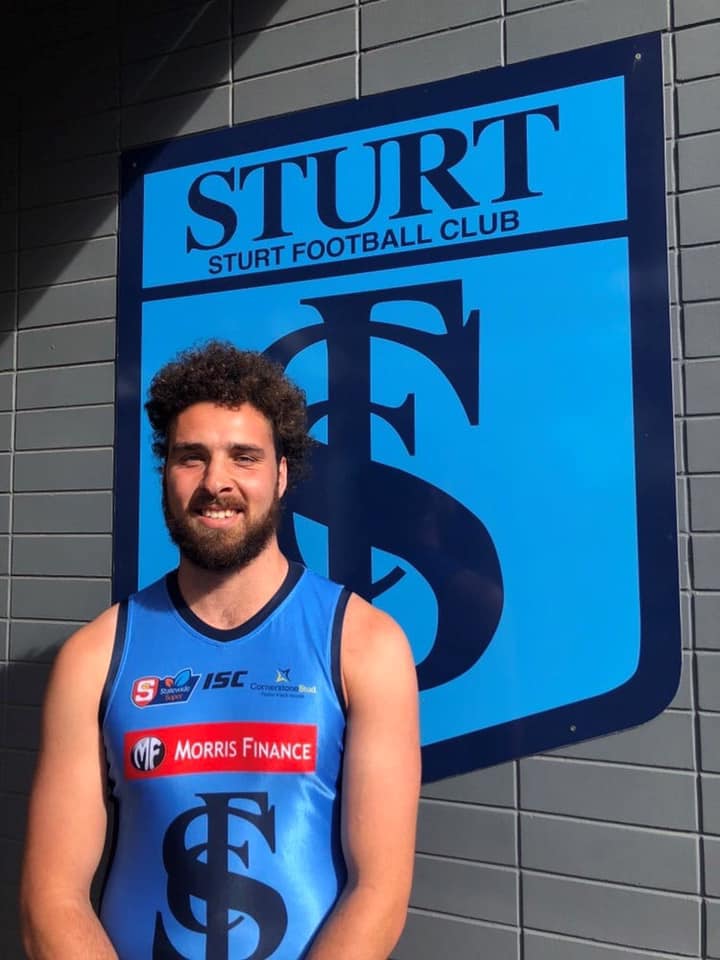 He’s set to don a different shade of blue but that shouldn’t stop Abe Davis from continuing to make an imprint on the Statewide Super League.

Landing at Sturt at the end of last season, Davis is expected to play a major role in helping soften the departure of dual premiership star Aidan Riley in the centre square.

Measuring in at a sizeable 194cm for a midfielder, the 25-year-old has proven to be a strong presence at the clearances in his 50 League games for South Adelaide since the start of 2017.

Selected on a half-forward flank of the 2019 The Advertiser Team of the Year, Davis also finished fifth in the R.O Shearman Medal count as voted on by SANFL’s League coaches.

He averaged 22 disposals last year, as well as four clearances, five marks and four inside 50s to underline his all-round credentials.

Double Blues coach Nathan Grima will also be salivating at the prospect of using Davis in attack, no doubt noting his Panthers counterpart Jarrad Wright regularly threw the New South Welshman forward when in need of a quick goal.

Davis is particularly strong when marking overhead and at his deceptive height, has the potential to cause a mismatch wherever he is stationed on the field.