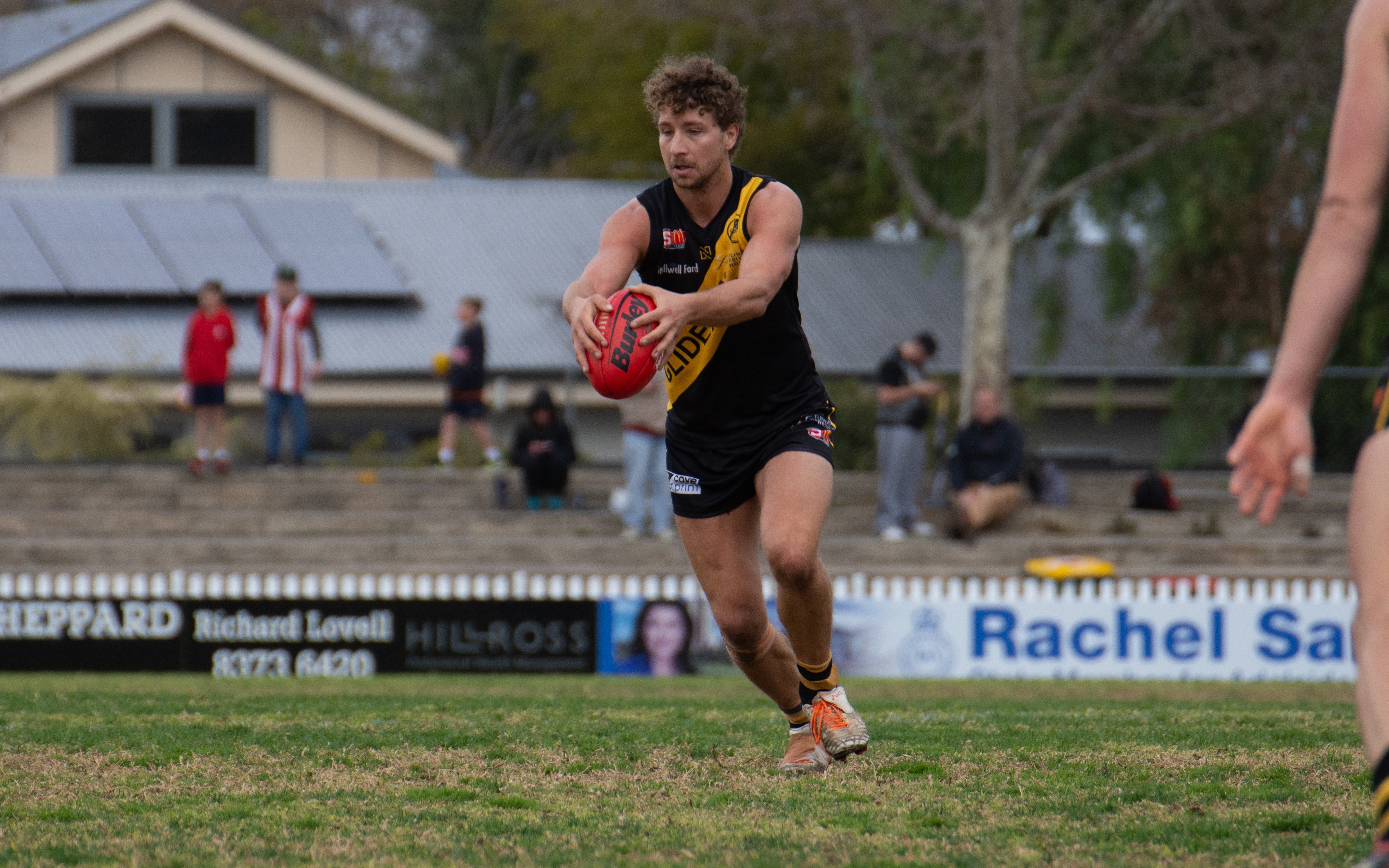 Snook a Prize Catch for the Bays

He is SANFL’s version of Geelong’s Joel Selwood.

Always at the bottom of the pack, winning the hard ball and more often than not, spilling blood before finishing the game with a bandage around his head.

Glenelg’s Matthew Snook has copped a pounding on his way to his 100th Statewide Super League game on Monday but he wouldn’t have it any other way.

Speaking on SANFL Radio, the 27-year-old says he loves nothing more than putting his body on the line for the Bays, particularly as his side his earning plenty of reward for doing so at the top of the table after eight rounds.

Starting his career at Brighton Road in the Under-15 development squad, Snook also featured in Glenelg’s 2009 Under-18 premiership in which the Tigers only lost two matches throughout the season.

And it’s fair to say he is keen to share in success with those who are equally determined to be regular finalists in the black and gold.

Off the field, the dual best-and-fairest winner is embarking on career change as an apprentice electrician, having spent the past seven years working in carpentry.