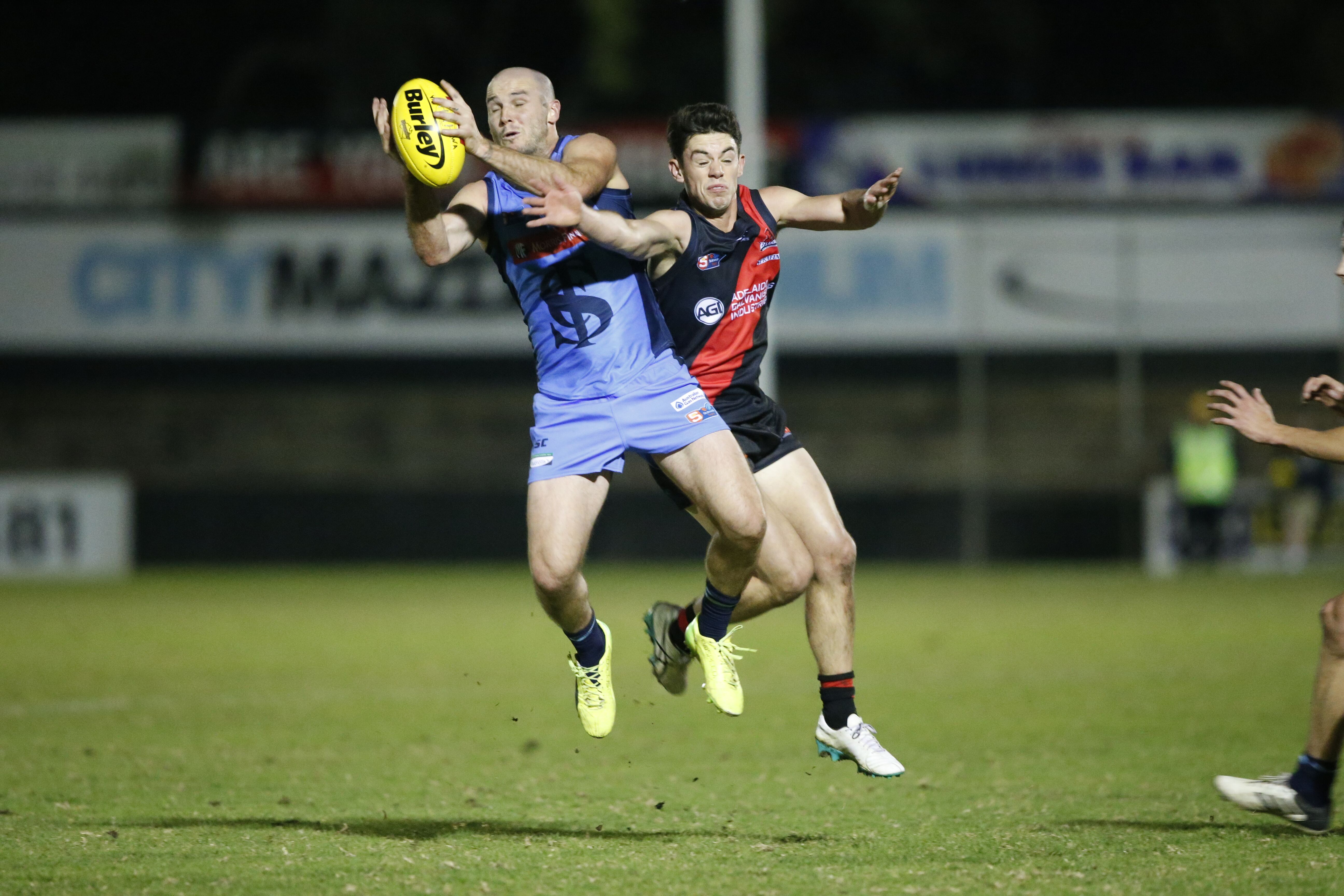 Scrappy Sturt hold off the Bloods

Sturt extended its winning streak to three by grinding its way to a 19-point win against West Adelaide at City Mazda Stadium on Friday night.

Now suddenly sitting just outside the top five, the Double Blues – spurred on by another masterclass from captain Zane Kirkwood (pictured above) – produced five minutes of clean football in the third quarter to crack the contest open.

Sprightly small forward Ben Hansen then swallowed a left-foot lace out pass from skipper Kirkwood to put his side 18 points in front with a nice finish from 40m in front.

Hard-running Steven Slimming produced a fine baulk before slotting through another for the Double Blues on the run from 35m to open the margin up to 25 points nearing time-on of the premiership stanza.

Fighting to put their season on the right path, the Bloods fought back chielfy through fan favourite Jono Beech, who nailed two of his four goals for the game during the final quarter.

His fourth, coming after he used his body to perfection to take a strong overhead mark at the top of the goal square, trimmed the deficit to just 12 points midway through the last term.

But a piece of trademark Josh Hone class sealed the deal for Sturt after the clever premiership forward produced a checkside dribbler from 30m in front under extreme pressure.

New Sturt coach Nathan Grima would have also been pleased with his variety of contributors inside 50m with Hone, Ken Farmer Medallist Mark Evans, Jake Sutcliffe and Hansen, all inking their names on the goal kicking list.

Still with just the one win – against Woodville-West Torrens in Round 4 – for the season, the Bloods cannot afford too many more losses before losing complete touch with the top five.

Beech proved to be a handful when his team-mates got the ball in long and strong to him deep inside 50m while Will Snelling (33 disposals and 15 tackles) and Kaine Stevens (29 disposals) battled valiantly to get their side over the line.