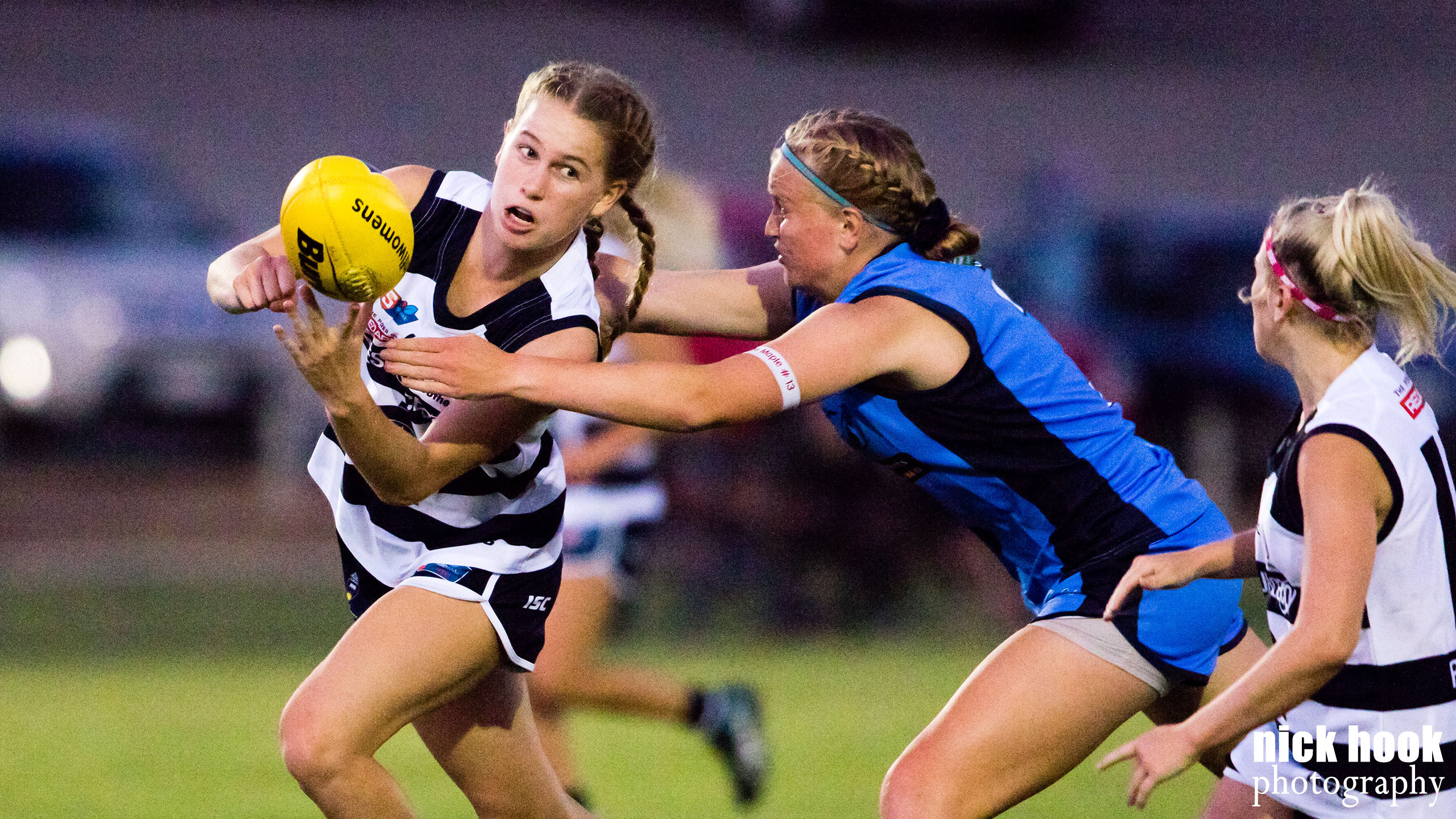 Round 1 of the Statewide Super Women’s League is set to kick off on Friday night so there’s no better way to build up the anticipation than by revealing the top 20 players set to strut their stuff in 2020.

It was no easy task to narrow the list down to just 20 given the continual improvement since the competition’s inception in 2017, with consideration given to selection in last year’s The Advertiser Team of the Year, Best-and-Fairests and those with AFLW experience.

And then there are those returning to SANFLW after serious injuries or time off from the game who will no doubt make their presence felt such is their reputation for making an impact.

After revealing selections 11 to 20 earlier in the week, here are the top 10 players in the Statewide Super Women’s League.

There’s no doubting Teah Charlton’s natural flair for the game. Last year’s winner of the Powerade Breakthrough Player Award, the 17-year-old is poised to take her game to another level in 2020 with her ability to find the ball and dispose of it on either foot. Has clean hands in the air and knows where the goals are. It’s no wonder several of her opponents were tipping her to win the SANFLW Best-and-Fairest Award at this week’s Season Launch.

Like Charlton, Indy Tahau is expected to be closely monitored by AFL scouts this year after impressing with her game-breaking traits in 2019. These were on display in the most important game of the year when the 17-year-old won the medal for best afield in the Statewide Super Women’s League Grand Final. Strong, mobile and athletic, Tahau has all the physical tools to cause plenty of damage in 2020.

Is there a defender in the competition who can stop Kelly Barltrop? The answer is no when it comes to a one-on-one contest, as evidenced by the former Adelaide United goalkeeper setting a new benchmark for goals kicked in a season (29 including finals). Team defence is the best method to curtail the tall 26-year-old who is equally adept at gathering the ball at ground level as she is marking on the lead. A significant cog in North’s premiership push.

Standing at 172cm, Cavouras is a sizeable presence inside the centre square for the Panthers, where she is set to again have an influence this year. In 2019, the 27-year-old ranked third in the competition for disposals and equal first for tackles. Fittingly, she was named in the centre for The Advertiser SANFLW Team of the Year and will train with the Crows’ AFLW side as a train-on player this season.

Everyone is looking forward to seeing West Adelaide’s dynamo crash the packs this season after having her 2019 campaign all but ruined by a knee injury. Despite standing just 153cm, Martin fearlessly throws herself into the action for the benefit of her team-mates. It hasn’t gone unnoticed by AFLW scouts, with the 20-year-old making her AFLW debut with the Crows against Brisbane last Saturday after joining Cavouras as a train-on player for 2020.

The former Crows AFLW midfielder was ranked No.1 this time last year, an indication of why she received plenty of attention from opposition coaches in 2019. Despite being heavily tagged, the 26-year-old still led the competition in clearances and finished inside the top 10 for total kicks. The Double Blues co-captain will only get better as her younger team-mates develop around her in 2020.

Rigter posted a breakout 2019 campaign which culminated in her selection in The Advertiser SANFLW Team of the Year. Ranked second in the competition for tackles, the 19-year-old is no stranger to applying fierce defensive pressure and thoroughly deserved her elevation to join midfield mate Bevan as Sturt’s co-captain this season.

Much like Alli Evans, Killian took some time away from SANFLW last year as a player but stayed in touch with the game by commentating regularly for SANFL’s Digital Pass. A versatile key position player, the Crows AFLW premiership utility is likely to spend the majority of her time in attack where she will provide the Bloods with a much needed target inside forward 50m.

Squeezed in two matches for the Roosters last year after being selected as a free agent by AFLW club Melbourne. The 21-year-old is an incredibly athletic, and versatile player, who has previously shown off her talent in defence and attack. But in 2020, new North coach Krissie Steen has forshadowed a damaging midfield role for Woodland.

Now back full-time with the Bulldogs after being listed with the Crows’ AFLW team, Rosenzweig will be looking to recapture the form which catapulted her to earn SANFLW’s Leading Goalkicker Award in 2018 with 15 majors. Still only 19, ”Rosey” will also benefit from having a year under her belt with her new Central team-mates after kicking nine goals from eight games in 2019.