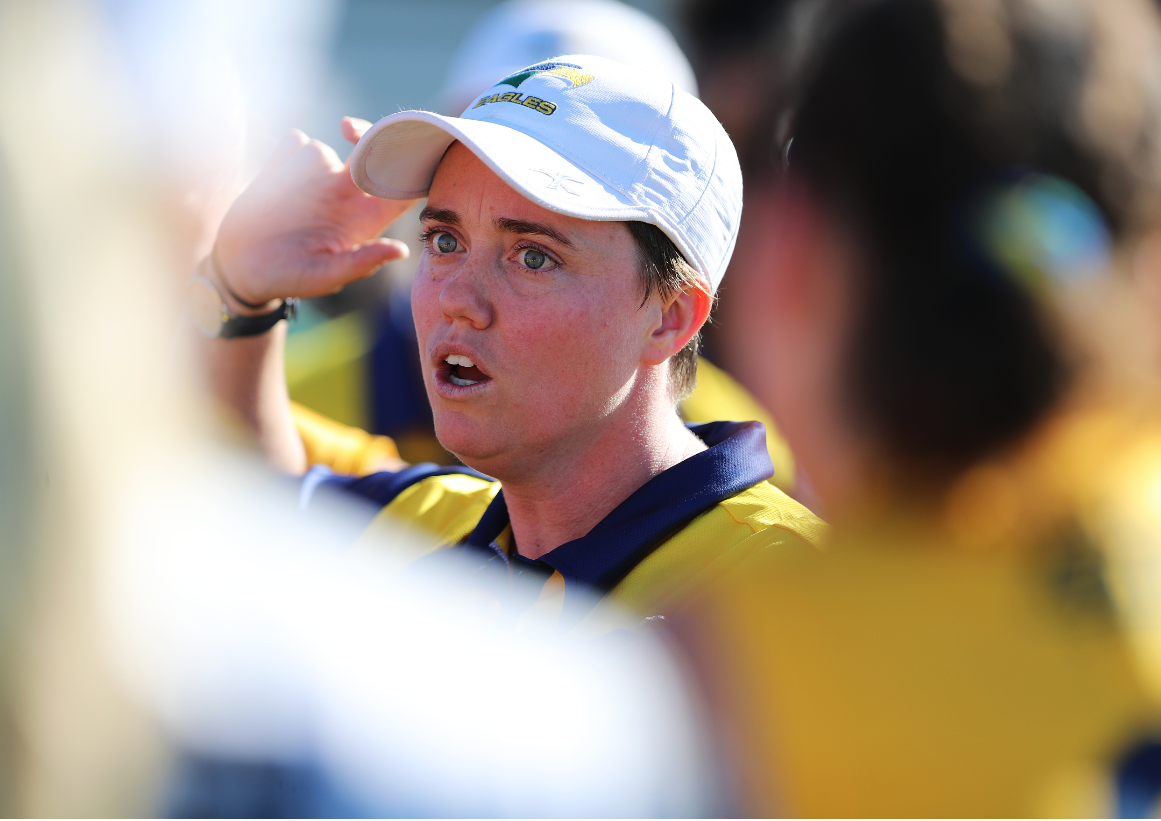 Woodville-West Torrens Women’s coach Tess Baxter has been eagerly anticipating the chance to back up the club’s historic first win in the Statewide Super Women’s League.

After finally breaking through for a win against Glenelg in Round 4 on March 13, the Eagles have been forced into an agonising wait to string together two wins in succession.

Speaking on SANFL Radio, Baxter said she was hoping the confidence-boosting victory against the Bays would be the catalyst to continue in Round 5 against West Adelaide at Hisense Stadium on Sunday.

The second-year mentor has been impressed with the dedication of her squad during the Covid-19 shutdown, particularly youngsters such as Natasha Holmes and Jaida Tabb.

Tabb’s older sister Jaimi, a member of the Crows’ AFLW squad, won’t be available during the second half of the season after accepting an offer to join the Army.

But the Eagles will have access to at least one AFLW-listed player, with experienced Crow Renee Forth already making her presence felt on the training track.

Forth, yet to make her Statewide Super Women’s League debut, was originally a marquee player for GWS in the opening AFLW season before being traded to Adelaide for the 2019 season.

The 33-year-old is expected to have an influence through the midfield where Baxter will use her to assist the Eagles’ inexperienced centre square combination.