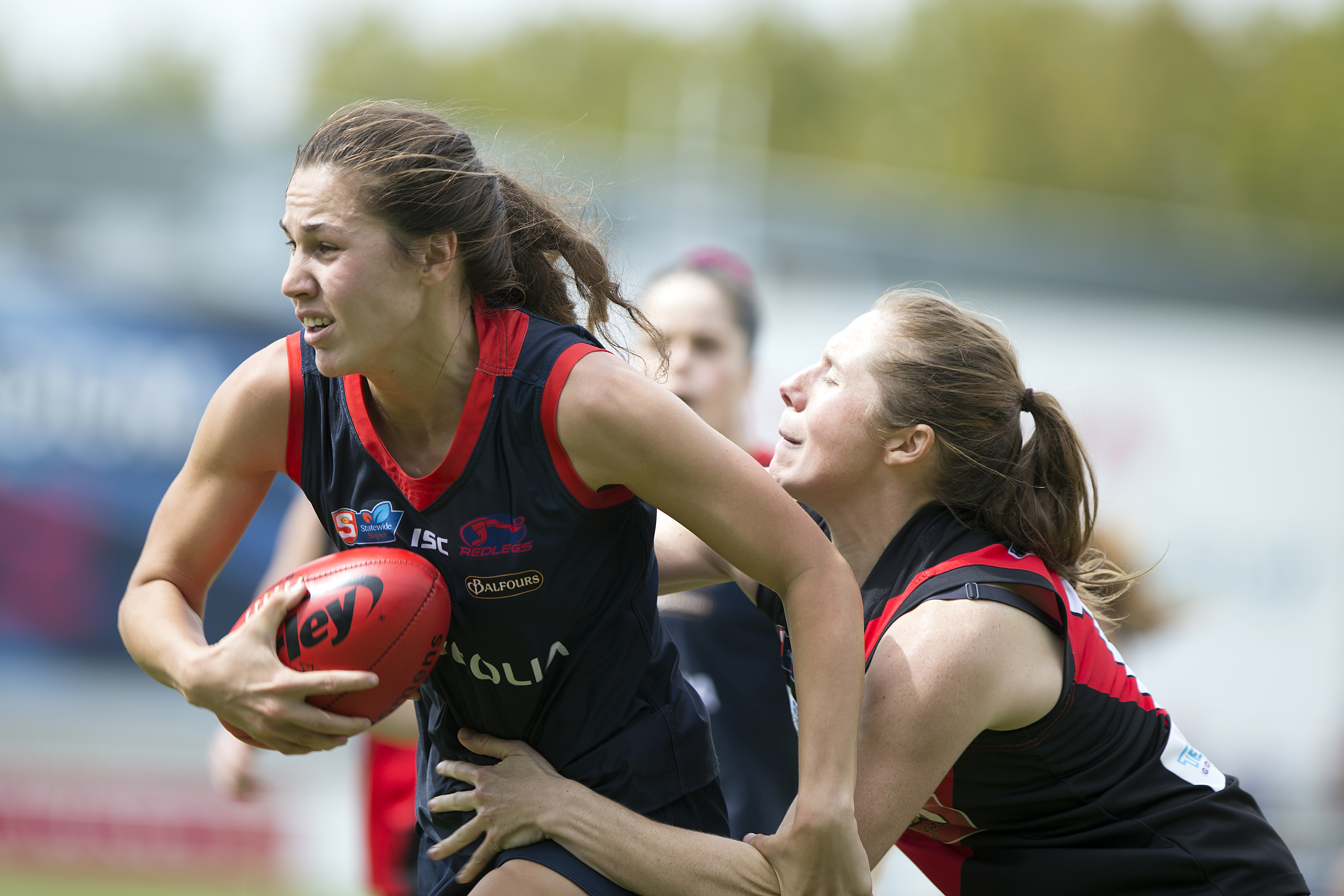 2019 SANFL Women’s Best and Fairest Najwa Allen heads the list of those lining up with the Power, while SANFL Women’s Leading Goal Kicker Kelly Barltrop will be among those donning the Crows’ tri-colours.

The two teams have been selected under the same SANFL alignments as the Next Generation Academies currently in operation at SA’s two AFL clubs.

Sturt, North Adelaide, Glenelg and Central District prospects will line up for Adelaide while West Adelaide, South Adelaide, Norwood and Eagles hopefuls will be chosen for Port Adelaide.

Starting at 12:25pm, the first SANFL Women’s Showdown will be a curtain-raiser for the SANFL Statewide Super League match between West Adelaide and Adelaide at 2.40pm.

Port Adelaide will then return the favour at Alberton Oval on Sunday July 21, ahead of the SANFL Statewide Super League game between the Magpies and Glenelg.

SANFL General Manager of Football Adam Kelly said the new series would provide great incentive to the rising stars of the SANFL Statewide Super Women’s League to push their claims in an elite environment ahead of the 2019 AFLW Draft.

”This initiative complements the expansion of the SANFL Statewide Super Women’s League in 2019,” Kelly said.

”Importantly, it provides for the aspiration of players in the competition. The players will have the opportunity to compete against the best players from the League and at the same time, will be given an AFL club experience. This will support their development and allow them to showcase their abilities in the lead up to the 2019 AFLW Draft.”

The Port Adelaide team will be coached by current Power Women’s Academy mentor and former West Adelaide Under-16 coach Naomi Maidment with AFL experienced pair Cam Sutcliffe and Paul Stewart among her assistants.