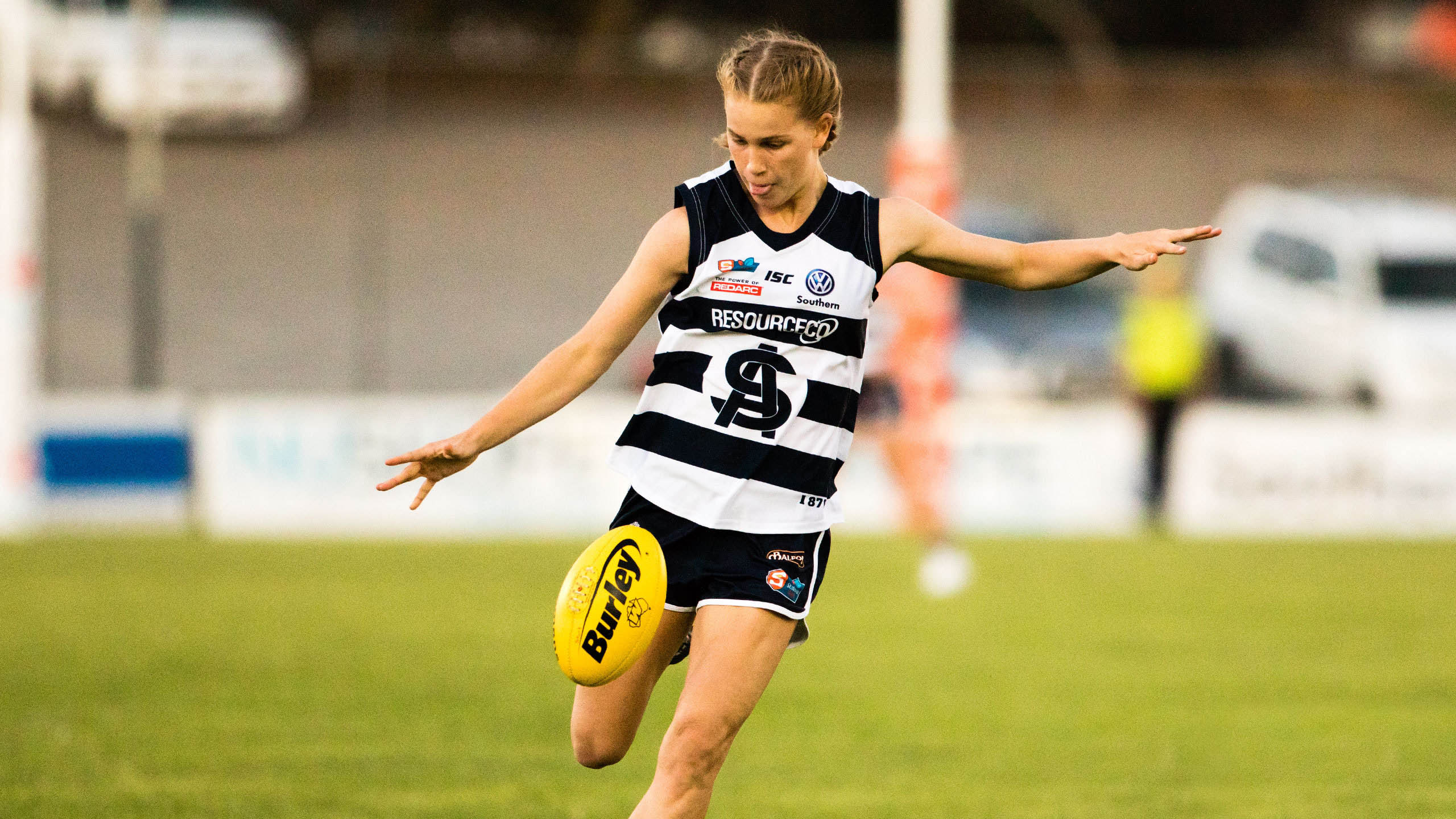 South Adelaide youngster Teah Charlton has had her eye-catching early-season form recognised with the Round 3 SANFLW Powerade Breakthrough Player nomination.

Despite being just 16, Charlton has been quick to display her immense talent in her opening three matches for the Panthers.

After kicking three goals on debut in Round 1, the Christies Beach product was at it again in her team’s win against the Bloods at City Mazda Stadium last Friday night.

Charlton finished with 19 disposals and a goal as she continued to show why she will be closely monitored by AFLW scouts across the next few seasons.

The clever half-forward, who is also pushing up into the midfield, featured for the Central Allies in last year’s AFL U18 Youth Girls National Championships.