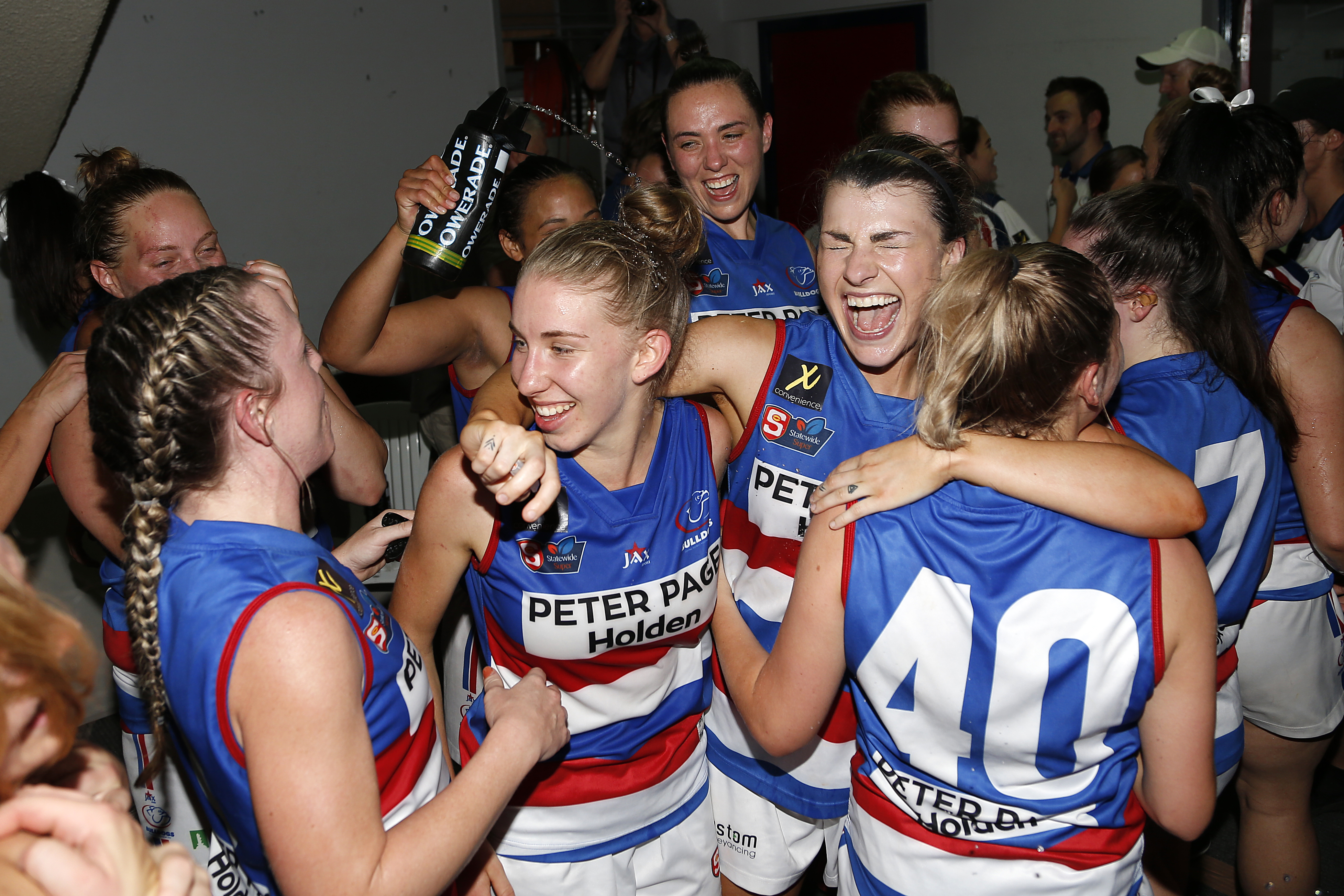 With both of the competition’s newcomers losing their opening two matches, the tempo was as hot as the 40C weather early in the first term.

But it was the Bulldogs who proved to be much more efficient with ball in hand, heading into the main break with a 13-point lead despite having 32 fewer handballs and five fewer inside 50 entries.

Central coach Shaun Ribbons would have been delighted with the even contribution from his side, with the Dogs’ leading disposal winners – Abbey Scheer and Danielle Stewart – having just 13 touches each by the final siren.

In attack, the Bulldogs benefited from having three tall targets to aim at, with Crows AFLW-listed Katelyn Rosenzweig leading the charge with three majors while her fellow forwards in Chantel Reynolds and Isabella Wilson booted two each.

Barossa-bred Rosenzweig, who moved from North Adelaide to Central in the off-season, made the most of a nice foot pass from Edwards 14 minutes into the the third term, with her third major giving her new team a commanding 33-point break nearing the final change.

But the inefficient Eagles refused to lie down, leaving their first meaningful charge late in the contest as Sturt recruit Rachel Dunstan converted her relayed free kick from 20m out.

The Eagles then got within 22 points seven minutes into the final term when star Crows AFLW forward Sarah Perkins – lining up in her second SANFLW outing – snapped her second goal tight in the forward pocket.

This would be as close as Tess Baxter’s Eagles would get though, as Scheer – the older sister of emerging Crows AFLW forward Chloe Scheer – and 16-year-old Laitiah Huynh put the result beyond doubt with late goals in the fourth quarter.

The Eagles’ star players – former GWS AFLW utility Stephanie Walker, AFL Academy Member Jaimi Tabb and Perkins – all had their moments but ultimately there weren’t enough contributions from their team-mates to earn the club’s first premiership points in the SANFLW.

Glenelg continued its sudden resurgence by earning its third victory in succession, holding off North Adelaide by 15 points at City Mazda Stadium.

Last year’s wooden spooner continued to prove 2018 is a distant memory under new coach Jason Fairall, kicking 2.3 in the final term while keeping the Roosters scoreless.

Tigers recruit Chelsea Packer was the highest disposal-winner on the ground with 16 while Madisyn Freeman was the Bays’ only multiple goal scorer.

North captain Nadia von Bertouch collected 14 disposals while also putting her side in front with a goal early in the third term before Glenelg charged home for the win.

Norwood kept its unbeaten run in tact with a hard-fought 14-point win against Sturt at The Parade.

Despite trailing throughout the first half, the Redlegs worked their way to a four-point lead at the final change on the back of a goal to Kate Fenton in the third term.

Former GWS player Najwah Allen continued to make her presence felt early in the season with 13 disposals and a fourth-term major which sealed the result for the hosts.

Promising youngster Alex Ballard was an encouraging performer for the Double Blues with a team-high 15 disposals while Crows-listed Maisie Nankivell had 12 touches in her first SANFLW appearance with Sturt.

Despite the Bloods getting within two points after star utility Chelsea Biddell kicked truly four minutes into the final term, the Panthers steadied to boot the final two majors of the game en route to banking the premiership points.

Athletic Panther Czenya Cavouras continued her red-hot start to the season by racking up a staggering 29 disposals while young guns Nikki Gore and Teah Charlton each had 19.

West dynamo Abbie Ballard led the way for her side with 18 possessions while Biddell was the Bloods’ only multiple goal kicker with two, adding to her 11 disposals.