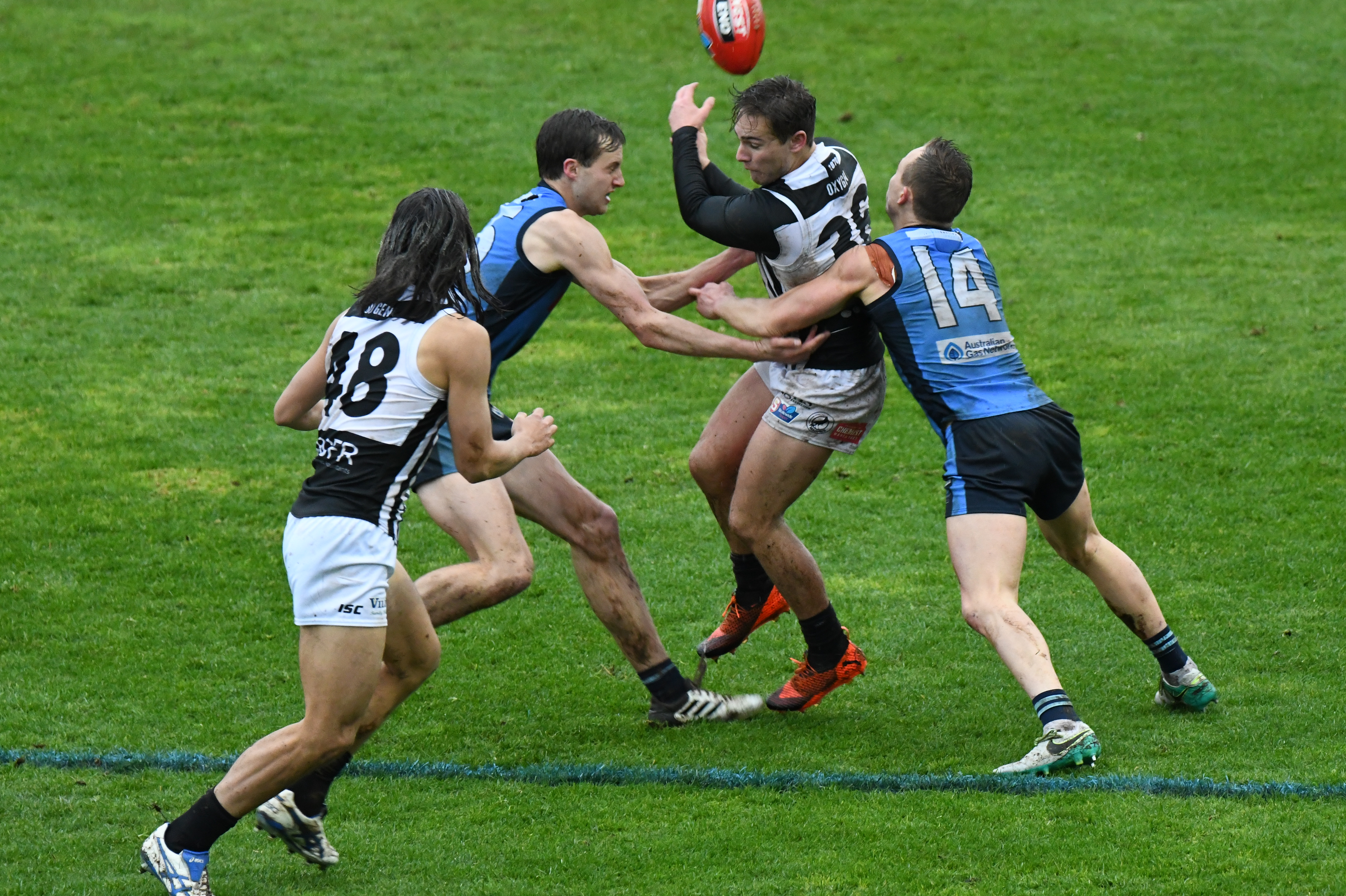 Welcome to the Round 17 SANFL Footy Fix, find out all of the latest from the Statewide Super League and U18 Torrens University Cup.

Central District forward Justin Hoskin has accepted a $200 fine and reprimand with an early guilty plea for striking Norwood’s Cole Gerloff at The Parade on Friday night.

The Round 17 Powerade Breakthrough Player is South Adelaide’s Jesse McKinnon.

Jesse McKinnon (South) – In just his fourth League game this season, the tall utility thrived in a new role as a big-bodied midfielder to tally 21 disposals, six tackles and three goals against North. – WINNER

Riley Thilthorpe (West) – The talented tall forward made the most of limited opportunities to boot 2.1 while also having 11 disposals and six marks against ladder-leading Glenelg.

The Round 17 Torrens University Cup MVP is West Adelaide’s Noah Hannagan. Originally from the Seaton Ramblers, Hannagan had a dominant game in attack kicking six goals and taking five marks in the Bloods’ win against Glenelg.

There was one RAA Rookie in Round 17 of the Statewide Super League.