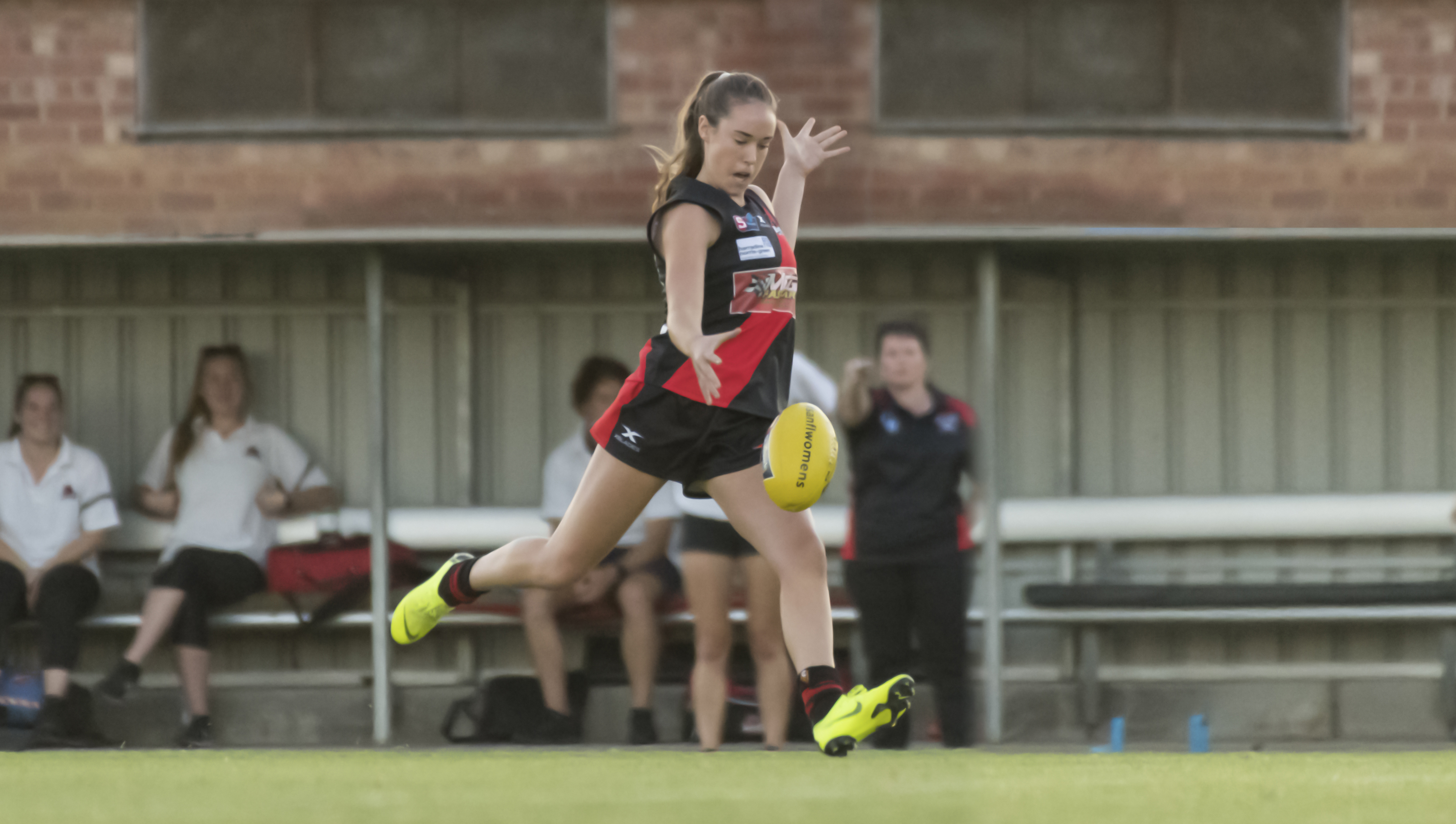 1 year ago
Sponsored by Powerade

West Adelaide defender Madison Newman is the Round 1 Powerade Breakthrough Player after playing an important role in her team’s win against Central District at City Mazda Stadium.

In just her sixth Statewide Super Women’s League match, the 17-year-old racked up a game-high 26 disposals and four marks for the Bloods.

A graduate of the Statewide Super Under-16 Talent Shield, Newman displayed exceptional foot skills while taking the responsibility for the team’s kick-ins after a behind.

Westies’ No.17 is also on the radar for higher honours, having represented South Australia’s Under-18 team in last year’s victories against the Northern Territory while also lining up for the Central Allies at the 2018 U18 AFL Girls National Championships in Queensland.