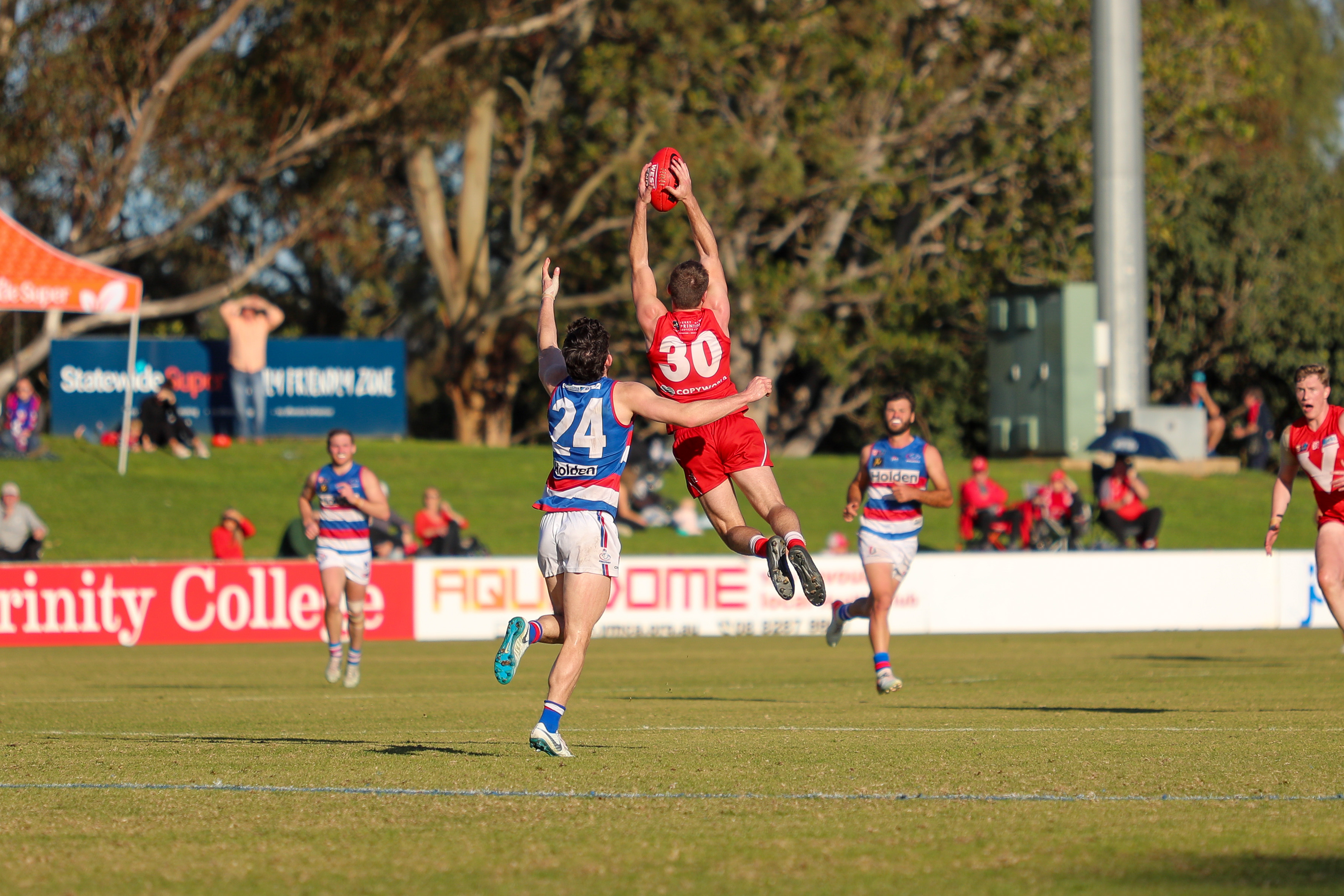 Heading into the final change with a slender five-point advantage, the Roosters piled on five goals to the Bulldogs’ one to record their first win since defeating West in Round 2.

Determined to honour premiership forward Lewis Hender in his 100th Statewide Super League match, the visitors’ got the ball rolling early in what was a highly entertaining first quarter.

As many as 13 goals were kicked in the opening 32 minutes, with North forwards Alex Barns and Frank Szekely looking ominous with three majors apiece.

Still coming to terms with the announcement premiership coach Roy Laird would depart at season’s end, the Dogs worked their way back into the contest during the second and third terms as the classy Justin Hoskin loomed as a difference-maker.

Hoskin finished with five goals and 24 touches for the match as Travis Schiller (42 disposals), Jarrod Schiller and Steve Burton also found plenty of the ball.

Coupled with the determination displayed by veteran Luke Habel, who produced a fine smother on North’s Billy Laurie late in the second term, and the Elizabeth faithful had something to cheer about as they sought to end their seven-game losing streak.

But Josh Carr’s men were quick to put a stop to Central’s resurgence as Tom Schwarz benefited from a nice goal assist from Szekely to kick truly before captain Max Thring dodged around an opponent before nailing a six-pointer on the run from 40m.

Suddenly, the lead stretched to 16 points before Billy Laurie, Mason Neagle and Tom Schwarz each kicked goals to bring a smile to the face of those wearing red and white.

”It’s been a bit of a grind this year not having the success we had last year,” North defender Tanner Smith admitted on Channel 7.

”We’ve been working hard at training so it’s great that it’s starting to pay off now.”

Now finally back on level terms with premiership points due to last year’s preliminary final punishment, North was also well served by Aidan Tropiano with 39 possessions, Jared Allmond and Thring with 33 each.

Bargain recruit of the season, Billy Laurie, also performed strongly to tally 18 disposals and boot two goals as he continues to adapt nicely to the pace of SANFL after playing with Keith in 2018.