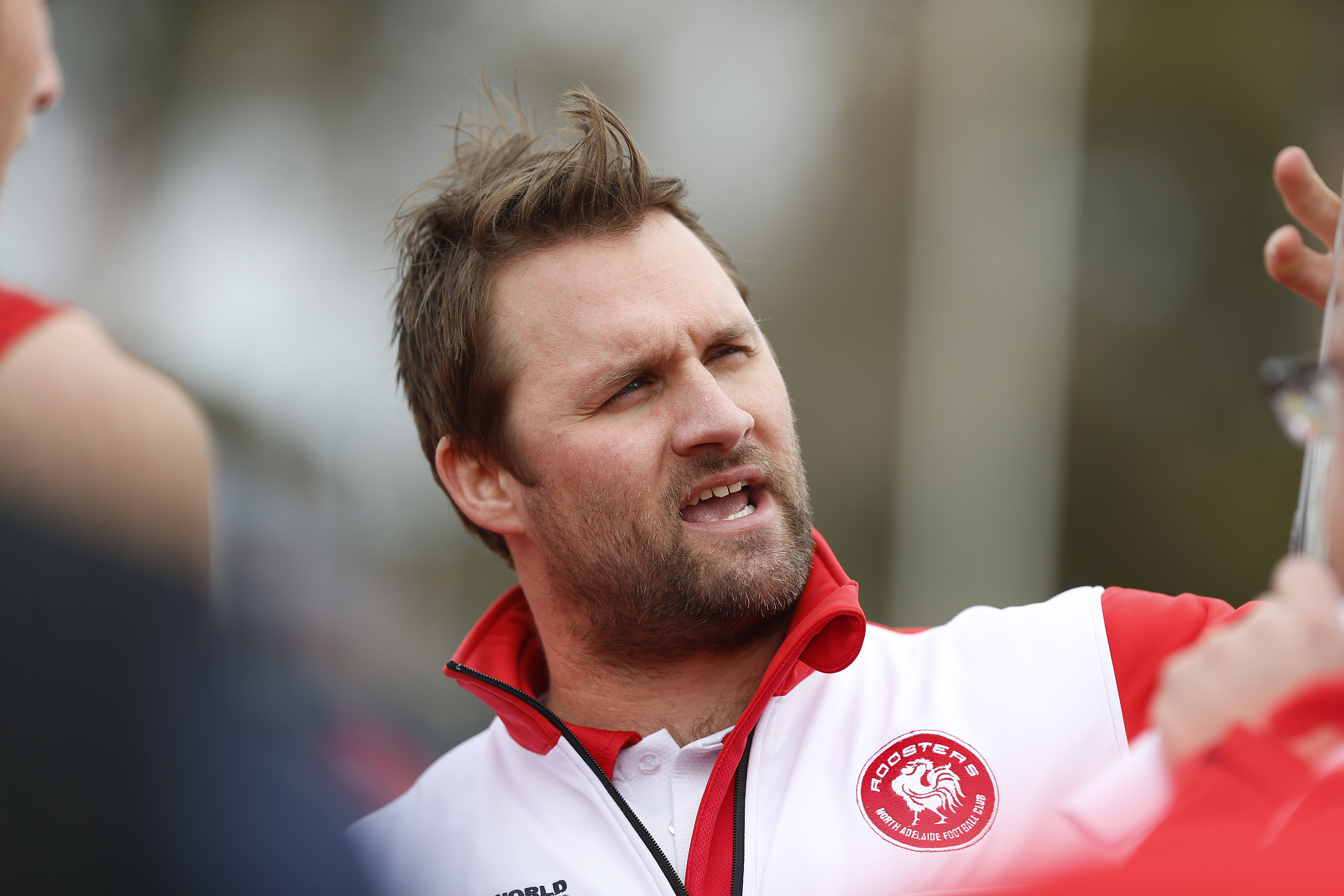 North Adelaide has wasted little time in appointing development mentor Jacob Surjan as its new senior coach for the next three seasons.

Just over a fortnight after premiership coach Josh Carr announced he would be accepting an AFL assistant role with Fremantle, the Roosters have locked away the 34-year-old after his impressive two-year stint nurturing the club’s emerging talent.

”The recruitment assessment process, whilst relatively short due to the timing, was thorough with some strong candidates to be considered,” Virgin said.

”However, over the past two years we have been able to witness Jacob’s impressive growth and development as a coach through his role as Head of Football Development, and as a key assistant to Josh Carr in building our game style, structures and culture on and off the field.

”He was considered the benchmark through the process and we’re really pleased to be able to secure Jacob for the next three years as the Senior Coach of our club.”

Originally from WAFL club South Fremantle, Surjan spent nine seasons at Alberton where he forged a reputation as a fierce on-field competitor, playing chiefly as a small defender.

Upon retirement, the Sandgroper moved directly into coaching, taking up a role as Port’s SANFL Talent Manager/Academy Coach before rising to be one of the Power’s Development coaches for three years.

Surjan began his tenure at Prospect at the start of 2018, where he played an integral role in assisting Carr in breaking the club’s 27-year premiership drought in the 2018 Statewide Super League Grand Final.

Earlier in the day, Surjan steered North’s Reserves to the 2018 premiership, illustrating he has an intimate knowledge of the current playing group at Menzies Crescent.

”His role in our historic premiership double in 2018 was enormous, and he comes into the main job with the absolute enthusiasm and respect of our whole playing group,” Virgin said.

”We congratulate Jacob on his appointment, and we all look forward to supporting his journey towards our next premiership.”