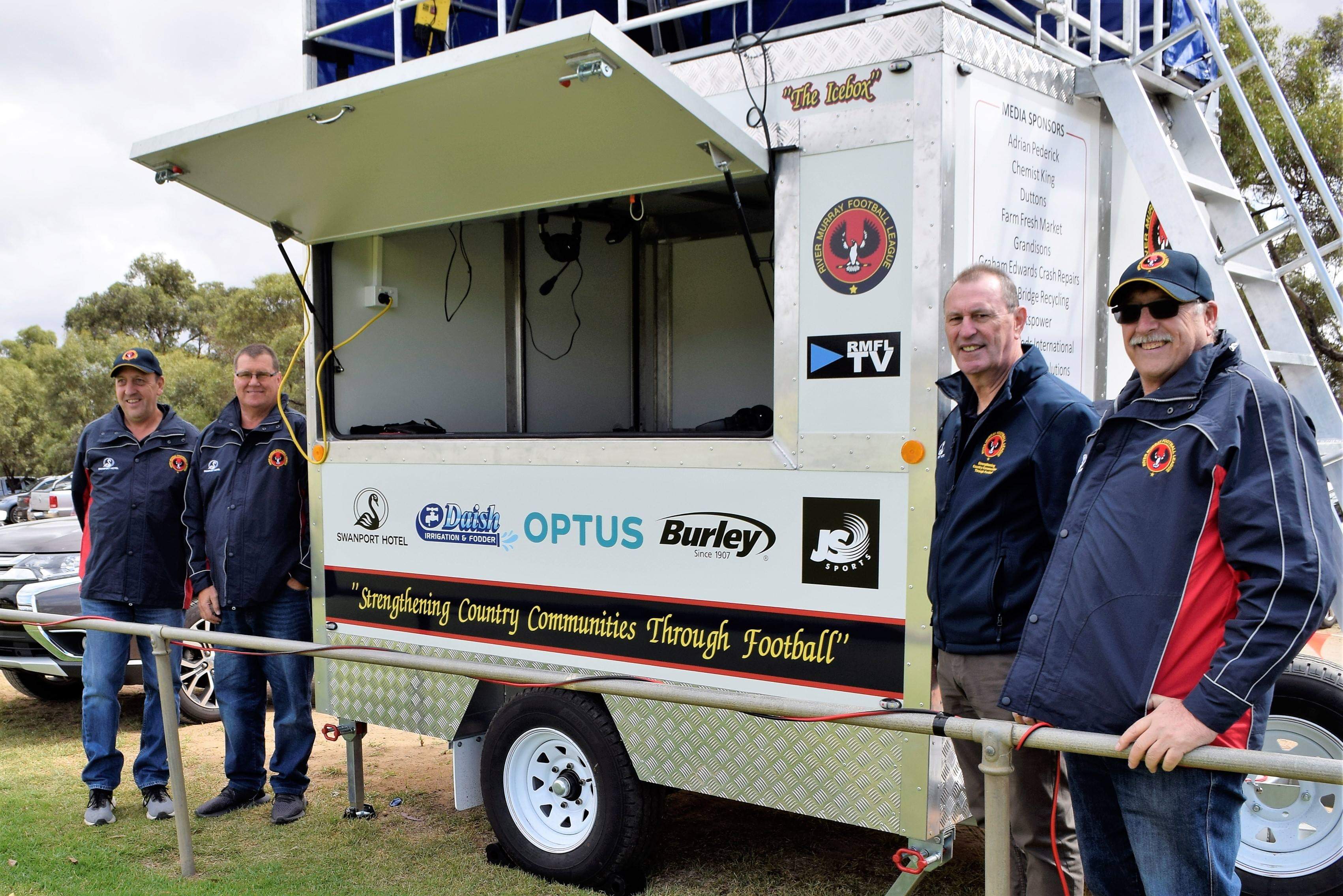 Country footy leagues are the lifeblood of local communities during winter, and now a host of them in South Australia are taking local matches to fans across the globe through the introduction of live streaming.

The River Murray Football League (RMFL) is the latest in a growing number of country footy leagues to introduce live streaming of matches this year, following the likes of Southern, Great Southern, Barossa and Hills Football Leagues.

RMFL President Terry Connolly ushered his competition into the 21st century with the introduction of live match streaming for the 2019 season. It’s been a productive move, with the League also signing an unheralded four-year naming rights deal with the Swanport Hotel in Murray Bridge.

He tasked Adelaide-based company Pro AV solutions to provide the AV expertise and equipment and local engineering company Miegel Engineering with creating the towable live streaming station, pictured above and below, from which they now broadcast a featured game each week.

“Whether living remotely in the state, interstate or overseas, live streaming is now affordable and accessible. Social media and the broader internet provide the perfect vehicle to take our game to those afar,” Connolly said.

Technology has come further than some RMFL players drive for their games each week and Connolly is quick to point out the advantages of live streaming.

“The league will benefit through a greater range of audience online and clubs themselves will have the opportunity to review their team’s performances and learnings,” he said.

“It opens doors for local businesses to advertise as league sponsors, with those already on board getting increased exposure on the live stream.”

Connolly said the League also introduced the live stream because it recognised the number of local footy fans who were elderly, in ill health or with a disability, who loved their footy but couldn’t get to a game.

“The commentary team is already gelling and bouncing discussions off each other as the games unfold,” he said.

The RMFL is understanding the role its live stream can play in the community, with the service also a medium for delivering health and safety campaign messages to young people.