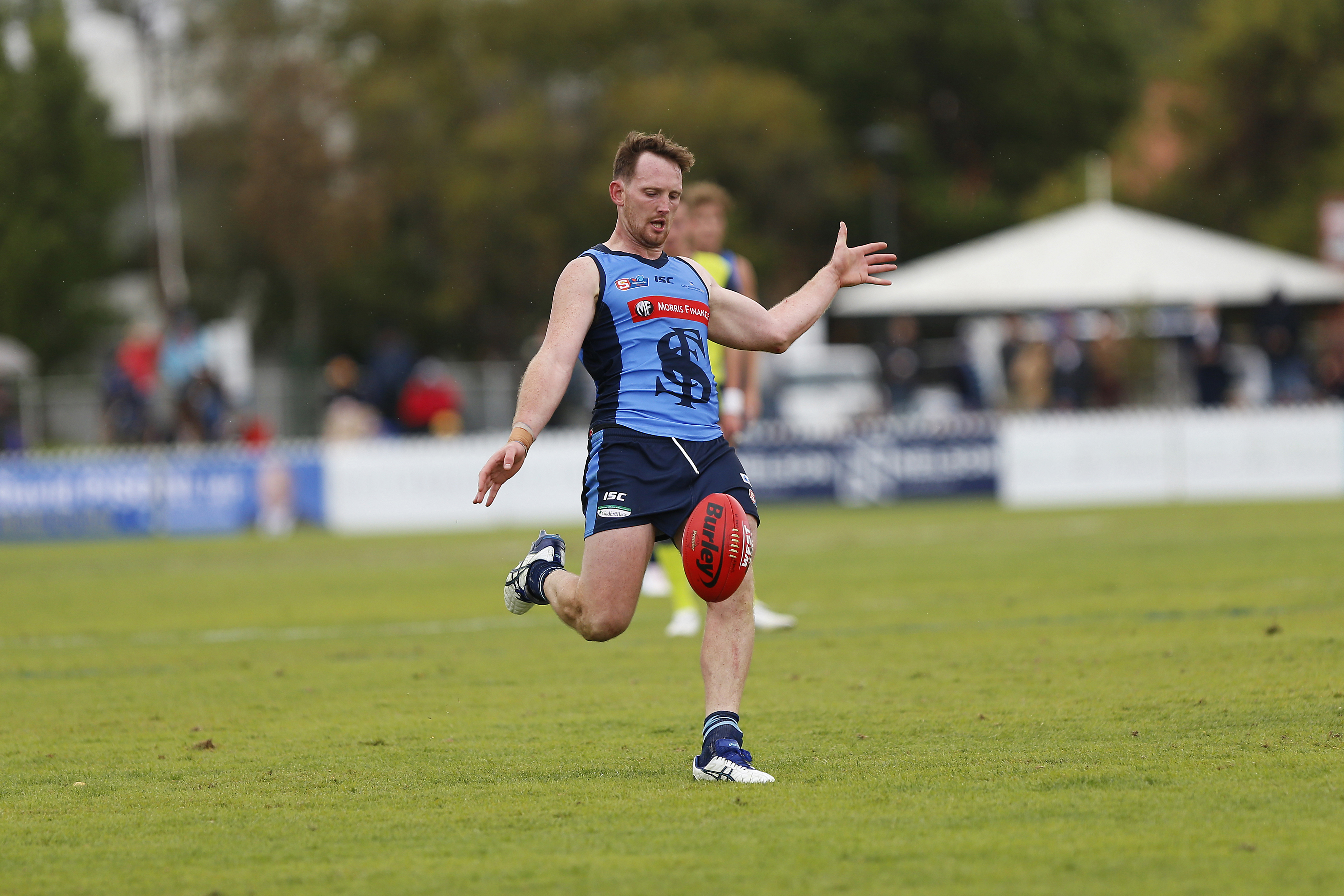 Riley rallies to his 100-game milestone

There’s hardly a more common SANFL sight than seeing Sturt’s Aidan Riley emerge from the bottom of a pack with ball in hand.

Arguably the best clearance player in the Statewide Super League, the Double Blues’ dual premiership star has also paid a heavy price for such fearless play.

Approaching his 100th Statewide Super League game against South on Sunday, Riley has taken the best part of a decade to reach his milestone due to recovering from a series of body blows in the casualty ward throughout his career.

Speaking on SANFL Radio, Riley wouldn’t have it any other way since making his League debut with Sturt in Round 8 of 2010.

Born in Western Australia and raised in Wollongong, Riley came to Adelaide once added to the Crows’ AFL rookie-list.

He was aligned to Sturt through the now defunct SANFL Mini-Draft and had little hesitation in returning to Unley once his two-season stint on Melbourne’s AFL list came to a close at the end of 2015.

Two premierships followed with the Double Blues as Riley revelled in the reaction from loyal team-mates such as Jack Stephens, Fraser Evans and Matt Crocker.

Now the fearless No.43 is hoping to make it three flags for as long as he can keep his battle-weary body held together.