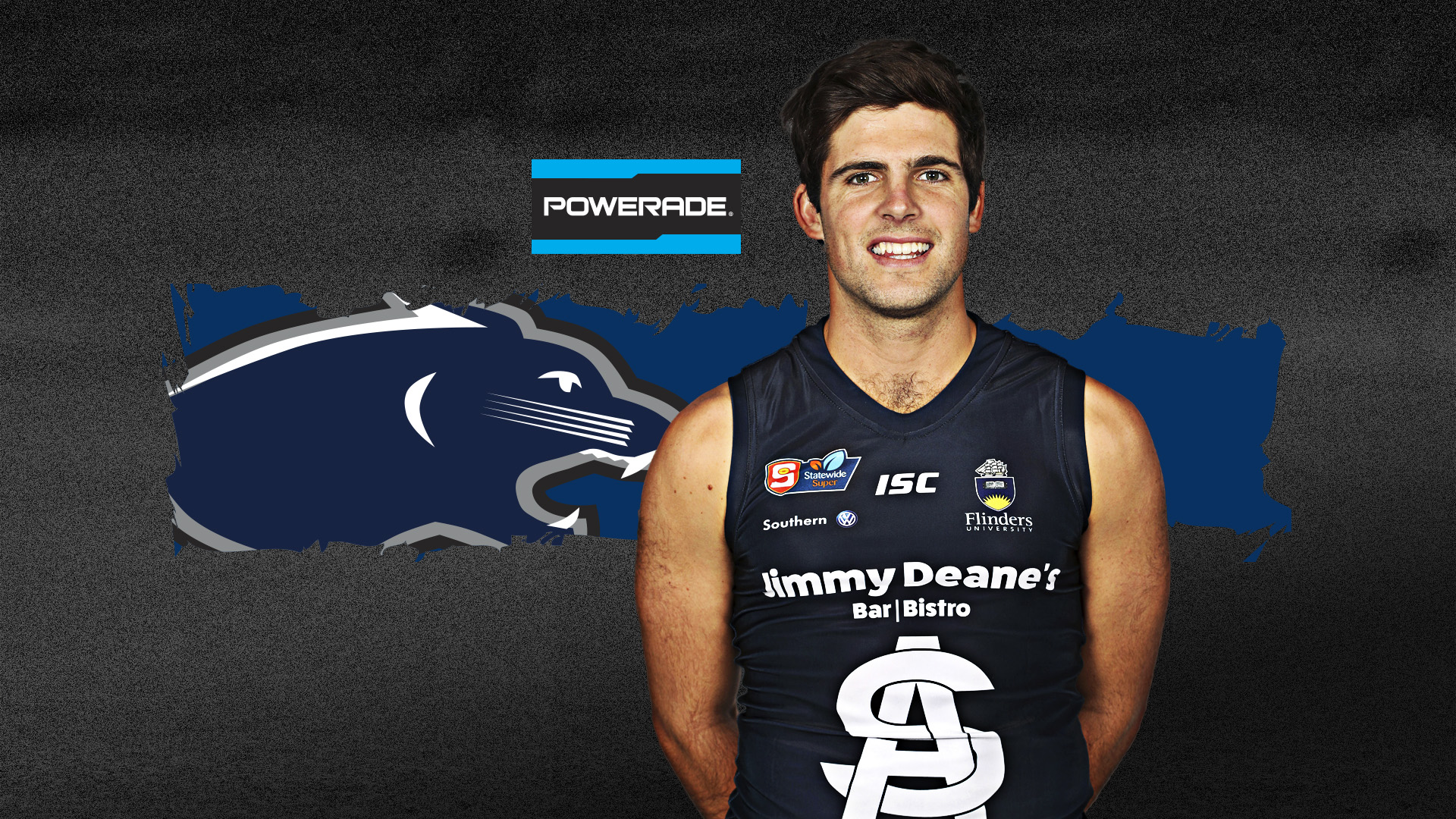 3 months ago
Sponsored by Powerade

South Adelaide’s Jesse McKinnon is beginning to blossom, but perhaps not in the way most thought he would.

Initially forcing his way into the Panthers’ League team as a genuine backman, the 21-year-old is now primed to again be a Powerade Breakthrough Player as a big-bodied midfielder.

And there was no better example of this than Round 17 last year when McKinnon – who measures in at 186cm and 92kg – posted the strongest performance in his seven-game League career.

Playing out of the centre square against North Adelaide, the Victor Harbor product racked up 21 disposals, four tackles, six clearances and three goals in the Panthers win.

It was enough for the son of West Adelaide premiership midfielder Robin to earn that round’s nomination as SANFL’s Powerade Breakthrough Player.

Now it is McKinnon’s challenge to replicate the effort on a regular basis to put himself in the running again.

”Jesse has transformed from a medium defender to a hard-working, big-bodied midfielder over the course of my two seasons as coach,” South Adelaide coach Jarrad Wright said.

”Jesse has a good endurance capacity and is strong in the contest. Wet weather is certainly his preferred conditions but over the preseason he was starting to believe in his strengths.

”He’s clean at the stoppage and strong over the ground balls.”

Despite making his Statewide Super League debut in Round 18 of 2017, McKinnon is still eligible for the Powerade Breakthrough Player Award as he has played less than 10 League matches and is aged under 23.

''Jesse has transformed from a medium defender to a hard-working, big-bodied midfielder over the course of my two seasons as coach.''