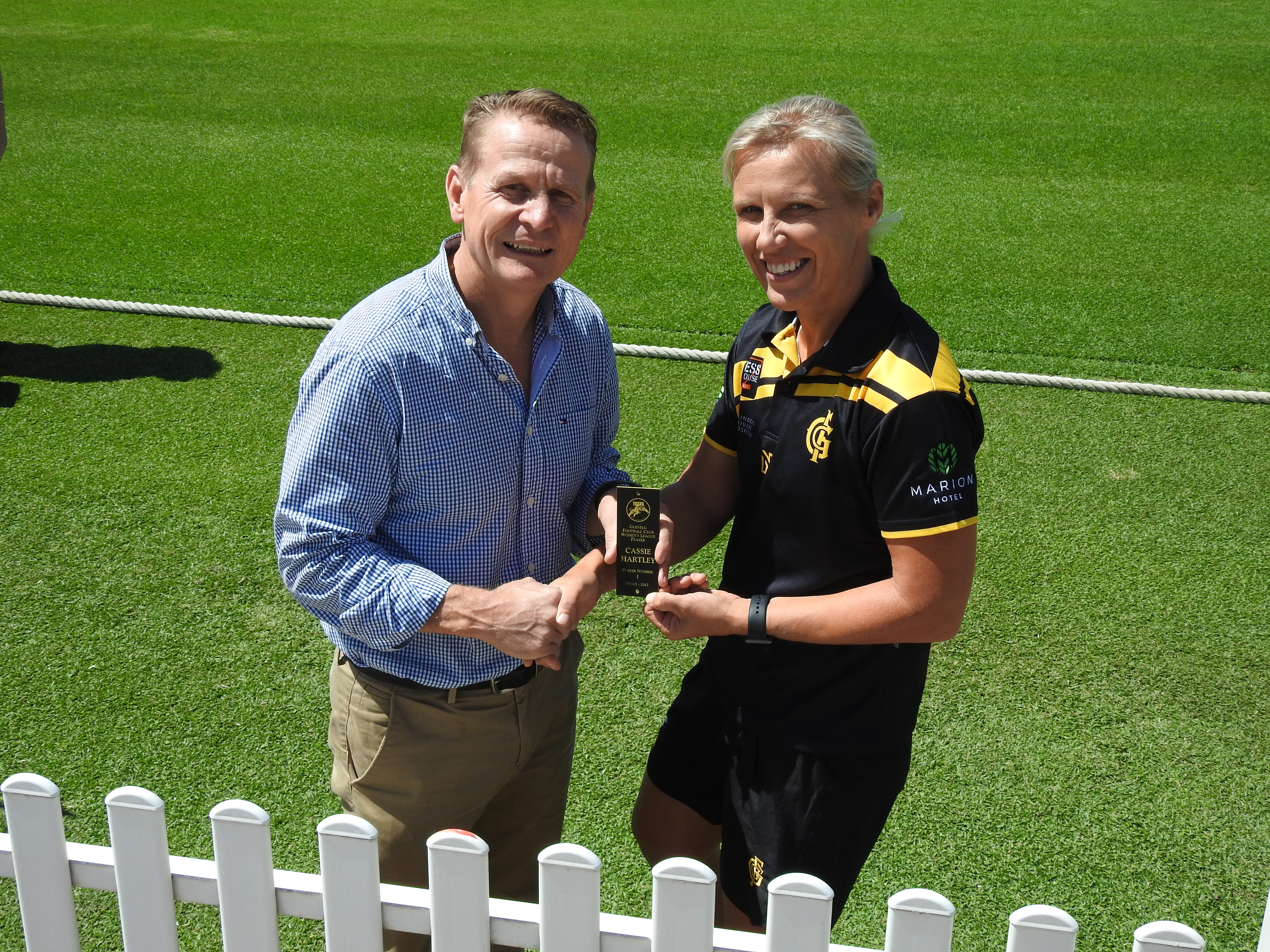 Glenelg’s Women’s players are set to join the men at the Bay in being honoured on the pickets surrounding ACH Group Stadium.

Currently, each of the Tigers’ men to don the black and gold at League level have their own individually numbered picket around the boundary line, numbered in order of their debut.

As inaugural captain, Hartley will have the honour of the No.1 plaque to be placed on the pickets, with the rest to follow in alphabetical order in similar fashion to the men.

Club historian Peter Cornwall, instrumental in developing Glenelg’s Wall of Fame – honouring each male player to represent the club – is in the process of doing the same for the Bays’ Women’s players.

Glenelg is continuing to make significant strides in its diversity at Brighton Road with newly-elected Holdfast Bay Council Mayor Amanda Wilson joining as Club Patron while Catherine Sayer is the first female elected to the club’s Board of Directors.

”The strong emergence of women’s football at the club shows the interest women have in football both on and off the field.

”It is important to acknowledge the women involved at the club are the best people for the job they hold.”