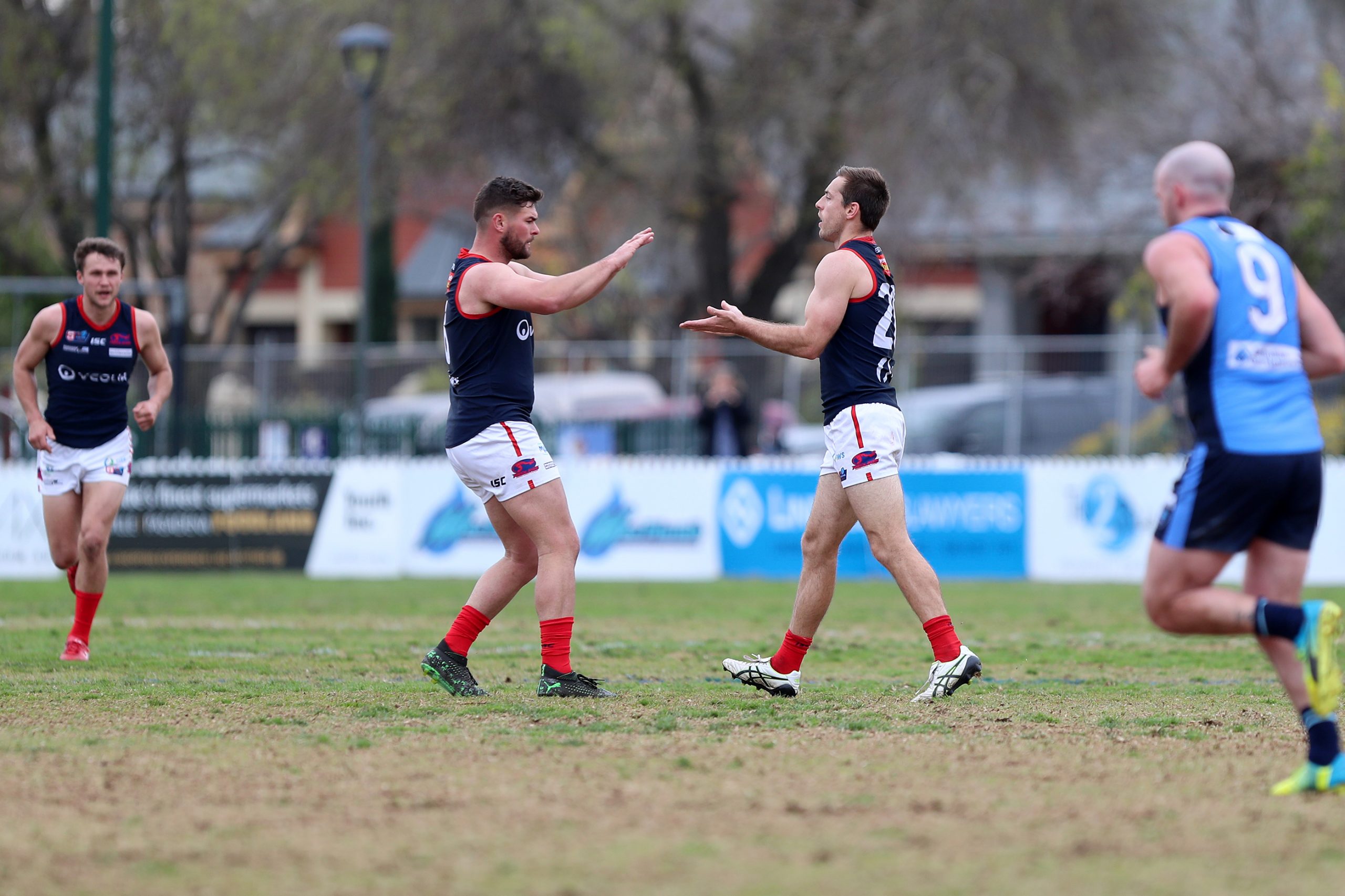 Norwood systematically wore down a fast-starting Sturt to earn a 15-point win at Peter Motley Oval on Sunday.

With star recruit Ryan Bastinac making his first appearance in the Statewide Super League, the Redlegs were forced to shut the Double Blues down to earn their second win of the season.

Conceding four of the first five goals and seven for the opening term, Jarrod Cotton’s charges suddenly found themselves trailing by a game-high margin of 26 points, deep into time-on.

Sturt’s Abe Davis marked a long centre clearance from Tom Harms before converting from a 35m set shot, giving the locals plenty to cheer about against their fierce rival.

South Adelaide recruit Davis, playing chiefly as a key forward in the first term, looked ominous with two goals while premiership goalsneak Josh Hone also had a pair before the first change, including an eye-catching finish on the paint of 50m.

But this would be the last of any fluent play Sturt would produce as the visitors slowed the speed of the game down to their advantage, retaining possession at every opportunity.

This was illustrated in the lop-sided mark count, with the Redlegs taking 104 to Sturt’s 57 for the match as they used their foot skills to positive affect.

The Double Blues couldn’t manage a goal between debutant Harry Morrison dribbling through his first Statewide Super League goal 20 minutes into the second term until Hone booted his third major from a tough set shot in the sixth minute of the final quarter.

In between, Norwood gradually took control through ruckman Sam Baulderstone’s dominance at the stoppages with the best ruckman in the competition tallying 16 disposals, five clearances and a mammoth 61 hit outs.

Naturally, this brought Magarey Medallist Mitch Grigg and former North Melbourne midfielder Bastinac (23 disposals, eight clearances and a goal) into the game while captain Matt Panos and Declan Hamilton played their part between attack and further up the field.

Grigg was influential with 27 disposals, nine marks, seven tackles and five clearances but tellingly, the former Crow kicked his two goals at vital junctures in the game.

His first, featured in the clip below, came less than 10 seconds before the three-quarter time siren as he streamed through the middle of the ground to let fly from inside the centre square.

Not only did it restore the lead for the Legs, it gave them momentum heading into the final half-an-hour.

The Jack Oatey Medallist struck again two minutes into the fourth stanza when he bodied out his opponent to take a strong contested mark from an intelligent Hamilton foot pass.

The dangerous Hamilton had earlier nailed a set shot from 35m in front when the ball dropped short, the former Western Bulldog finishing with 20 disposals and eight marks to go with his four shots on goal.

Sturt still managed to cut the deficit to nine points when nippy Jack Penfold booted a behind but the visitors got their sealer when Richard Douglas earned a free kick for holding the ball 20m from goal.

Lewis Johnston, resuming from a quad strain in his new defensive role, made a successful return for the Legs to tally 26 disposals and 15 marks, often pin-pointing his teammates through the corridor by foot.

Sturt captain James Battersby worked hard for his 26 disposals and 11 clearances and Sam Colquhoun had 23 for the hosts who had Hone and Jake Sutcliffe each boot three goals.

Hone battled hard further up the ground to earn 20 disposals, often using his elusiveness to create opportunities for his team.

Former skipper Zane Kirkwood collected 14 disposals while laying 13 tackles for the Double Blues but ultimately, they were unable to recapture the attractive brand of football they produce in the first quarter.