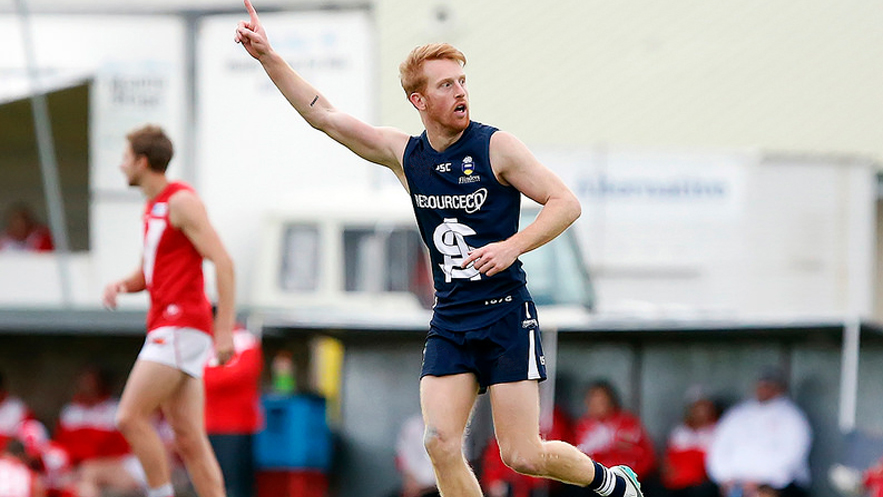 Nick set to dip his Lid

Five-time Knuckey Cup winner Nick Liddle could play his last game for South Adelaide on Saturday after announcing he will retire at season’s end.

With the Panthers needing victory against Adelaide at Flinders University Stadium to sneak into the top five, Liddle’s revelation will allow the Navy Blue faithful one more opportunity to see the 31-year-old run around at Noarlunga.

A South Adelaide Life Member, Liddle will fall just short of joining team-mate Brad Crabb in SANFL’s 200 Club, with the contest against the Crows to be his 191st wearing the No.9 guernsey.

Should the Panthers topple the Crows and either Norwood or Sturt lose their Round 18 contests, Liddle’s career will extend for at least a week with a berth in the Elimination Final.

“Since getting Nick over to South Adelaide in 2010, he has embraced this club and brought into what we are all about,” South Adelaide CEO Neill Sharpe said.

“Football clubs need people like Nick, who are genuine good people and who always gives his heart and soul.

“There isn’t much that Nick hasn’t done, he has been an incredible servant to the South Adelaide Football Club.

“I urge all members and supporters to get down to Flinders University Stadium on Saturday afternoon to not only help get the boys over the line, but to also farewell two club legends (Nick Liddle and Brad Crabb) in their last game at Noarlunga.”

Recruited from VFL club Coburg, Liddle made his SANFL Statewide Super League debut in Round 1 of the 2010 season.

The diminutive rover has become a mainstay in the Panthers’ League line-up ever since, evidenced by him rarely missing with injury and not playing a Reserves match in his 10 seasons at Lovelock Drive.

Liddle’s consistency is illustrated in him winning South’s best-and-fairest award (Knuckey Cup) on five occasions and being selected in The Advertiser SANFL Team of the Year for seven of his 10 campaigns in the Navy Blue.

A three-time West End State team representative, Liddle played in three winning matches donning the cherished red guernsey, including the memorable win against the VFL at Port Melbourne in 2014.

On a competition scale, Liddle has proven his credentials with winning last year’s Shearman Medal as voted by the SANFL coaches while also being runner-up in the 2011 Magarey Medal count.