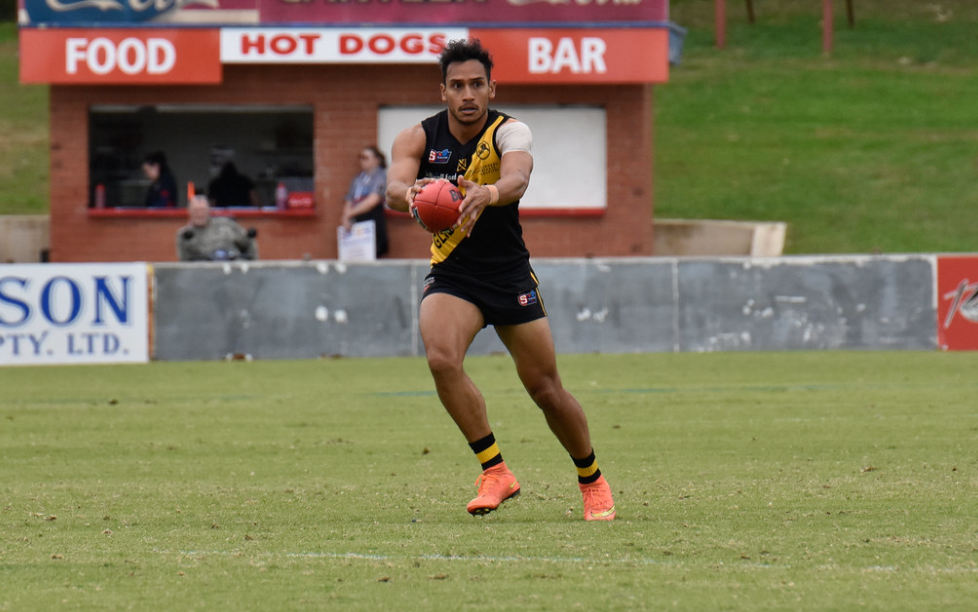 Marlon makes his own way to 100

A proud Territorian with a strong family history at the Wanderers Football Club in Darwin, Motlop’s first foray into the SANFL came when he lined up for North Adelaide’s Under-17s in 2006.

Speaking on SANFL Radio, the 29-year-old said his dream was always to play in the AFL, which he achieved during an injury-hampered four years with Port Adelaide.

The same year he made his AFL debut, Motlop lined up in his first Statewide Super League game for the Roosters in Round 9 of 2008.

He remembers it very clearly – from arriving at the ground late under the tutelage of Andrew Jarman – to booting three goals in North’s win against the Eagles.

After regularly playing each ”pre-season” with Wanderers in the NTFL, Motlop also enjoyed a two-year period in the WAFL where he played for Swan Districts and Peel Thunder.

The silky-skilled midfielder was always going to head back to Adelaide where he reunited with North before joining the Bays at the start of 2018.

On the verge of quitting SANFL ranks before landing at Brighton Road, Motlop is now thriving under coach Mark Stone as he looks to continue the tradition of his uncle Mark Motlop, who played with Glenelg during the 1980s.