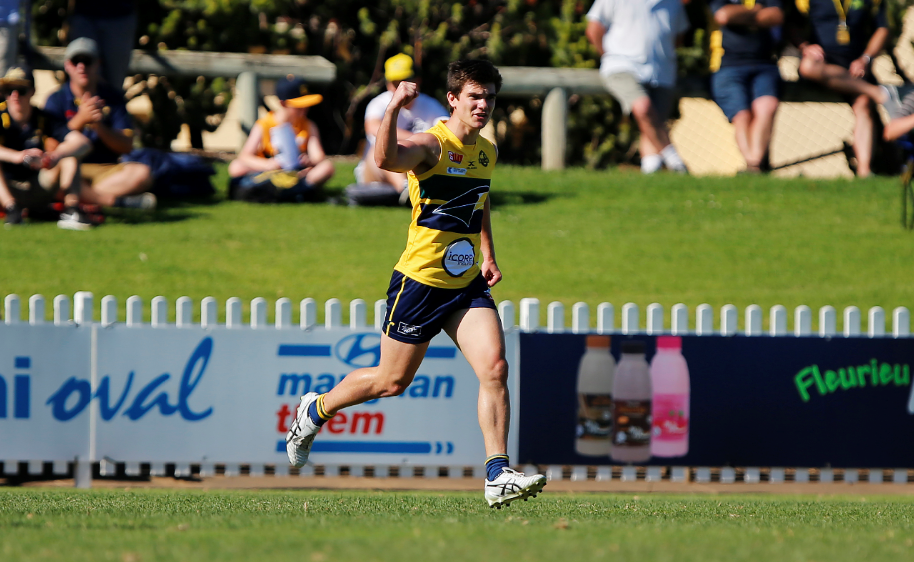 He’s taken an unconventional path to 100 but Eagle Jake Johansen already has his sights set on reaching 200 Statewide Super League games before he hangs up his boots.

Still only 22, Johansen senses he still has at least eight years left in his wiry body as he prepares to reach triple figures against Central District on Saturday.

Speaking on SANFL Radio, Johansen said he is still very appreciative of the opportunity given by Port Adelaide to start his SANFL career.

Making his League debut for the Magpies in Round 1 of 2013 as a 16-year-old, Johansen managed a total of 15 games in his opening season.

Captaining South Australia’s U18 National Championship Team in 2014, the Henley Sharks product moved to Glenelg in 2015 after being overlooked by AFL clubs.

After two seasons with the Bays, Johansen was then gifted an opportunity at Oval Avenue in 2017 which he is relishing with every outing.

The hard-running midfielder-forward has now played nearly half of his 100 matches with the Eagles as he has his sights firmly set on sharing the ultimate prize with his teammates.

Known for his love of celebrating a goal, Johansen is currently studying a Marketing/Business degree at the University of South Australia.