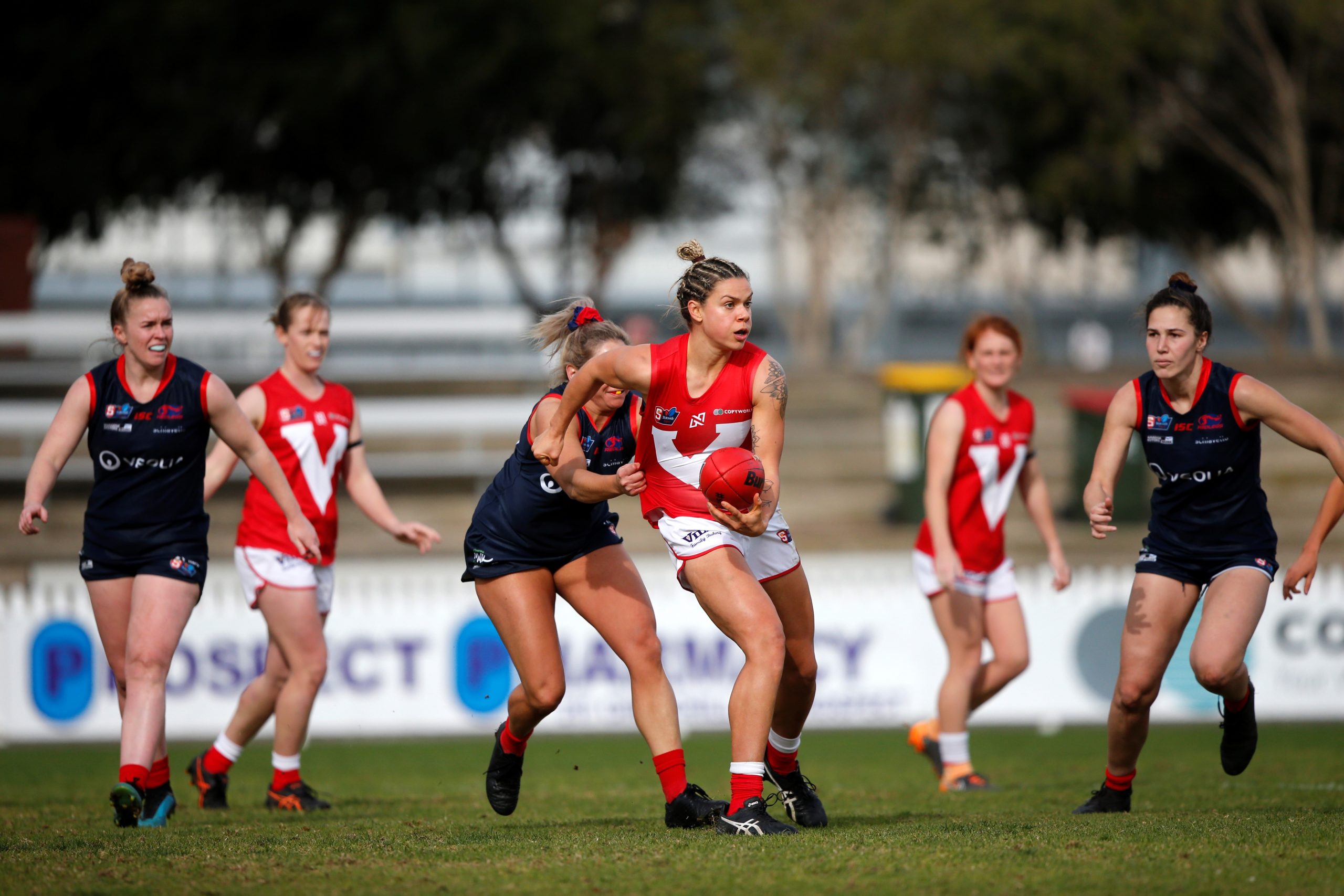 Hatchard & Marinoff in Race to the Top

North star Anne Hatchard on her way to racking up 39 disposals against Norwood in Round 7. Picture - Cory Sutton

Crows AFLW stars Anne Hatchard and Ebony Marinoff have been rewriting the SANFLW history books after finding plenty of the footy in this year’s Statewide Super Women’s League.

In her first season with the Roosters, Hatchard set a new high for most disposals in a SANFLW match after racking up a staggering 42 against Sturt in Round 5.

The 2020 Crows AFLW Club Champion was at it again on Saturday, collecting 39 possessions in North’s convincing win against the Redlegs.

But her premiership teammate at West Lakes, Glenelg’s Ebony Marinoff, nearly ensured the new benchmark lasted just a fortnight when she registered 41 disposals against the Double Blues in Round 7.

Despite having played just six games for the Bays, Marinoff appears in the top 10 highest disposal winners on four occasions having also produced a monster performance in last year’s first semi-final which yielded 39 possessions.

In the comprehensive list compiled by tireless SANFL History Centre volunteer David O’Hara, Sophie Li’s 37-disposals effort for the Redlegs in the opening season still splits the game-breaking feats of Hatchard and Marinoff.