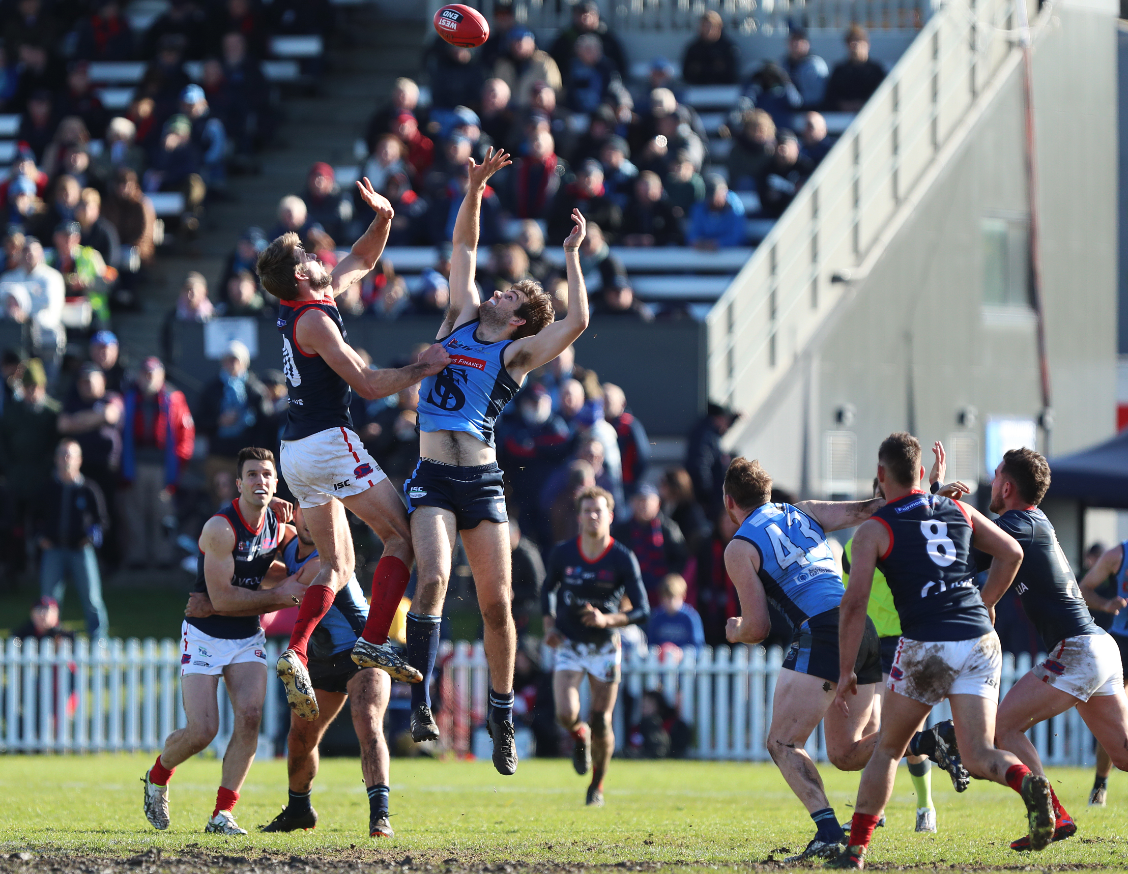 Danyle Pearce (Sturt) v Dom Barry (Norwood)
The smooth-moving indigenous left-footers could find themselves battling on the wing in what looms as an exciting match-up. Pearce, in his first year back with Sturt after a 258-game AFL career with Port and Fremantle, has the experience while Barry has the youthful exuberance between the pair. Both players love to find space so they can run and carry the ball across lines before delivering it with precision by foot. They also love a goal while in full flight, so watch out!

Daniel Fahey-Sparks (Sturt) v Sam Baulderstone (Norwood)
Another case of youthful age versus experience in what looms of the biggest game in Fahey-Sparks’ 15-game League career. The 21-year-old has displayed significant improvement in the latter part of the season, culminating in a noteworthy performance against Glenelg which yielded a monster 46 hit outs and 13 disposals. But when it comes to hit outs, there’s none better than Baulderstone, who leads the competition with 665 for the season as he positions his frame perfectly at the stoppages.

Jack Stephens (Sturt) v Brady Dawe (Norwood)
One of these premiership players will line up for the last time on Saturday after announcing their retirements within the past fortnight. And there’s every possibility Stephens may be asked to stretch his 190cm frame to combat the 197cm Dawe inside the Redlegs’ attacking 50m arc. Stephens is a master at getting a timely fist in to spoil but Dawe will be hard to shrug as the Double Blues’ vice-captain looks to provide rebound. Despite his lanky stature, Dawe never gives up the chase once the ball hits the deck.