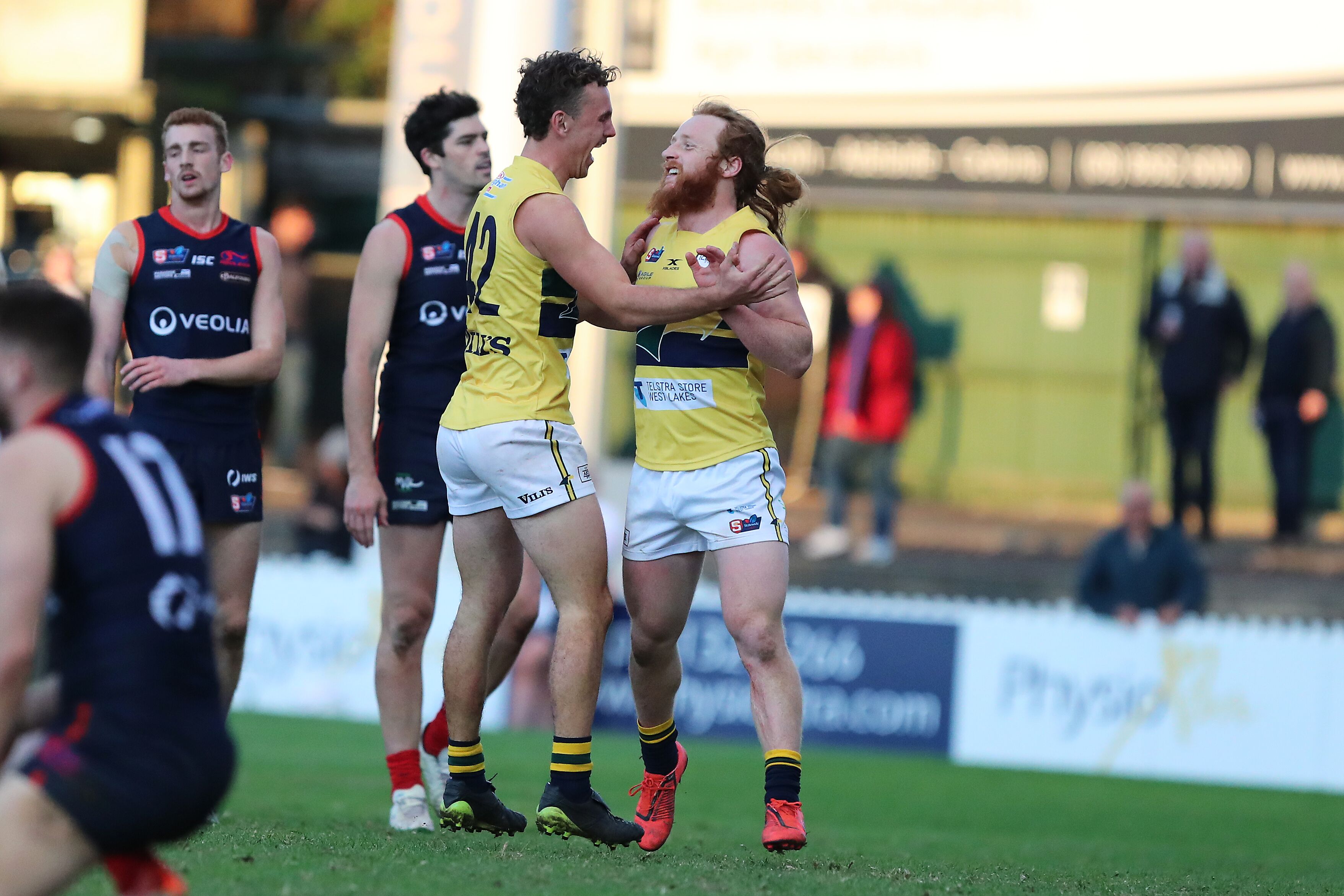 Woodville-West Torrens’ stunning resurgence continues to gain momentum after an impressive 54-point win against Norwood at The Parade on Saturday.

The Eagles were sitting in lowly ninth place with a concerning 1-5 win-loss record at the end of Round 6, having lost five games in succession under new coach Sam Lonergan.

But everyone concerned at Oval Avenue refused to hit the panic button and in the past month, the rest of the SANFL competition now understands why.

In stringing together their fifth win in a row, the Eagles have now powered their way back into sixth place as they knock on the door of a spot in the top five, trailing fifth-placed Sturt on percentage.

And in winning at The Parade for the first time in four years, the Eagles proved their potency in kicking the highest score of the Statewide Super League in 2019 without star forward Jack Hayes who was sidelined by a knee injury.

Celebrating the milestone of SANFL’s newest 200 Club member, James Boyd, the Eagles piled on eight goals in the third quarter to stretch the half-time margin from 15 points out to a match-defining 50 by the final change.

”It was terrific, the boys played really well, especially in the third quarter when we really kicked on,” Boyd said.

”I’ve loved the way the club has embraced me since I arrived. The way we started this year wasn’t great but now we are back and hopefully on our way to bigger things this year.”

Boyd, who tallied 27 disposals, eight clearances and six marks, was among a plethora of strong midfield contributors for the visitors which also included Chris Hall and Angus Poole, the latter two also booting six goals between them.

But the big surprise packet was Eagles veteran Seb Guilhaus, who kicked narrowly missed finishing with a haul of five goals after slotting 4.1 from eight disposals and five marks.

”I don’t know how that happened but it happened,” Guilhaus told Channel 7 after the match.

”I’m not known for my goalkicking or kicking in general. With any marks and kicks, I’m usually in disbelief that I have marked or kicked the ball.

”I was just happy that I contributed by playing my role.”

Right in the contest after a seesawing first half, the Redlegs buckled under the extreme pressure applied during the third quarter.

Finishing with 15 fewer inside 50 entries, the Redlegs’ saving grace was avoiding its worst losing margin against the Eagles, which was 73 points in the 1993 Grand Final.

Inform Norwood defender Brad McKenzie led the way with 31 disposals and 11 marks while Dom Barry and Mitch Grigg were the only other Legs to tally in excess of 20 touches.