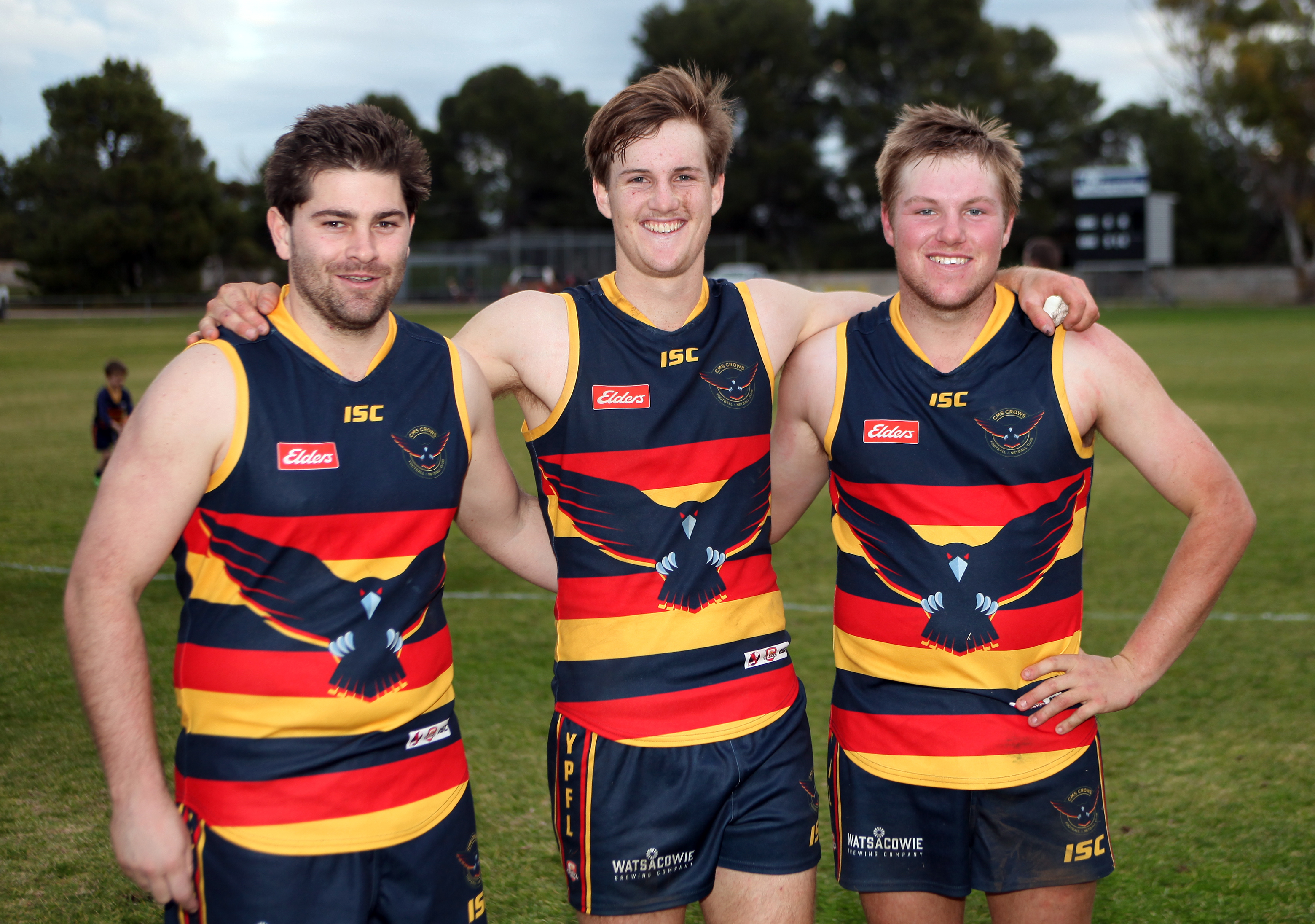 In a tight and close competition on KI, the Kingscote side had a strong 61-point win over Wisanger on home soil last Saturday afternoon.

They slammed through six goals to two in the opening term and were already 42 points up at half-time before charging away with a further five goals to one in the third quarter.

Daniel Roesler and Jack Grimes kicked three goals each for Kingscote, while a good spread of players finished with a brace.

Best for the Panthers was Luke Stewart followed by Paul Bott and Gavin Mason.

Both Anthony Anderson and Luke Shurven, who was among the best players, kicked two goals each for the vanquished.

In the other game on the weekend at the Parndana oval in the middle of the island, the Roosters enjoyed a strong 66-point win at home over Dudley United.

Imran Sullivan, who finished with three goals, along with Ryan Tilling, also had their moments.

Paskeville confirmed its place at the top of the Yorke Peninsula Football League  ladder after a hard fought 15-point win over the Kadina Bloodhounds on its home ground last Saturday in round 14.

The Magpies were dominant early and lead by 35 points at the long interval. Still looking in control at three quarter time, Kadina outscored them in the final term, kicked four goals to two.

Brodie Paige and teenager Brock Thomson, fresh from his under 16s national championships campaign on the Gold Coast, along with Jesse Pomery were the Magpies’ best.

Jason Manners was the Bloodhounds’ best, followed by the industrious Bryce Woolard and Lachlan Glazebrook.

The trio of Charlie Adams, state country squad member Giles Ellis and teenager Will Schultz all kicked two goals each.

The Moonta Demons travelled across to Bute and beat the Roosters by comfortable 32 point margin.  The Demons started well, being 38 points up at the long interval.

By three quarter time they led by 62 points, however Bute regained some respectability with six goals to one in the last quarter.

For the Demons, best players were Tyler Andrews, ruckman Jonathan Ross and late-season import from the top end Hugo Drogemuller.

The CMS Crows travelled up to Maitland Oval and had an impressive 61-point triumph over the Central Yorke Cougars.

This game was still up for grabs at quarter-time, but the Crows kicked six goals to one in the second term to set up the victory.

After an even third term, the Crows kick six goals to one in the last to secure a big win.

Liam Cocks, Warrior and Male each kicked two goals for the Crows.

Others who took the eye included Henry Hollams, Ciaran Hollingworth-Hughes and Jackson Bruce.

“We kicked three goals in the first term against the wind.

“This will be the first time Wallaroo will play finals football in eight years.”

Local lad Bailey Hann had a big day on his wing, while defender Dylan Boundy played with plenty of poise and pushed forward, kicking a pair of goals.

Veterans Shane Jordan and David Allocca were productive, as was former Virginia player Ben Russell for the Doggies.

Fresh from his “player of the championship” honour at the Country Championships in Port Pirie two weeks ago, Sid Masters kicked three goals and was best for the Magpies.

Caleb Prime, Jake Bammann, Ben Lienert and Tom Davey with two goals were all serviceable for the host team.

The Kimba District Tigers had a handsome victory over bottom-placed Cowell Cats, winning in a distinctly one-sided affair by 171 points and having 52 scoring shots to only six.

Wayne Piggott was the Cats’ best, followed by Matthew Franklin, James Martin and Tyson Webb, who kicked Cowell’s two goals for the day.