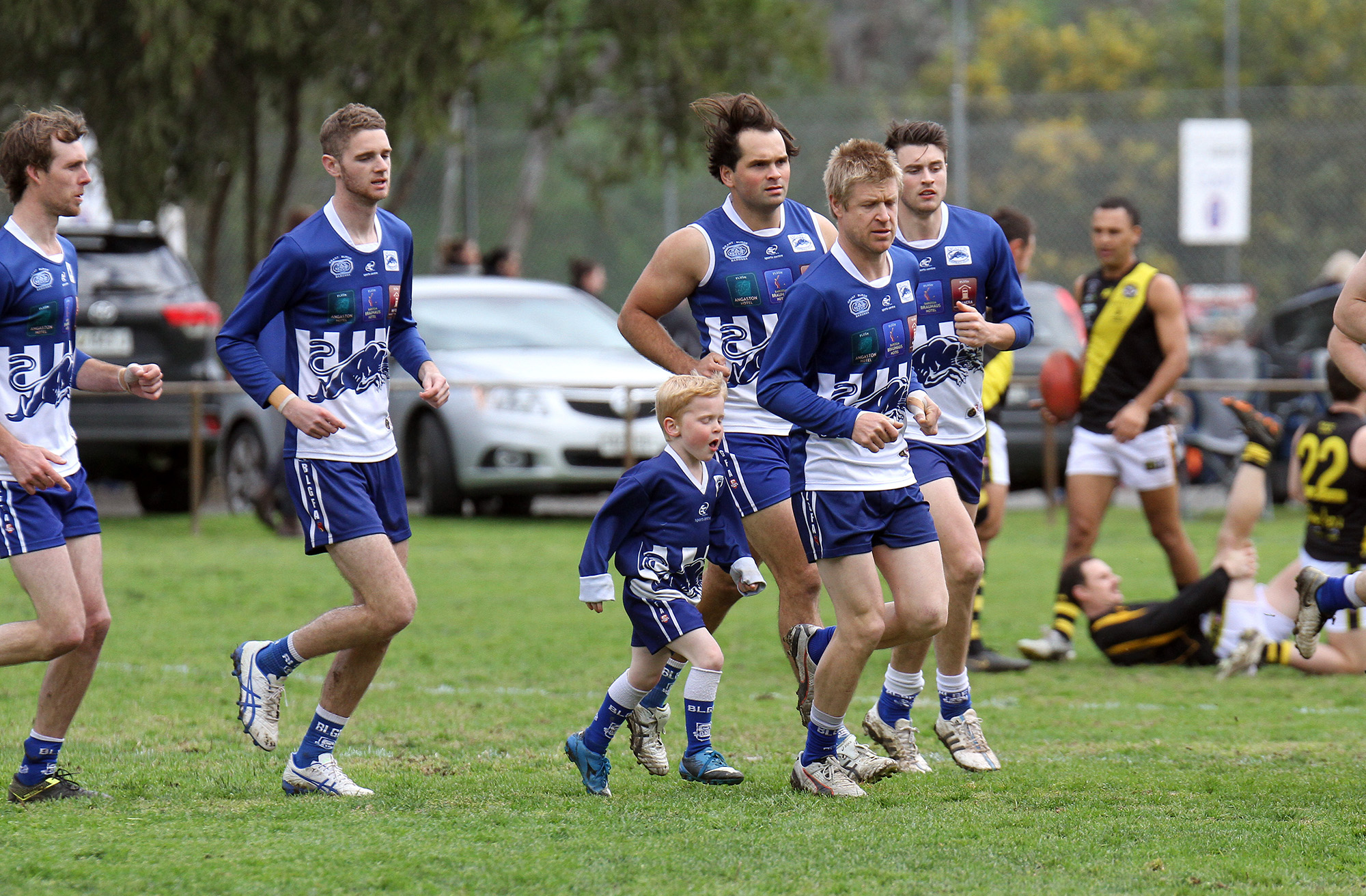 Two Wells has gained direct entry into the 2019 Adelaide Plains Grand Final after beating an inaccurate Balaklava at Lochiel Oval in the second semi-final last Saturday.

The Peckers held a five-point lead after a Shane Moss goal 12 minutes into the last quarter. However late majors by Two Wells pair Matt Camplin and Peter Seccafien gave the Roosters a seven point victory.

Leading the way for the Roosters were Tallan Leighton, Patrick Binyon and Harry Gameau.

Jamie Humphries, the ever-reliable Ned Seccafien and Aaron Dart also had their moments, while Matt Camplin finished with three goals.

Lachie and Brad Michael were best for the Peckers, along with Chad Ruiz and Jason Henderson. Moss finished with three goals and his second, early in the last stanza, was his 100th for the season.

At Centenary Park in the heart of Port Lincoln, the Tasman Football Club had a heart stopping five-point second semi-final win over the Mallee Park Peckers.

Mallee Park started well and had a 17-point lead at quarter time before Tasman kicked four unanswered goals in the second quarter to take the advantage going into the long interval.

Nine points separated the combatants at three quarter time before both teams kicked three goals in the last quarter, although the Peckers had four more shots. The final score was Tasman 13.7 (85) defeating Mallee Park 12.8 (80).

Scott Young kick five goals for the famous west coast Peckers while Wes Bilney and Malcolm Miller both notched up a couple.

Mallee Park now play Marble Range in the penultimate game of the season.

At Port MacDonnell Oval, Glencoe powdered away in the second half to have a thumping 64 point second semi-final win over the Hatherleigh Eagles.

The Murphys started well with six goals to two in the first quarter, but the Eagles kept within striking distance at half-time, before Glencoe charged away with the game, kicking eight majors to one after the long interval.

The competition’s leading goal kicker, Brodie Foster, finished with four and now has 117 for the season while dual sporting talent Alex Hentschke and Michael Mcrae were valuable allies, both finishing with three among nine separate goal kickers for the victors.

With a six-goal haul, Sam Telfer was the Eagles’ best, followed by Mitchell Leek, Matthew Fabris and Jack Gray.

Renmark has won its way through to the Riverland Football League 2019 Grand final, defeating Loxton North by a comfortable 69-point margin at the Lakeside Oval in Barmera.

Renmark was already 22 points up at half-time before cruising through the second half, kicking 11 goals to four, with the final score reading Rovers 18.13 (121) defeating Loxton North 8.4 (52)

For the well-beaten Panthers, Joel Worsfold was their best followed by Scott Meneghetti, Michael Scott Riley Hammerstein and Matthew Lidgerwood.

The Renmark Rovers now take on top side for the season Waikerie in the grand final at Berri Oval.

Magpies big forward Daniel Nobes needs seven goals in this contest to achieve the magical 100 goals for the season.

In week one of finals in the Spencer Gulf, in the second-semi South Augusta gained direct entry into the big dance with a significant 44 point win over the PropRisdon Lions.

Matthew Downey was best on ground for the Bulldogs followed by Aziel Stuart, Will Bolitho,

Other multiple goal kickers for the South Augusta side included Kahran McKenzie with four, Stuart, who joined in with three, and Gary Warren who finished with a pair.

In the first semi, played on Saturday at Port Pirie’s re-furbished Memorial Oval, Solomontown had a big win over Central Augusta.

The Cats kept the visitors goalless into half-time and went on to win the game by a big 65-point margin. Brayden Francis was Solomontown’s best, followed by Josef Caputo, Ryan Saracino, Joseph Head and Mason Munzberg.

Riley Hayes slotted through four six-pointers for the Cats, while Scott McIntyre and Corey Davey both finished with three.

Bouncing back after a second semi-final loss, Angaston shook off 2018 premiers Nuriootpa Rovers with a potent six-goal third quarter to win the preliminary final match at Williamstown’s Jubilee Park, Angaston 15.8 (98) to Nuriootpa 10.9 (69).

Nuriootpa was again well-served by the Raikiwasa brothers, “Bobby” and “Magic”, while last year’s Hurn medalist for best on ground in the grand final, Bradley Hoepner, gave plenty of rebound. The often unheralded Aaron Laverty was industrious around the ball.

Main image above: I want to be just like dad: Angaston’s Andrew Pech runs onto the ground with his son. Photo: Peter Argent

Crystal Brook set up the victory with four unanswered goals in the second quarter and then added a further five in the third, winning 15.12 (102) to 9.7 (61).

Daniel Hill and Josh Eagle kicked four goals each for the Brooks in this win.

This will be the fourth consecutive year that Broughton Mundoora take on Crystal Brook in the season-decider of Northern Areas footy.