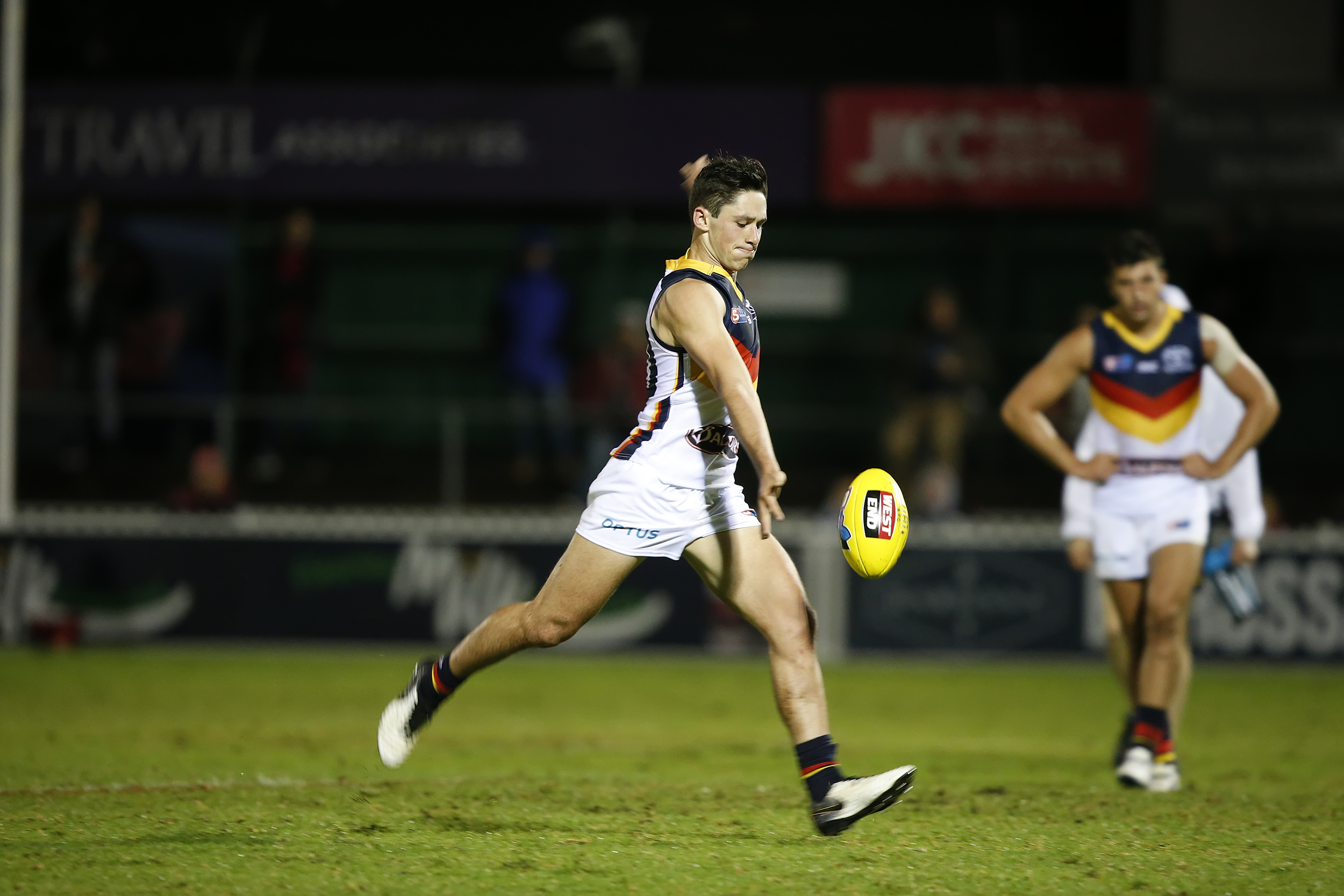 Adelaide has signaled its premiership credentials by ending Norwood’s unbeaten run with an 18-point come-from-behind victory at The Parade on Friday night.

Trailing by as much as 30 points nearing the half-time siren, the Crows looked set for defeat as the hosts did as they pleased before the main change.

But Heath Younie’s men, not for the first time this year, again flicked a switch to produce a stunning half of football to pile on 7.8 to Norwood’s nine behinds in the second half.

It left the injury depleted Redlegs reeling as they continued to look heavier in the legs as the game wore on with defender Tom Forster sidelined by concussion and midfielder Will Abbott not appearing for more than a quarter with a knee complaint.

Former Sturt forward Shane McAdam started the momentum shift in the third term, nudging experienced Redleg Cam Shenton under the ball before finishing with a nice checkside dribble along the ground.

Adelaide midfielder Pat Wilson, again side’s most consistent with 30 disposals, put his side in front for the first time since midway in the first term when he turned to finish nicely from 40m to give the Crows a one-point lead.

Then impressive teenager Chayce Jones just cleared the pack on the goal line with his left foot snap from 35m before McAdam slotted through his third goal for the evening with a straight set shot from a 45C angle.

Ex-Richmond goal sneak Tyson Stengle sealed the deal with his classy finish along the ground having used his body well to edge his opponent under the incoming ball.

Wilson, Jones and spirited first-year draftee Ned McHenry all made strong contributions with 24 more disposals or more while Stengle is threatening to tear a game apart after booting 2.5 for the second occasion this season.

Without Bob Quinn Medallist Matt Panos who was a late withdrawal due to the flu, Norwood looked set for a percentage boosting win when Dom Barry kicked a genuine contender for Channel 7 Goal of the Year 20 minutes into the second stanza.

The former Power wingman soccered the ball out of mid-air from a tight angle in the pocket, causing it to sail through from no less than 20m out.

It was Barry’s third goal for the quarter, and with his trademark run causing plenty of damage on the outside, while Lewis Johnston and Mitch Grigg found plenty of the ball, it looked like the Legs were in complete control.

But with the heavy concussion suffered to Forster midway through the third term and knee injury to Abbott soon after, it was becoming apparent Norwood was metaphorically running up and down on the spot.

Shenton, unlucky not to be selected in the West End State side, continued to work hard for his 30 touches but ultimately the Crows proved far too strong with their superior work-rate after the main change.

Norwood will now make the most of the rest as the West End State side tackles the WAFL in Perth next weekend before playing the Eagles at Maughan Thiem Kia Oval in Round 7 while Adelaide will confront arch-rival Port Adelaide at Alberton.