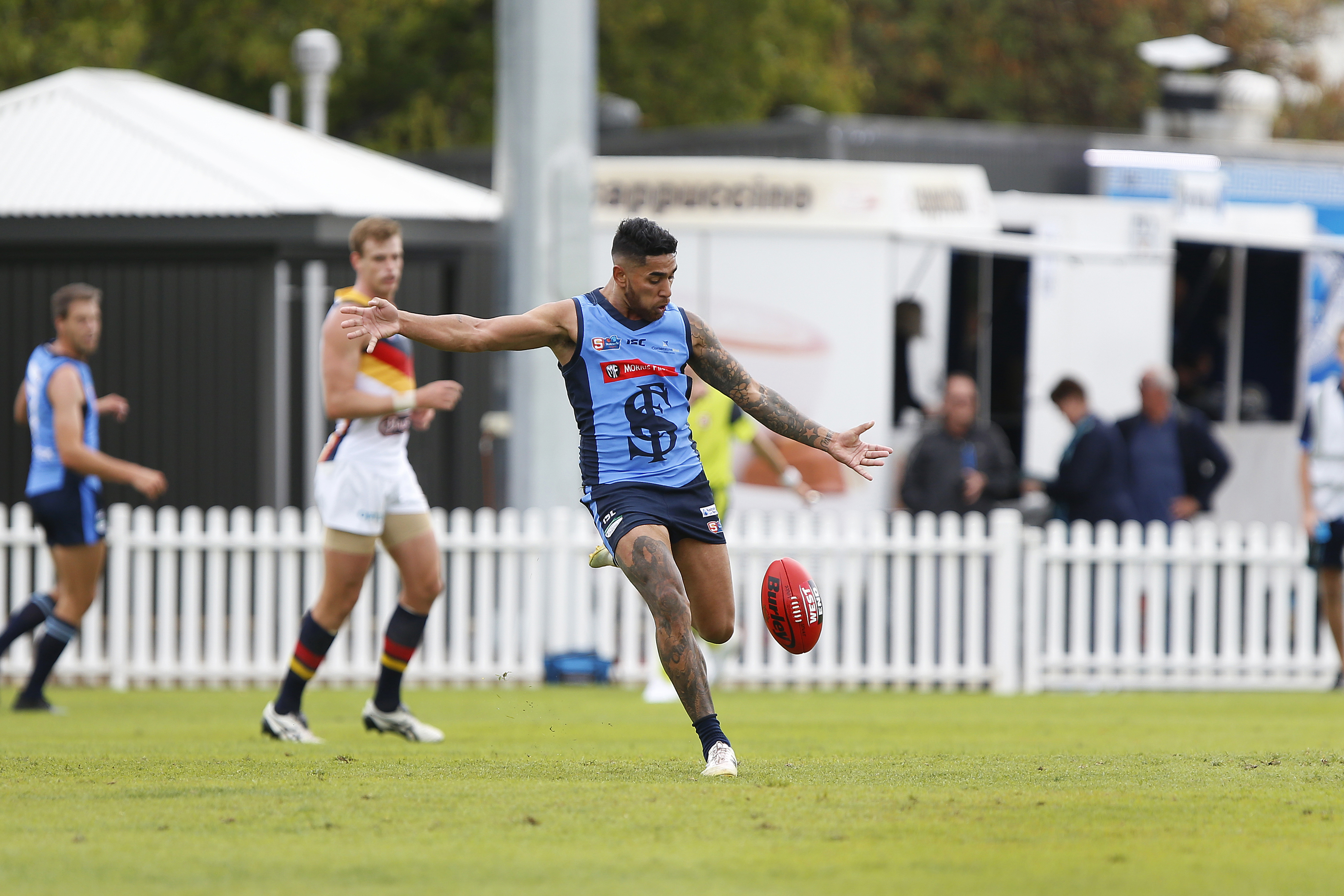 Byron brings up his Century

There’s a lot riding on Byron Sumner’s 100th Statewide Super League game and the Sturt premiership defender wouldn’t have it any other way.

Facing Glenelg at Peter Motley Oval, Sumner’s Double Blues need to beat the minor premier to ensure they line up in the Elimination Final.

Speaking on SANFL Radio, the 27-year-old reflected deeply on his journey to triple figures, which began with Woodville-West Torrens in Round 16 of 2009 as a talented teenage forward.

A two-year stint with AFL club Sydney in 2010 and 2011 was life-changing on and off the field as Sumner revealed how his battle with anxiety cut short his career with the Swans.

He also transformed himself into the dashing, long-kicking half-back SANFL fans have come to respect in the Statewide Super League today.

After playing 54 games with the Eagles until the end of 2014, Sumner took a two-year break from SANFL ranks to play with Gaza and River Murray Football League club Jervois.

His former Swans team-mate and Sturt premiership coach Marty Mattner then invited him back out to trial with the Double Blues at the start of 2017, with Sumner going on to experience his most enjoyable year in football.

Not only did he design Sturt’s Indigenous Round guernsey, he played his role in the club’s second consecutive premiership – a one-point nail-biter against Port Adelaide.

A qualified mental health first-aid officer, Sumner speaks openly about his experiences in the hope of reducing the impact of anxiety and depression amongst footballers and the wider community.