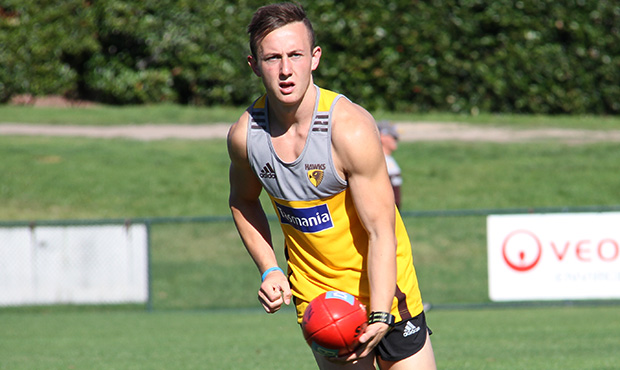 Billy brings his pace to Prospect

Featuring in 76 AFL games for Hawthorn and North Melbourne between 2014 and 2018, Hartung is keen to play at the highest level possible as he looks to reignite his career at elite level.

After managing 63 games for the Hawks in four seasons, including the 2015 Preliminary Final win, the 24-year-old spent the 2018 AFL campaign with the Kangaroos, where he lined up in 13 matches.

Upon his delisting from Arden Street, Hartung played for St Bedes Mentone in the Victorian Amateur Football Association before transferring to St Kilda City for the season half of 2019.

North could yet welcome back another pair of former Roosters from the AFL in Robbie Young (St Kilda) and Harrison Wigg (Gold Coast) after their recent delisting.

Young, a classy contributor to the club’s 2018 Statewide Super League premiership, would add even more spice to the forward 50m with his elite speed while Wigg’s lethal left foot kick could cause plenty of damage off the half-back line.