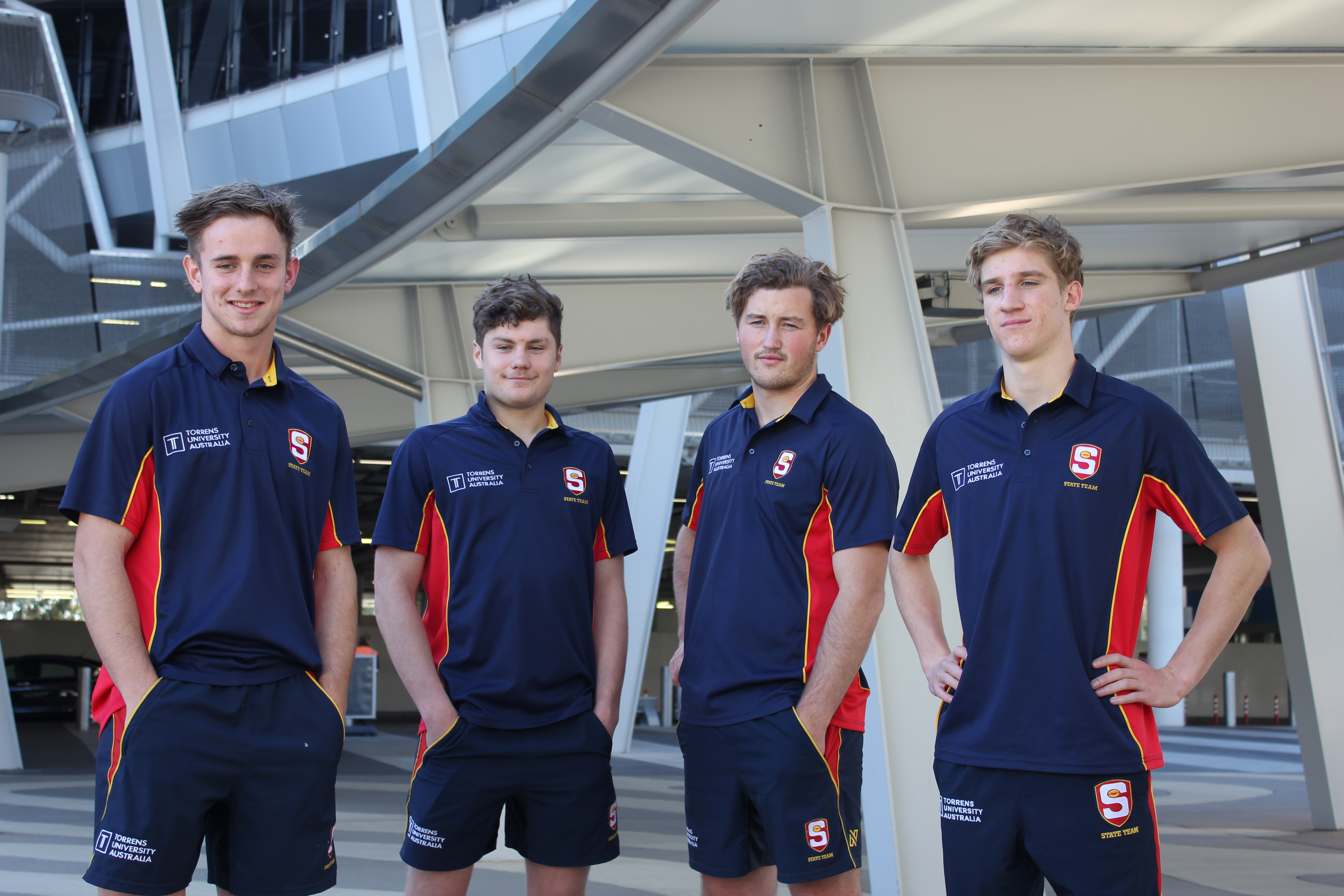 Awesome Foursome in U18 All-Australian Team

Four Torrens University SA U18 players have been named in the 2019 U18 All-Australian team announced on Thursday.

Captain Will Gould, midfielders Dylan Stephens and Jackson Mead, along with SA MVP Harry Schoenberg have earned a berth in the team of the AFL U18 National Championships.

Gould, who marshalled SA’s defence throughout the tournament, was a fitting recipient of his second All-Australian guernsey after earning a berth in last year’s side as an underage player.

The Glenelg backman was named in defence while Woodville-West Torrens’ Mead was selected in the All-Australian forward line.

Norwood wingman Dylan Stephens and Eagle Schoenberg were listed on the interchange bench.

Speaking on SANFL Radio, Schoenberg said missing out on initial selection in the Torrens University SA U18 squad spurred him on to improve areas of his game, including his cleanliness with the ball in hand.