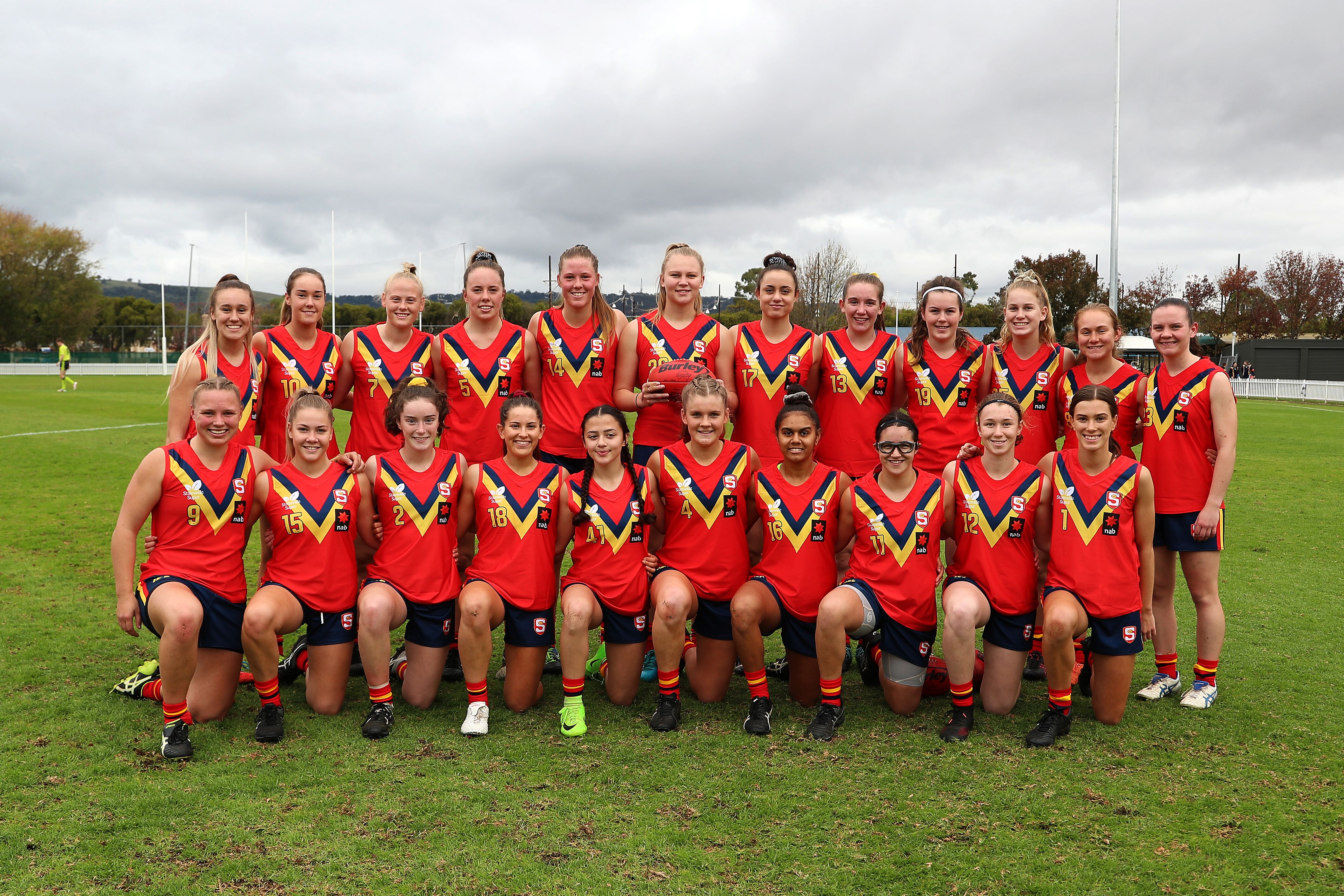 The Statewide Super SA U18 Girls Squad has backed up its double-win against the Northern Territory last year with another dual victory in 2019.

After powering to a 58-point win at Peter Motley Oval on Friday afternoon, the Croweaters backed up their success against the Top End with a commanding 69-point triumph on Sunday morning at Karen Rolton Oval.

Coached by Bill Economou, SA restricted its northern rivals to just two behinds in the second encounter as several girls pushed their claims for inclusion in the Central Allies team for the U18 Girls AFL National Championships on the Gold Coast in July.

South Australia will now join forces with the Northern Territory to form the Central Allies, the second year of the union which will see them tackle the Eastern Allies (NSW/Tasmania), Queensland and Western Australia in the space of five days from July 8-12 in south-east Queensland.

The Statewide Super SA U18 Girls Squad is gearing up for its annual two-game series against the Northern Territory on Friday and Sunday.

With a squad of 24 players now finalised, the Croweaters are aiming to repeat last year’s effort which yielded two wins from two starts against the Top End.

Neill also noted that all players chosen have played at least one senior game in the Statewide Super Women’s League, as the depth in talent continues to blossom in South Australia.

To be coached by Bill Ecomomou, the SA team will play the NT at Peter Motley Oval on Friday before facing them again on Sunday at Karen Rolton Oval.

West Adelaide best-and-fairest Abbie Ballard has been ruled out for the two matches v NT with concussion but remains in the selection mix for the Central Allies.

Both games this weekend will again be used as a strong guide for the selection of the Central Allies squad, which will again include the best U18 girls from SA and NT joining forces for the 2018 AFL Girls National Championships on the Gold Coast from July 8-12.

Exciting Eagles pair Tesharna Maher and Kiana Lee will look to use their speed and goal sense respectively while their Woodville-West Torrens team-mate Jaimi Tabb can be used in a variety of roles across the ground.