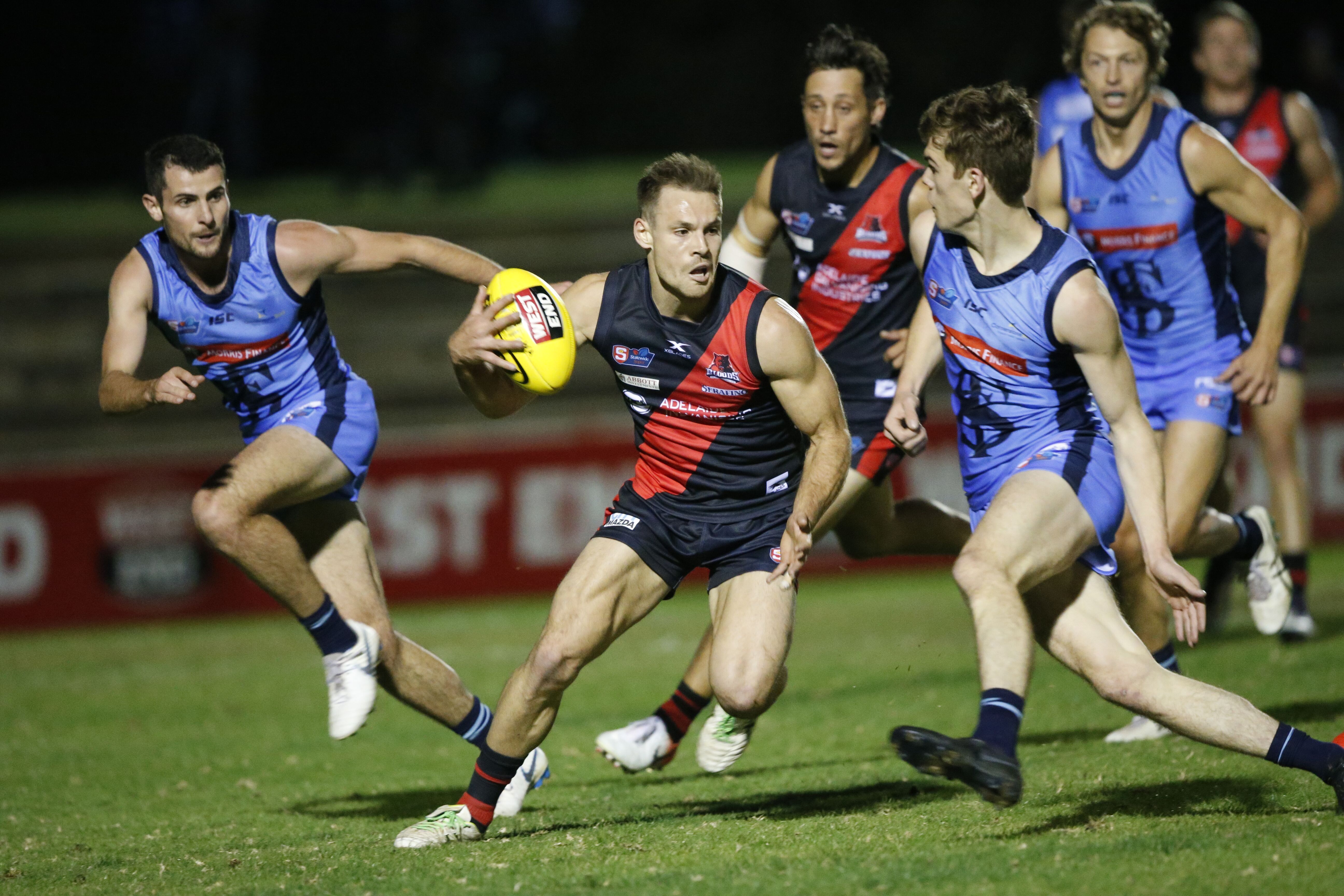 SANFL clubs continue to strengthen their local ties, with as many as 57 players earning $28,500 for Community Football Clubs under the RAA Rookie program in 2019.

Surpassing the total of 56 players who made their debut last year, 52 in 2017 and 46 in 2016, the class of 2019 each earned $500 for their original Community Football Club as well as a framed picture of them to hang in the clubrooms.

West Adelaide’s Nigel Osborn was this year’s significant story of perseverance, making his debut at the age of 28 for the Bloods in Round 7.

A perennial representative for the SA Country team, Osborn started his SANFL journey back in 2007 with Woodville-West Torrens’ Under-17 team.

After playing  for the CMS Crows on Yorke Peninsula and Mallala in the Adelaide Plains Football League, the strongly-built midfielder finally earned his call after logging a season and a half in the Bloods’ Reserves.

Another mature-age revelation in 2019 was North Adelaide’s utility Billy Laurie, who played in all 18 of the Roosters’ League games this year after making his debut in Round 1.

Originally from Kybybolite in the south-east, the 26-year-old decided to test himself at State League level after previously lining up with Glenelg in 2012 and Keith in 2018.

Laurie was one of 10 RAA Rookies for North this year, as coach Josh Carr looked to promote talent from within for the long-term future of the club.

South Adelaide and Central District each had eight debutants to round out the top three SANFL clubs for promoting local talent in 2019.

Players with familiar surnames such as Jake Weidemann and Casey Voss lined up in League company for the first time while several of SA’s AFL Draft targets also tested themselves against mature opponents.

Two players eligible for the 2020 AFL Draft – West Adelaide’s Riley Thilthorpe and Central’s Corey Durdin – also joined the list of RAA Rookies despite only being 17 years of age.