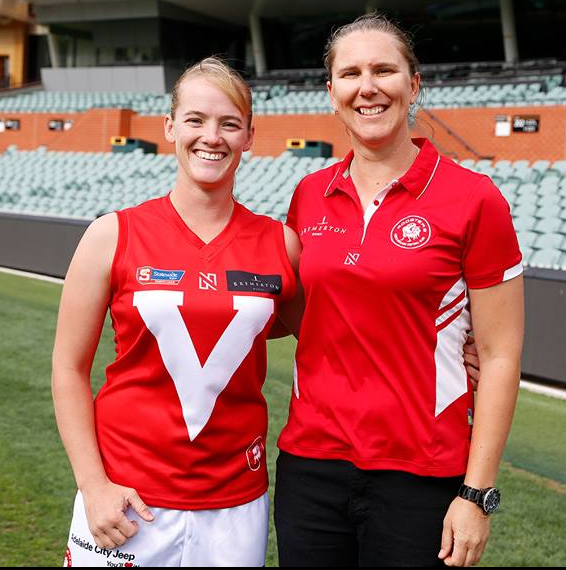 North Adelaide’s Women’s team is being driven by the heartbreak of last season’s abrupt end in the 2018 Statewide Super League Preliminary Final.

After losing to Norwood in the 2017 Grand Final, the Roosters were warm favourites against the Redlegs on their home deck at Prospect but were unable to get going as their arch-rivals booked a berth in their second consecutive title-decider.

It will be a vastly different red and white outfit which opens its minor round account against Norwood on Friday February 15, with five players selected by AFLW clubs during the off-season.

This will ensure the experience of highly-regarded assistant coach Emma Sampson (pictured above with Britt Perry) will be very much welcomed when she makes a return to playing ranks in 2019.