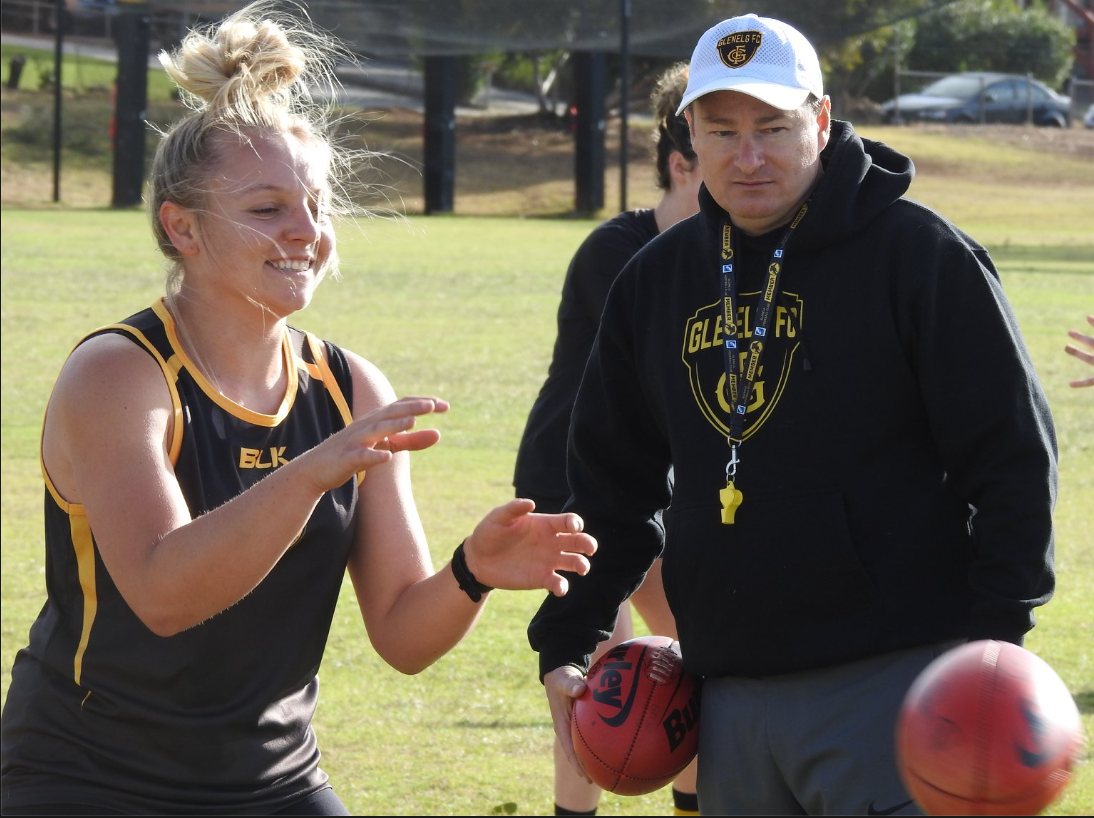 Glenelg is forging ahead under new Women’s Coach Jason Fairall, with the Tigers hitting the 2019 Statewide Super Women’s League with plenty of renewed enthusiasm.

Coming off a bottom-placed finish last year, the Bays have overhauled their list with the majority of new players originating from the club’s local area.

Speaking on SANFL Radio, Fairall said he was excited to see the new breed of players develop this year, with key recruits including Caitlin Gould (Happy Valley) and Morphettville Park pair Chelsea Packer and Ellen Fauser.

Glenelg has lost the on-field experience of veterans Lexi Edwards and Angela Moritz but in a positive, they are remaining at Brighton Road as assistant coaches.

Edwards has retired while Moritz has joined Sam Allan on the sidelines for 2019 with a long-term knee injury.

The Tigers will open their Statewide Super League campaign with a contest against competition newcomer Woodville-West Torrens on Friday February 15 at Flinders University Stadium.