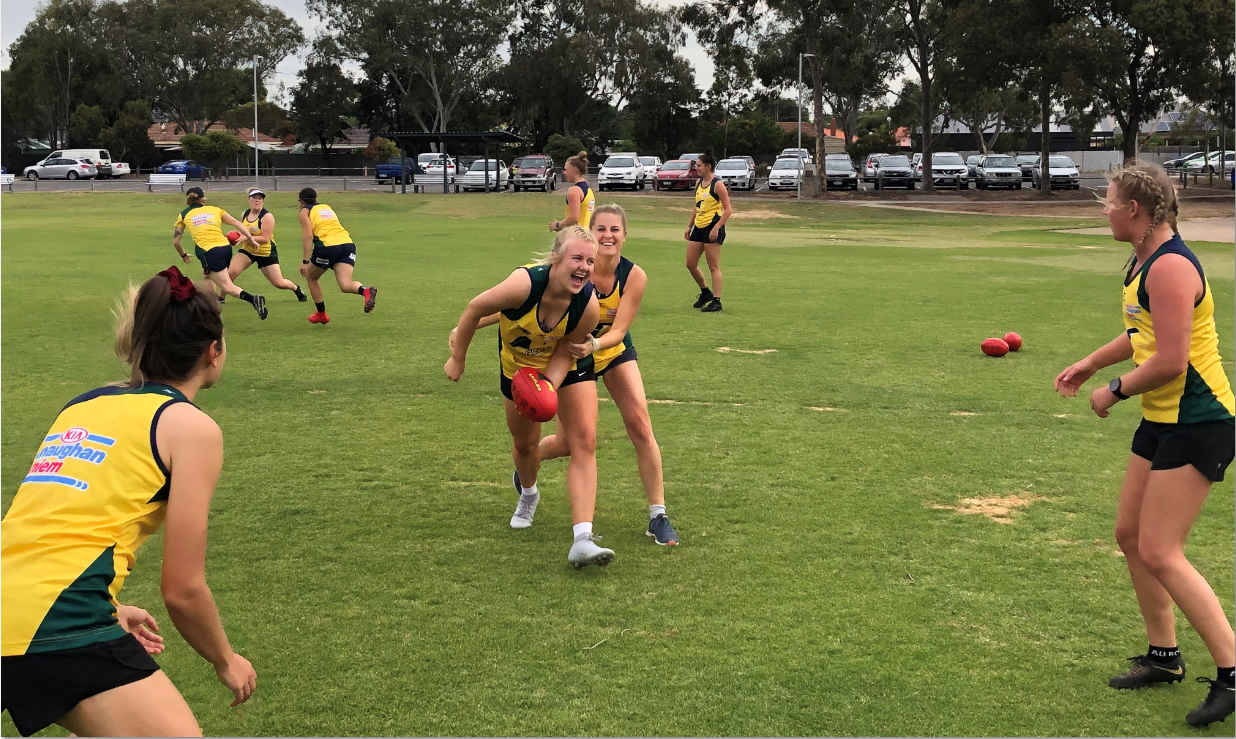 Planning to tackle Glenelg in the club’s historic season-opener at Flinders University Stadium, Baxter says this solid foundation has allowed her to get a solid feel for her playing group with a host of players coming from different backgrounds.

Speaking on SANFL Radio, the former Norwood assistant mentor said this valuable match practice has also allowed her players to master the new anti-density rules to be introduced this season.

The anti-density rules will demand that each team must have five players inside its forward half – including two inside the 50m arc – for each stoppage or kick-in.

Baxter has brought across several former Redlegs including co-captain Adele Gibson and Georgia Taylor while former GWS player Stephanie Walker has been impressive on the training track.

The Eagles other co-skipper is Tash Farrier, who is expected to find plenty of the ball in the centre square after transferring from another physically demanding sport in Ice Hockey.

Youngsters Kiana Lee and Tesharna Maher, the niece of former AFL players Aaron and Alwyn Davey, are expected to make their presence felt, with Lee shining in front of goal during the trial matches.